I’m including the Moscow sprints here, but generally these races are notorious for low attendance. They require some of the most travel for many of the Europeans and they are often scheduled very near the Scandinavian nation’s national championships.

Did this year’s races attract a stronger or weaker field than in the past?

This is hard to measure objectively, since there are a million different ways you could go with quantifying “field strength”. Here’s one simple take:

This shows the proportion of the top thirty skiers that season (up to the Russian World Cups) who attended. 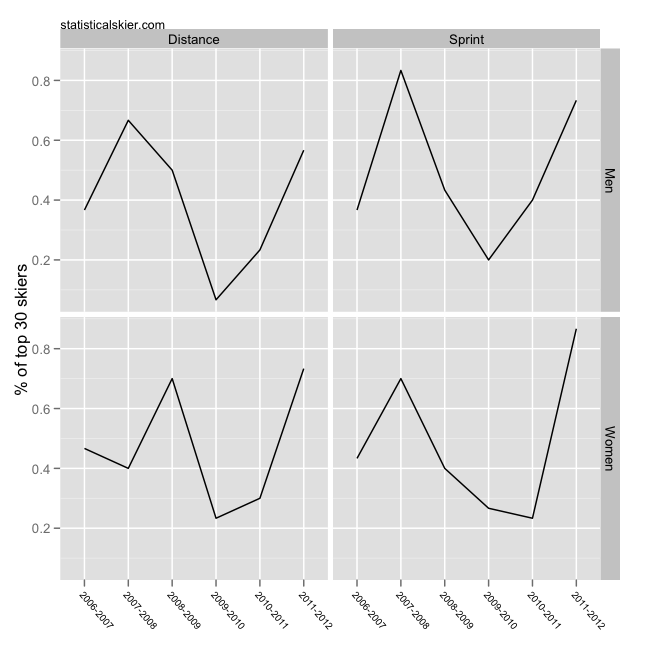 The measures FIS has been taking has definitely improves things since the embarrassing 2009-2010 races. The men’s fields have been getting more competitive at these races for two straight seasons now. The women’s sprint field took a huge jump this season. They weren’t all the most competitive the Russian races have been in the past (at least by this measure) but they’re about as good as we’ve seen.

These are pretty exciting times for the US women’s team, no doubt about it. One way I like to look at US skiing development is to compare our “premiere” WC skier to the rest of our team, since we tend to have lacked depth. So here’s a graph of Kikkan Randall’s distance results compared to those of her teammates: 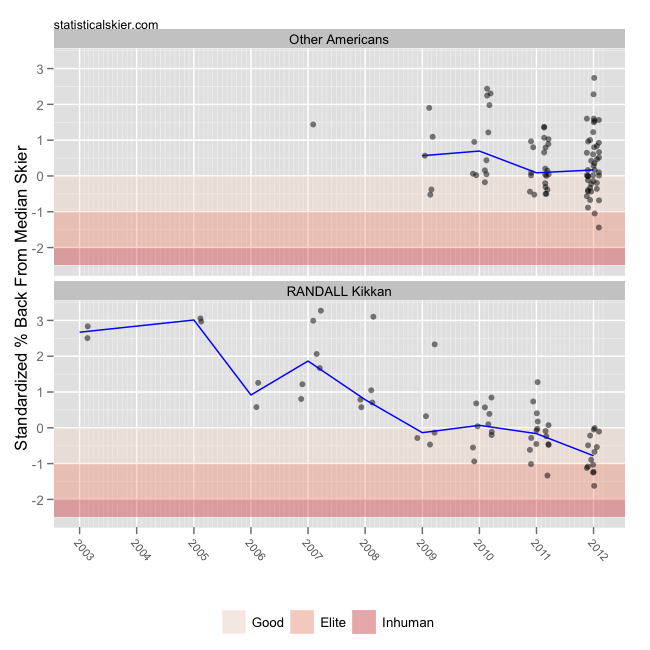 Note that Kikkan’s teammates have produced a handful of better results than we’ve seen from someone not named Kikkan. But the overall trend for the group is mostly flat. Compare that to an equivalent graph for sprinting: 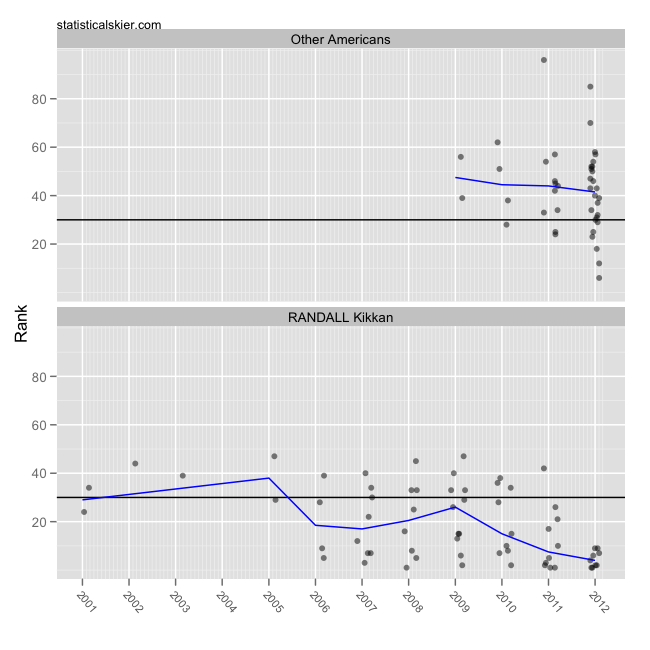 Here I can detect a slight downward trend (i.e. improvement) in the results of non-Kikkan, as well as the notable extremely good results. I’ll be curious to see how Jessie Diggins’ distance races go for the rest of the season, since we generally seem to have seen more of Kikkan’s sprinting success trickling downhill than her (more recent) distance success.