EvanFebruary 5, 2012
We had another great sunny day up at Trapps with some great results, once again led by Heidi and MK who skied high up in a very strong carnival field. 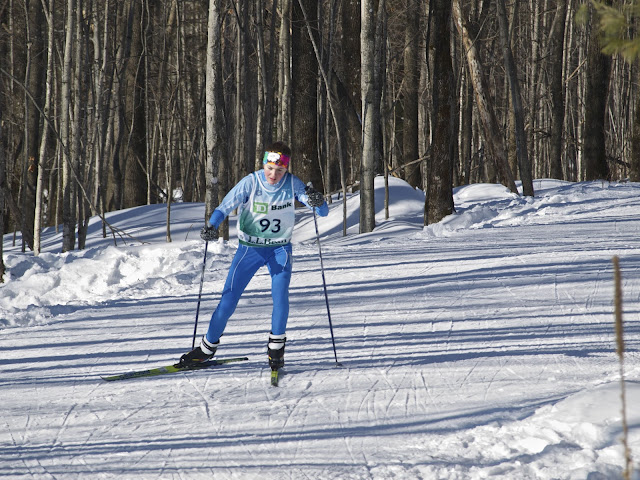 New Jersey native Gracie led things off for us in the cold morning, bombing around the tough 5 km race track in just her second race ever. 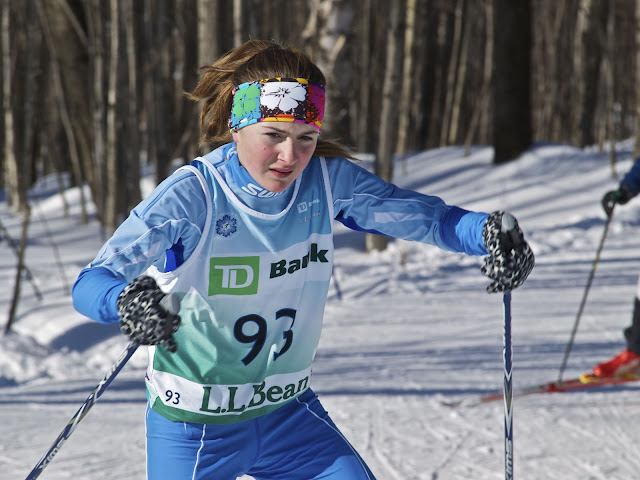 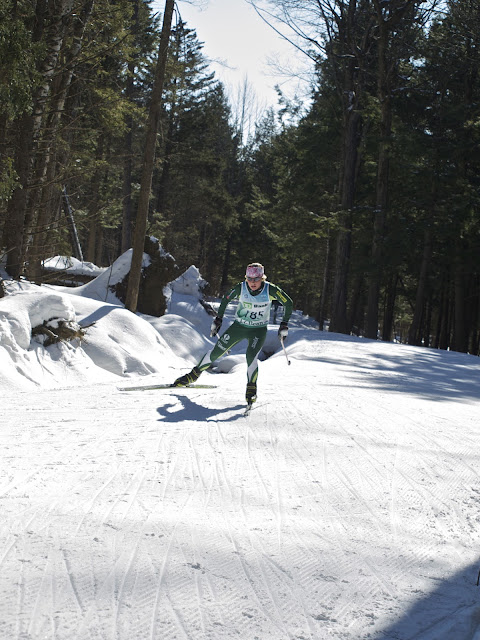 MK had another very strong race, skiing solidly to 30th place overall for the women. She was the first non-college OJ for the second day in a row. Sick! 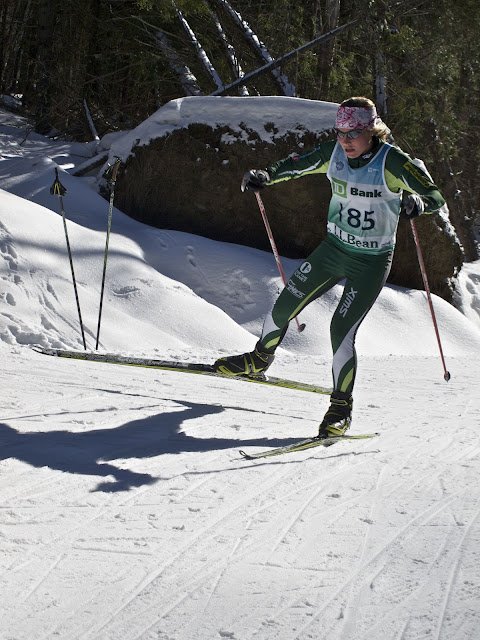 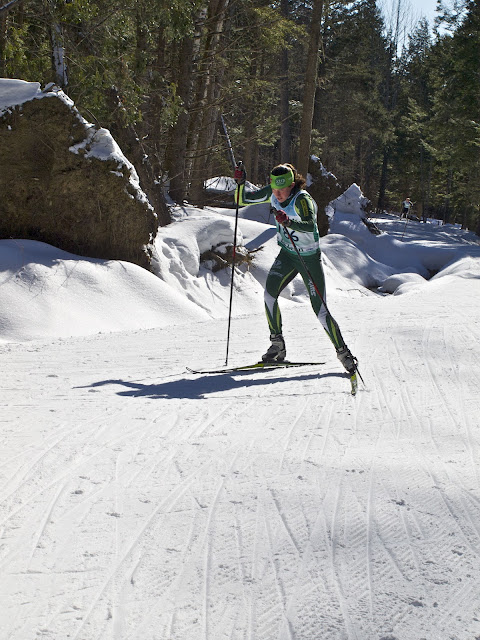 Heidi raced to 23rd, finishing just 11 seconds behind Corey Stock, who was the first non-college junior. Heidi was the 4th non-carnival skier, behind only Corey, Clare Egan, and Nina Gavriluk, a former Olympic Champion. 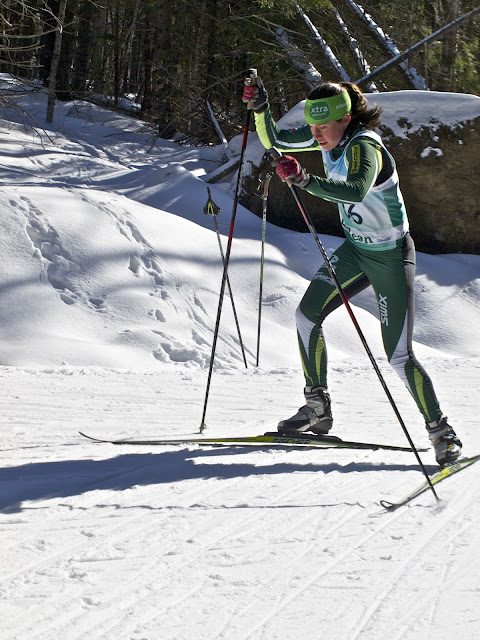 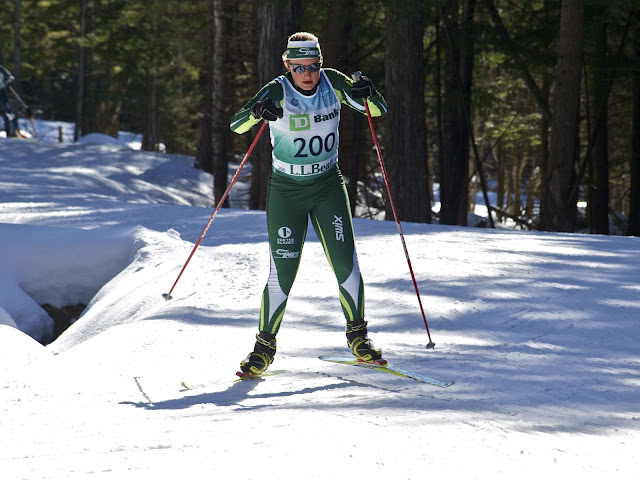 Fitzy cruises up the gradual climb at 3 km: she finished the weekend satisfied but wanting more. We’ve got one more crack at it in two weeks. 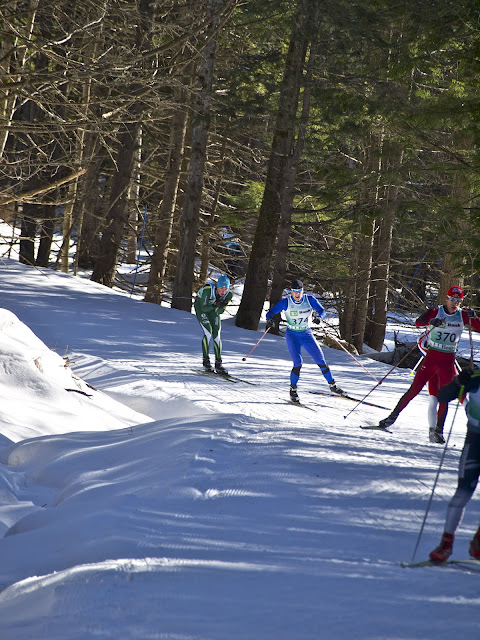 Hans follows Olympian Justin Freeman on the first lap. Hans skied a strong race and has made a solid re-entrace into distance racing. 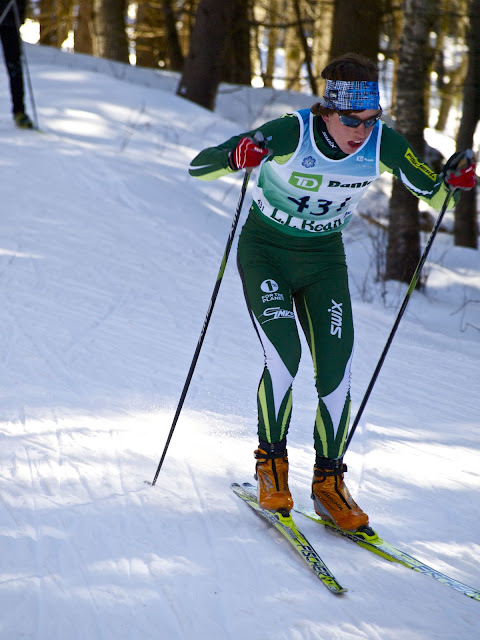 Dev finished right behind Hans after skiing a great second lap, moving up through the field. 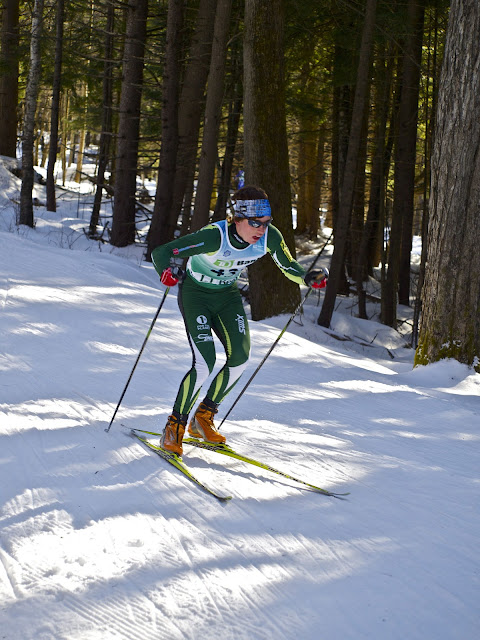 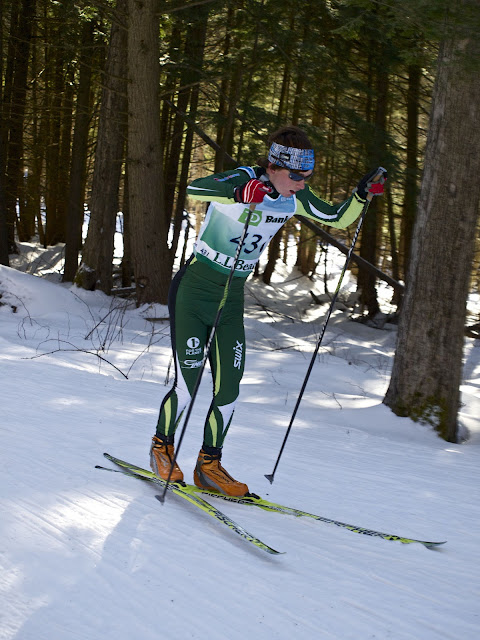 The Next [Next] Generation