I know the Moscow city sprints were exciting and all, but I’ll have some posts on them and the Rybinsk races next week. For now, as promised we have the follow-up for sprinting from Wednesday’s post. 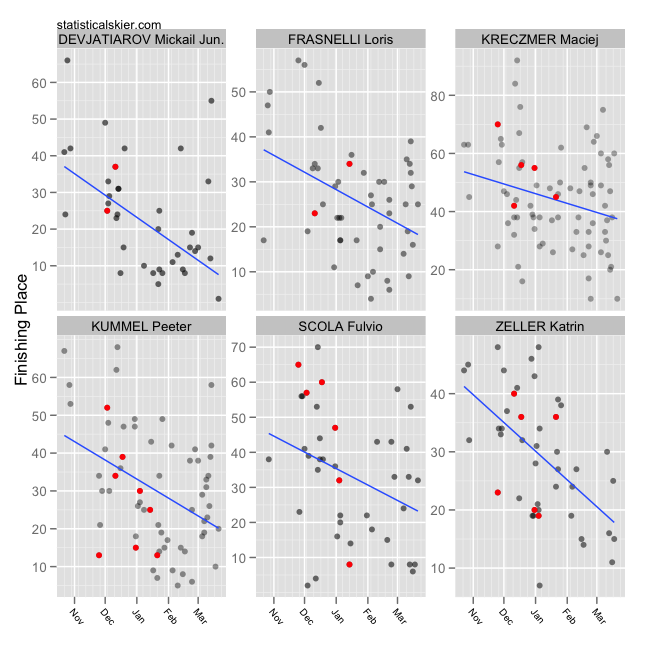 These are the folks with the largest improvements in performance (within season). As before their results from this season are highlighted in red. I’m most interested in following up on Devjatiarov, since his trend seems so stark.

As for the folks with the largest declines in performance: 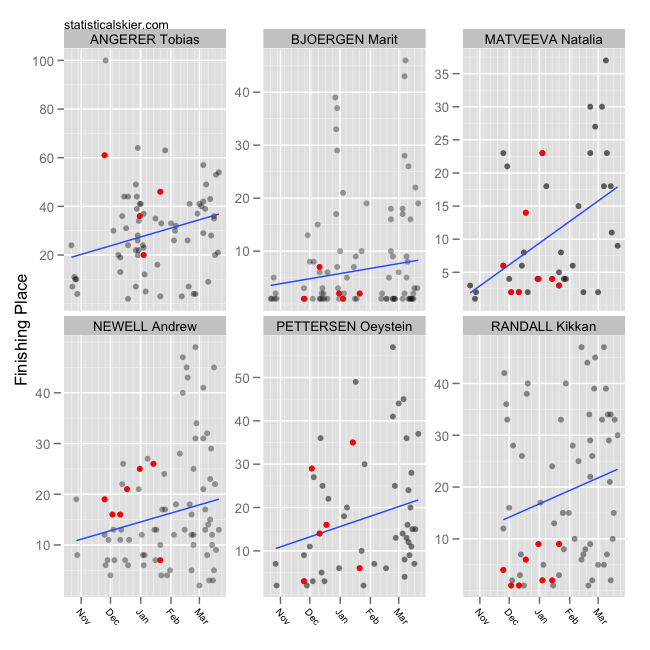 Not who you were expecting, eh?

So once again we have some Americans, who possibly do slightly worse late in the season do to increased travel demands. But how do we explain that the others here are some of the best sprinters, ever?

Well, keep in mind that saying that these skiers see the “biggest declines” during a season is a relative claim. So in Bjoergen’s case, she has had some poort sprint races, but never before January, basically. The trend for Matveeva I’m less likely to dismiss as a fluke since the difference in her case is so stark (although I don’t know her injury/health history, which can affect these things).

For Angere, Bjoergen and Pettersen I really want to think of some other explanation. But their bad races are certainly not evenly spread throughout the season.

Understanding Variables In Base Structures

Brooks is Back, Ready to go in Rybinsk