Cologna won the World Cup overall, but I always feel like he’s sort of in the background compared to other top skiing personalities. Doing well in the World Cup overall rewards not just speed, but showing up at tons of races and skiing fast. For instance, let’s check out his won/loss record versus the next several skiers on the points list. First, distance and sprint combined: 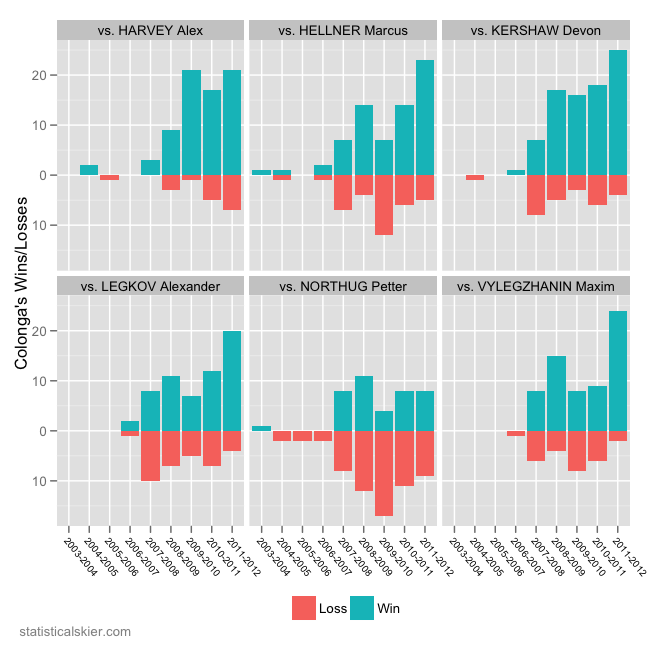 This looks pretty dominant to me, with the exception of Petter Northug, who skipped a good portion of the season. That was partly intentional on his part, to prepare for the Vasa, but then he got sick and missed a bunch more racing. So Cologna certainly deserves the credit for actually showing up and performing, but I’d still probably put more money on Northug, head to head.

Of course, we can break this down into distance: 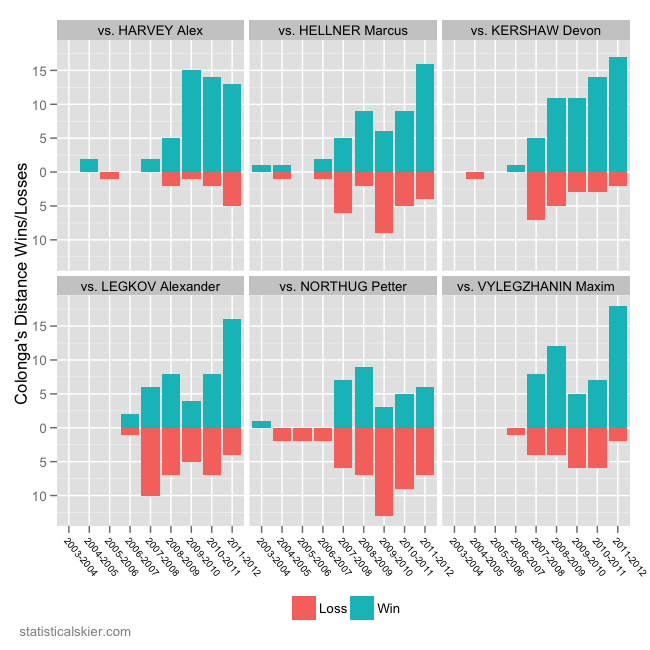 The differences are very subtle, you’ll probably have to look closely at the scales to see them. The sprint version of this graph is a little easier to spot: 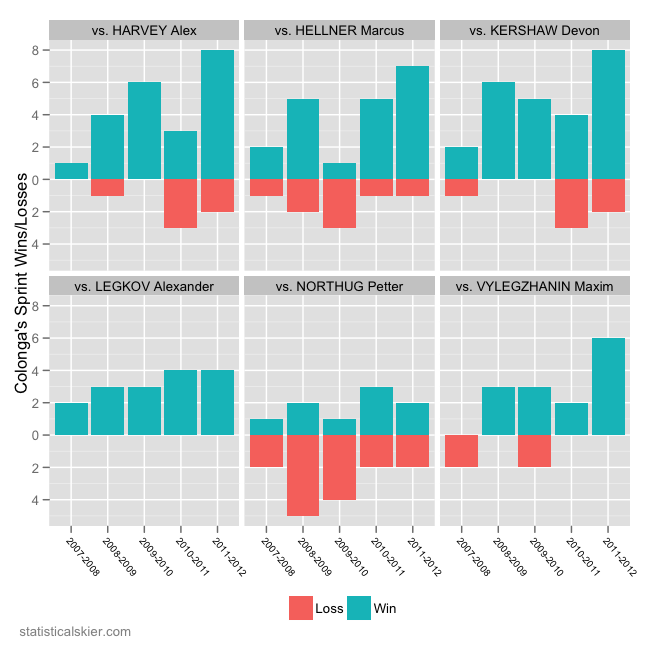 Here we see some differences in how often the Russians actually do sprints, primarily.