In some very sad news, we learned recently that Inge Braten passed away rather suddenly. It is difficult (and probably slightly foolish) to try to quantify a coach’s impact on skiing results, so let’s consider this post a rememberance, rather than an analysis.

Perhaps most famously, Braten coached the Norwegian men during their “Golden Era”: 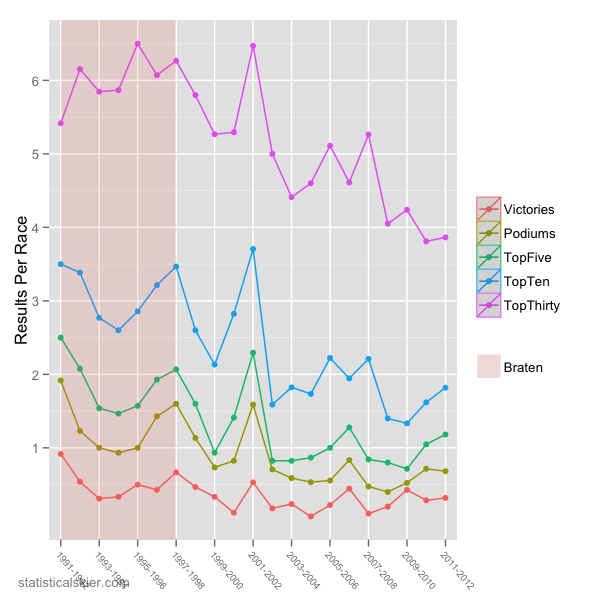 (My records only go back to the 1991-1992 season.) Norway has certainly continued to enjoy success since then, but I will always remember that period as one of extraordinary depth, as indicated by the number of top thirty results per race.

His next two major coaching stints were much shorter, first with the Swedish men: 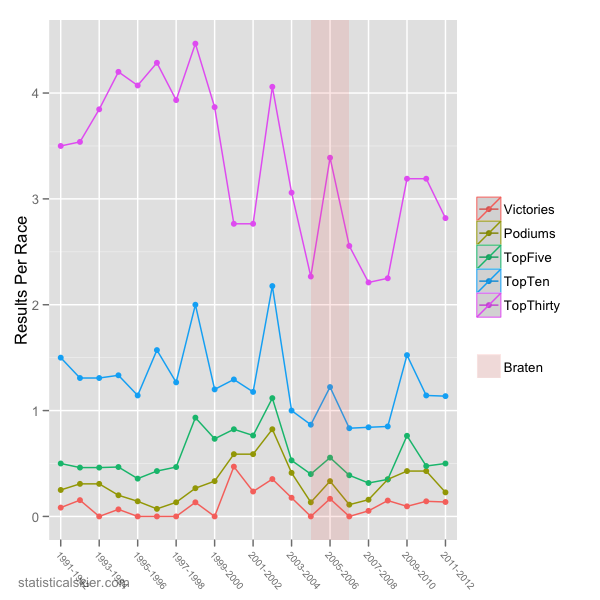 And then with the Canadian men basically just in time for the 2010 Vancouver Olympics: 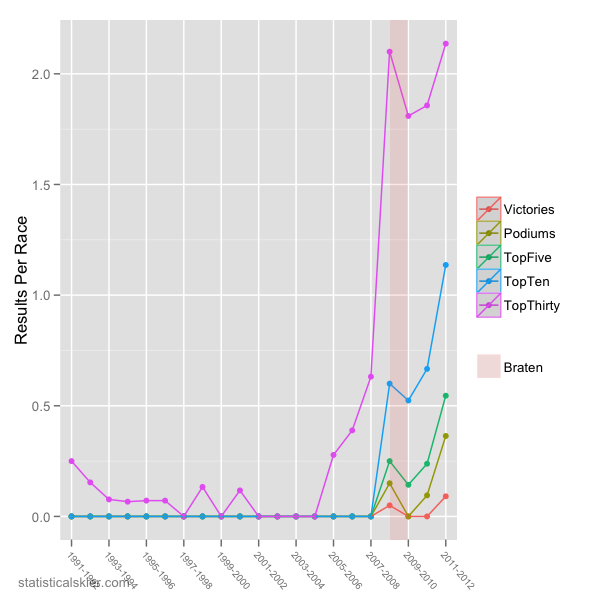 NENSA Coach of the Year.