FasterSkierApril 8, 2012
The 2012 ski season came to a close with the 50km National Championships in Craftsbury, Vermont.  The organizing committee and hosts, the Craftsbury Outdoor Center did an amazing job making the event happen.  When we arrived in Vermont we were greeted with temperatures in the upper 70s and the prognosis for the week was looking grim.  It is impressive to see what can happen when a community comes together.  The organizers focused on defending a short course of snow by trucking snow on to the trail from two incredibly large stockpiles of man-made snow. 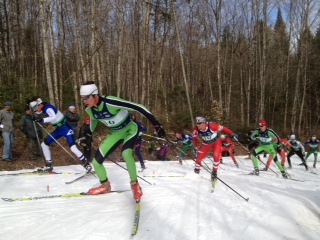 We raced 33 laps of the 1.5km course for the 50k.  The lead pack was quite large until about 8km to go which made for pretty exciting skiing.   I finished 11th which I felt pretty good about after struggling at the beginning of the week.  After a surprise second place in the hill climb up Jay Peak I was hoping that the longer slower pace of the 50km would treat me better but I think that I am pretty worn out after the year. 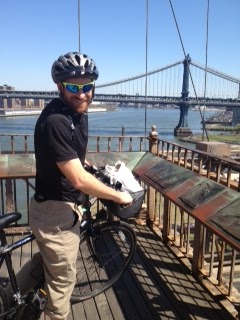 One of my favorite things to do after the ski season is to experience something totally different.  It was quite the shock to leave simple Vermont and head to the Big Apple.  I am not much of a big city person but it is fun to experience a completely different lifestyle.  Plus it was great to take advantage of being on the East Coast to visit family. 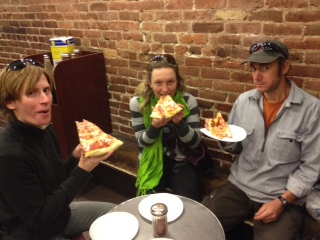 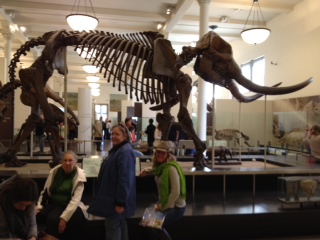 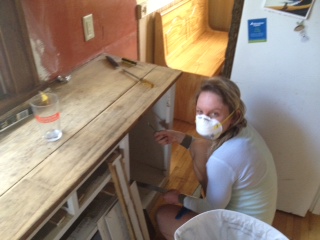 We arrived back in Minneapolis for the Easter weekend.  I am looking forward to being home and in one place for a while.  The Minneapolis schools all had Spring Break this week and the kids were excited to have us back in the ‘hood.’  I am not sure where they all came from but at one point there were 15 kids working and playing in the backyard.  Check out Cailtin’s blog for some great pictures on the garden project http://in-the-arena-ccompton.blogspot.com/2012/04/spring-time-garden-time.html

After a Night Out at the Club, Makarainen and Ferry Team Up for Mixed Relay Win in Moscow