A few other athletes that I was less familiar with are also retiring, according to FIS, beginning with France’s Emilie Vina. Naturally, I head over to Wikipedia and discover that apparently she’s a non-commissioned officer? Huh. I wouldn’t have been surprised if she were a biathlete, I suppose, but that’s not a combination you see much in cross country.

Compared to many of the retiring skiers I profile here, her distance WC racing was relatively limited: 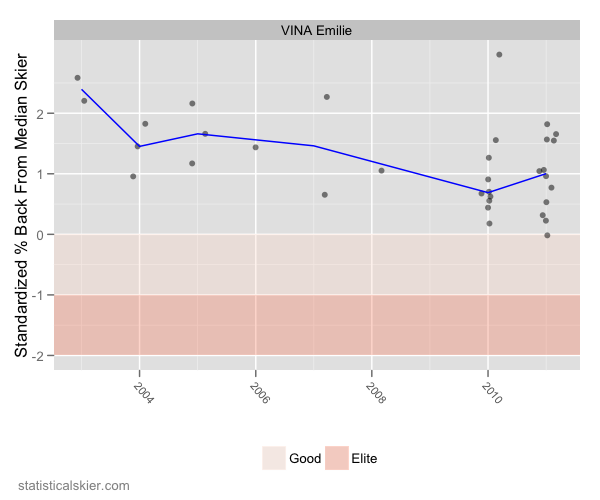 And not her most successful event. She did do a lot more sprinting, though: 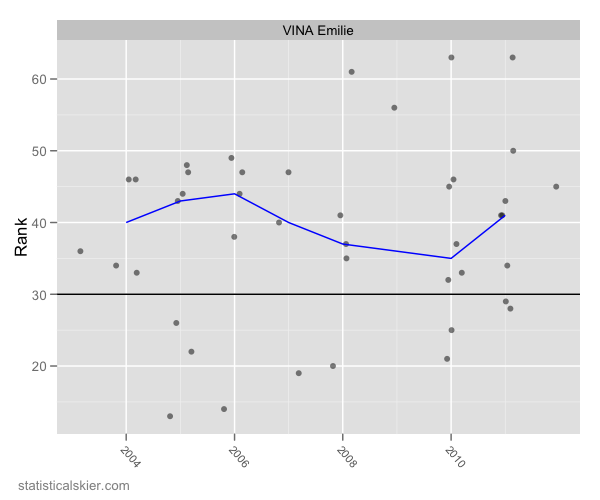 She apparently focused mostly on freestyle (34 freestyle sprints vs 9 classic) but wasn’t so choosy with the distance events (18 freestyle, 11 classic and 5 pursuits). Since she doesn’t have quite as many WC starts as some other folks, we could simply look at all of her FIS point results: 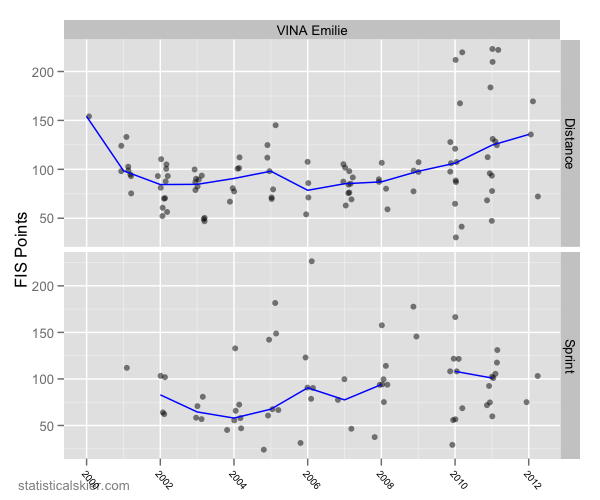 A partial season in 2009, injury or illness perhaps? Of interest to some may be her WJC results, which topped out at 6th, 7th and 13th in 2002. Ironically, the two better results were in the distance events.

"There’s Less Than 700 Days to Go, So We’re Not Missing Any Opportunity"

The Ghosts of 1984: In Search of Sarajevo’s Olympic Past