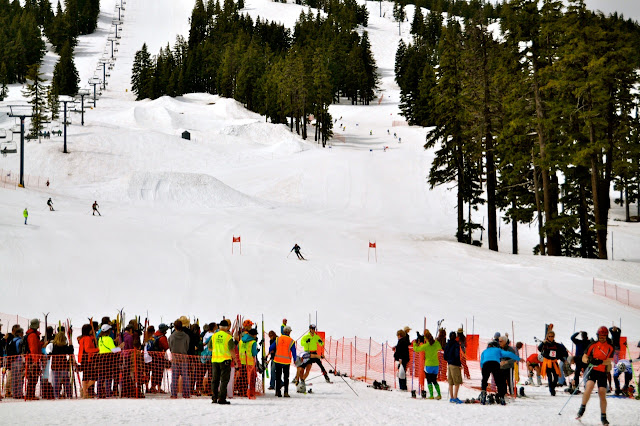 An update from Skyler in Bend, OR:  “Two weeks on the road for half of the SMS Elite Team!  Jessie, Andy, and I had testing in Park City at the Center of Excellence.  All sorts of testing was done, including: VO2 max testing, strength tests and a lot of treadmill skiing!  SMS Elite Team Coach Gus Kaeding was out in Park City for the USSA coaches meetings, so it was good to have him there to get some technique focus early on in the season before our on snow camp in Bend, Oregon. 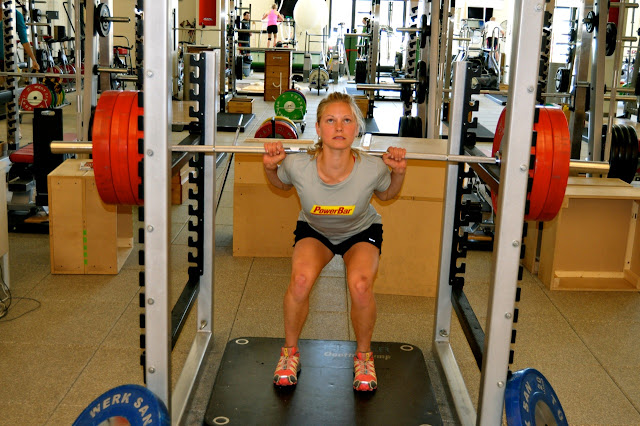 We are currently at our first US Ski Team camp of the 2012 -2013 season in Bend, Oregon. It is awesome – there is plenty of snow and great skiing conditions! It’s been a great camp and a great time for everyone so far; with one more week we are hoping to get more skiing and work on technique with some added intensity here and there.
Pictures: Jessie (above) and Jessie and Kikkan (below) at the COE in Park City. 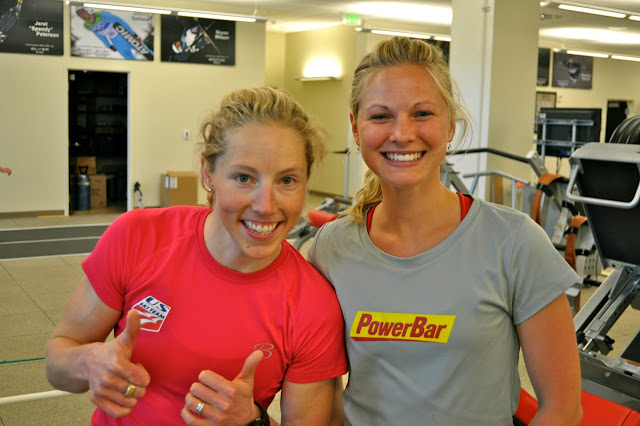 This past weekend we had the PPP (Pole Pedal Paddle), which is the World Series of Bend, Oregon. The US Ski Team cleaned up.  Our boys team won with the fastest time of the day. Our ladies teams did the same; they went one, two!  The Bird Man took the individual title and lifetime glory in Bend! It was a great event run by MBSEF (http://www.pppbend.com/). 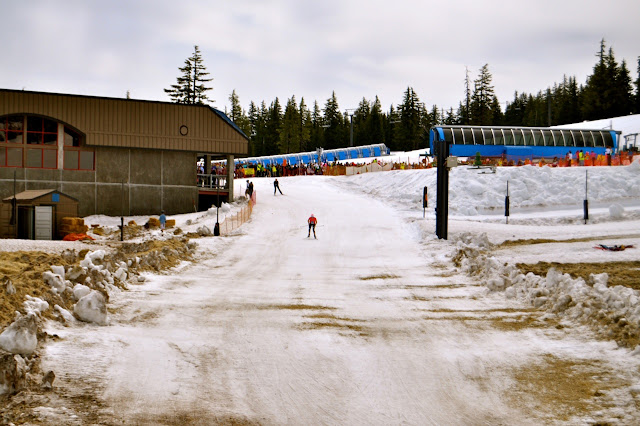 More updates & pictures soon from the 2012 -2013 USST Camp in Oregon.”
Picture above, start of the PPP xc race course. Below, finish of the race. 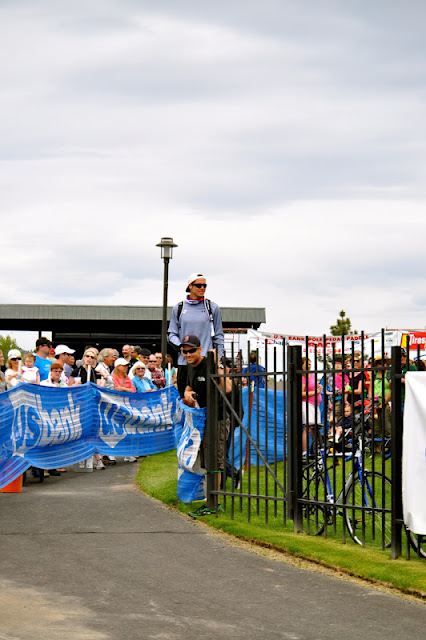 First Day Back at Lot 1