Travel is a big issue for cross country skiers, particularly those of us living in North America.  Flying back and forth to Europe can be both time consuming and exhausting for athletes.  Obviously, this can have some serious effects on performance.  Of course, this works both ways.  Presumably it’s difficult for Europeans to travel to World Cups in North America as well.

Let’s see if we can see any general trends in the data.

What I’ve done is to take distance results for each skier since 2001-2002 and calculated the average of their best few races in North American and their best few in Europe, for each season.  Generally, I took the athlete’s best three races, but obviously there are a lot of cases where people have done only 1-2 races on a particular continent in a particular season.  In those cases I used whatever races were available.

This means that in some instances we’re comparing a skier’s best three races in Europe to the one race in North America.  So keep this small sample size warning in mind.

The resulting data can be plotted in two dimensions: 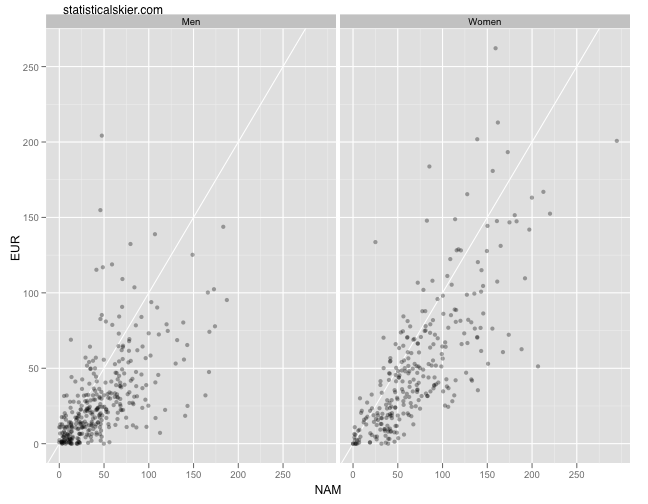 Each dot represent the results for a single athlete in a single season.  Above the diagonal line would indicate that a skier did better in North American (NAM) and vice versa.  The general trend here is better performances in Europe, although keep in mind that nearly all these points represent European skiers.

What happens when we focus in on some specific nations?  First the USA: 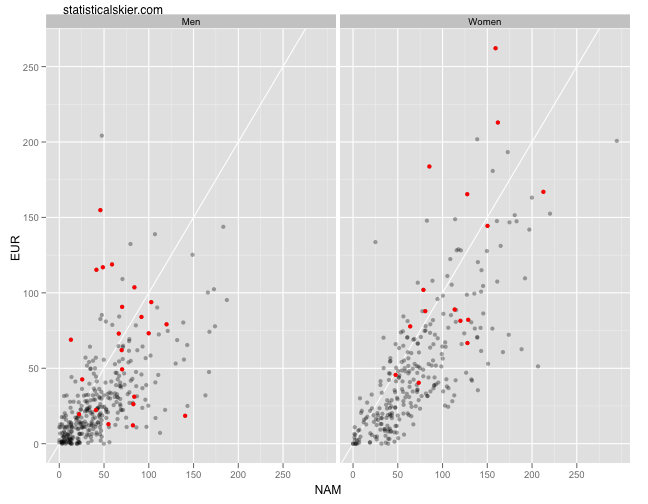 American skiers are in red.  Quite a bit of variability, but no decisive trends across athletes, to my eye.  How about the Canadians? 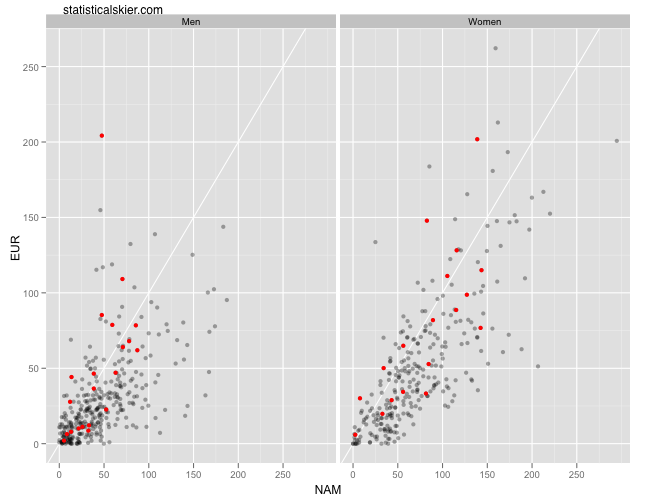 Let’s take a look at the Norwegians: 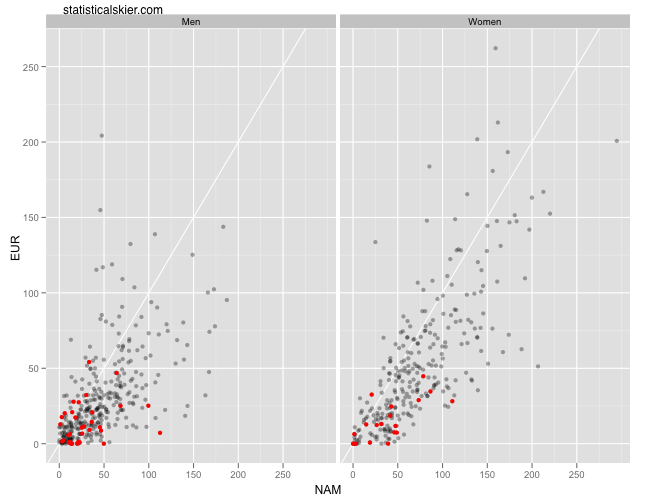 This is about what we might expect, if we hypothesized that travelling impacts racing to a fair degree.  The Norwegians do, in general, seem to fair better in Europe.

What’s interesting to me here is that while there are certainly some North American athletes that have skied better in North American than in Europe, we don’t see nearly the broad trend that I was expecting. Now, obviously, I haven’t accounted for potential differences in race penalties in different regions. Theoretically, the penalties should ensure that FIS points transfer across regions, but we all know that doesn’t work entirely. So a good follow-up to this would be to focus in on only WC level races with a fixed penalty of zero.