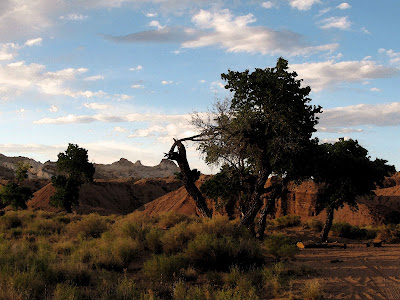 With the weekend came my chance of escape. If not from the summer’s triple-digit heat, from the city, from the daily routine, for the rock and sand and serpentine labyrinth of Utah’s canyon country. 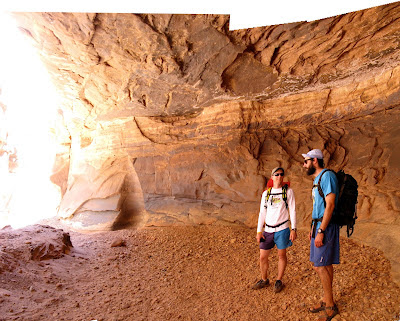 My two compatriots for the trip were Tony & Louie Ronzoni. Here we trade in stories as we make our way down, down, down, the White Canyon in Utah’s Emery County. 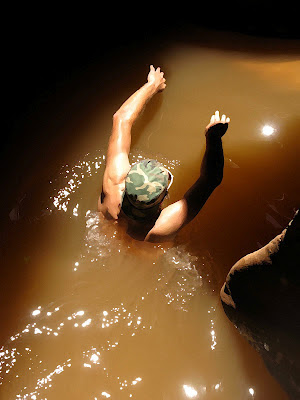 At the depths of the White Canyon, the walls reach ever-higher as the slot canyon walls narrow to little more than my body’s width. Wind rushes through. Pools of water eleven feet deep stand from another day’s flash flood. It’s a mandatory splash and swim endeavor through sections like these. 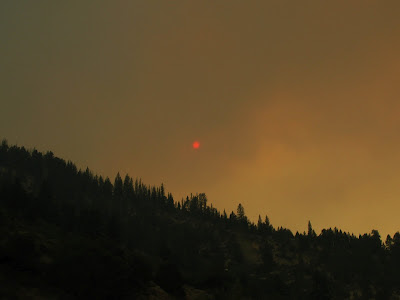 After two nights, two days, and three canyons it’s time to head back up north. We wind our way up through Highway 6, by the watermelon farms of Green River, beside the train tracks of Helper, Utah (named for the extra locomotive engines needed to lead the freight headed up Price Canyon to the peak at Soldier Summit). Here, the sky turned dark, mean, and red. It was the kind of sky where you could stare straight into the sun. We drove down the old-main drag of Helper. It’s a mostly forgotten place, though with much of the charm left in tact. Filling up with gas across from the boarded up Piggly Wiggly and liqour store I catch the conversation of two Carbon County locals.

“Sheet, maybe it’ll burn it all down and den it’ll all be built up better den before.”

Half a minute passes. The second one continues, after pulling a fresh pack of Marlboros from a   carton, and lighting up.

“I don’t mind it none. The way we smoke and the way we’d a worked, dis don’t do nothing to me.”

Coal miners, they are a hardy breed.

Finally, I have to give my props to the ITA Athletes putting it all on the line for the opportunity to make it to London and represent themselves and the USA at the Olympics. Your stories and your grit are something to be much admired. Bonne Chapeau.

Rollerskiing and Shooting at the Range w/Algis