FasterSkierJuly 5, 2012
We just returned home from Craftsbury VT where the NENSA USSA R.E.G and J2 Camp were taking place. This was the third year in a row that NENSA has allowed Mid-A to select athletes to attend the camp in addition to the NENSA athletes who qualified. This is also the third year in a row that I have been able to attend as a coach. 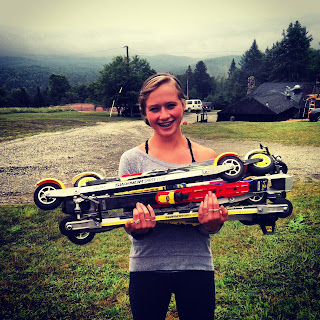 ( We just arrived but it was time to get to work ! Riley was all smiles after learning that she would not have cell service and that the Lululemon store was yet to be built in Craftsbury !!)
This year we were represented at the R.E.G camp by Adam, and Alyssa. Attending the J2 camp were Riley, Peter, and Tommy. To have 5 of the 7 Mid-A athletes represented speaks volumes about the ability of athletes we have training with us this year. The goal of the camp is to bring together the best athletes in NE to train together and raise the bar that is also the goal with R.N.R within Mid-A. So to have our athletes attending this camp is a huge advantage. 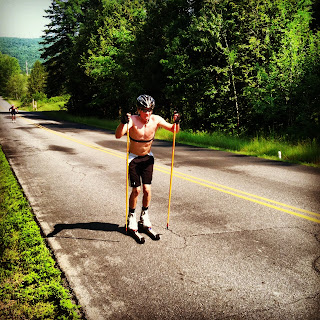 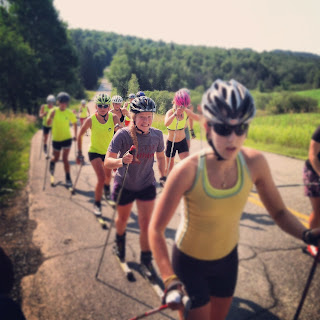 ( Alyssa rolling with the big guns ! A picture is worth a 1000 words )
Here are a bunch of pictures from the week at camp ! Thanks to Liz Kantack for some of these pictures. Liz coaches at Stratton Mnt and together we headed up the J2 Camp with help from Janice, Amy, and the rest of the coaches. It was an awesome experience to work along side Liz for the week as she is always one step ahead of the game and made everything flow for the J2 crew ! 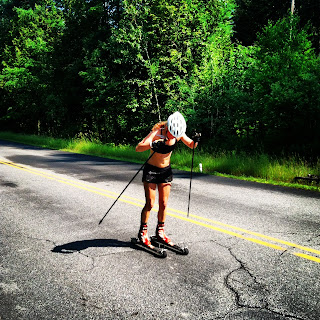 ( Riley working on her DP during the interval session) 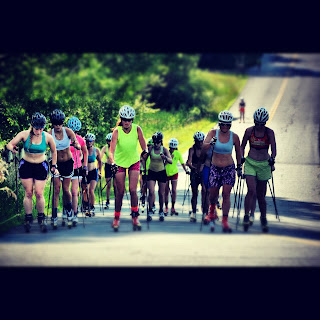 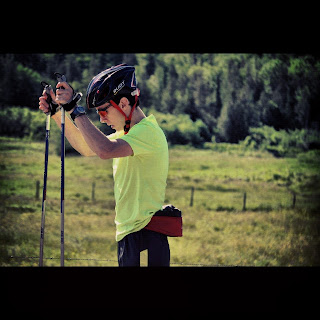 (Adam working on his DP Technique on an OD Ski with the Vermont country side in the background, life could get worse 🙂 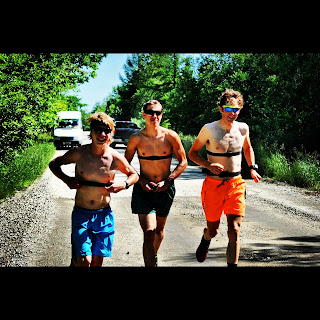 (Just leaving the transition on the last day of camp. We rolled for 1.5 and then ran back to Craftsbury to finish the week off, I’m pretty sure we are laughing at my sweet bike tan our lack of either way it was all smiles)
Each year the quality of the camp has improved and this year was no different. The athletic ability and level of fitness that the athletes bring continues to improve and to be a part of that is something special. To work with such a talented group of athletes is very motivating as a coach but the ability to learn from the other coaches involved with the camp is truly priceless.  It is a win/win situation for our athletes and myself as a coach and my biggest thanks goes out to NENSA and USSA Nordic for letting us take part ! Thanks !!
For even more pictures and video visit the Nation Nordic Foundation Facebook page at http://www.facebook.com/NationalNordicFoundation
The NNF is a leading contributor to US Nordic Skiing so even if you don’t want to see anymore pictures be sure to “Like” the page and do your part to support US Nordic Skiing !
Also for more pictures from Liz check out the Stratton Blog at http://smsxc.blogspot.com/
One last thing from our week at camp.
Sam Evans-Brown who is an reporter came over to do a piece from NPR. It came out really well, check it out!!
http://www.nhpr.org/post/roller-skiing-summer-training-winter-athletes

Day 2: Drills and Thrills at Sugarbush