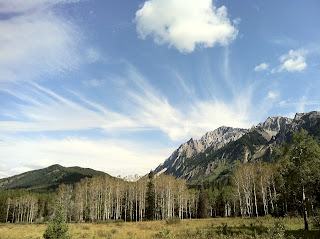 After the better part of two weeks in Alberta, the Bridger Ski Foundation rounded up their super fleet of Sprinter Vans with forty junior skiers and headed back down south to Bozeman, Montana for the Sweetpea Celebrations back home. My partner in crime Bettina Gruber and I are still pretty stoked on the scene here in the Bow Valley, and had planned a three week training camp in and around the Banff National Park.﻿ 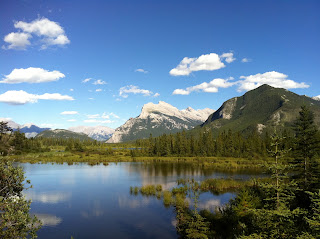 Hopefully some of my pictures do this place justice. As an athlete, I’ve had the opportunity to trot to more than a few outposts around the globe. And from the first time I came to Canmore as a freshman Ute with the college ski team, the place has been high on my list of ideal towns. It’s little wonder the place is a little Canadian mecca for skiing. It’s got mountains for running, soft pine needle-laden trails for more flatland jogs, amazing roads for rollerskiing, a rollerski track, Olympic history (from Calgary ’88) and a culture for the sport.
﻿ 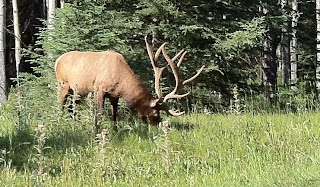 You also run into more than your fair share of wildlife. Fortunately, none of the encounters have been even close to the existential variety. Though from what I hear from the locals, I might have to put a Yet into that sentence.
﻿ 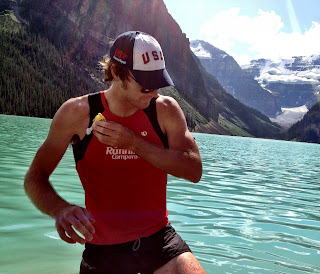 Except for the occasional black fly, or swarm of misquito. After a 70km double pole rollerski to the shores of Lake Louise, it seems the bugs found me mighty tasty pretty quickly. 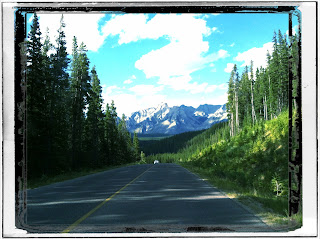 Maybe here you can get a sense of what I mean by picture-worthy shot of a little-traveled ashphalt road. Or maybe its just a cross-country skier coming from the city kind of thing.
﻿ 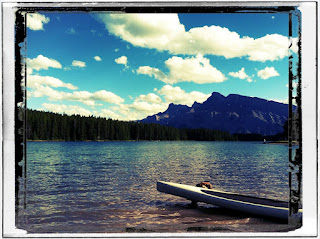 Until the next time, goodbye.