Reading the recent interview with Rikard Grip, the Swedish women’s coach got me thinking about how they’ve fared recently. From a very broad perspective for the whole team, we have the following in distance events: 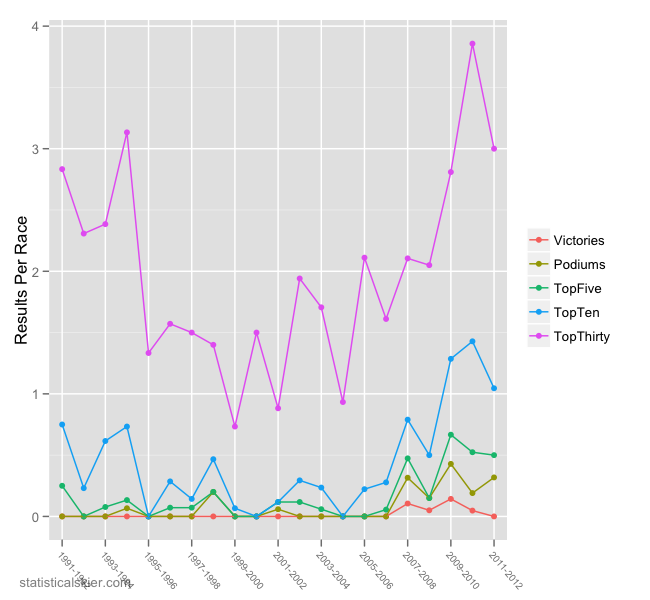 Clearly their depth has greatly improved, as evidenced by the dramatic rise in the number of top 30 results per WC race. Most other categories are generally up as well over the last 4-5 seasons. I try not to read too much into the (rather noisy) year to year variations in these plots, but instead try to folks are broader trends over several seasons.

On the sprinting side: 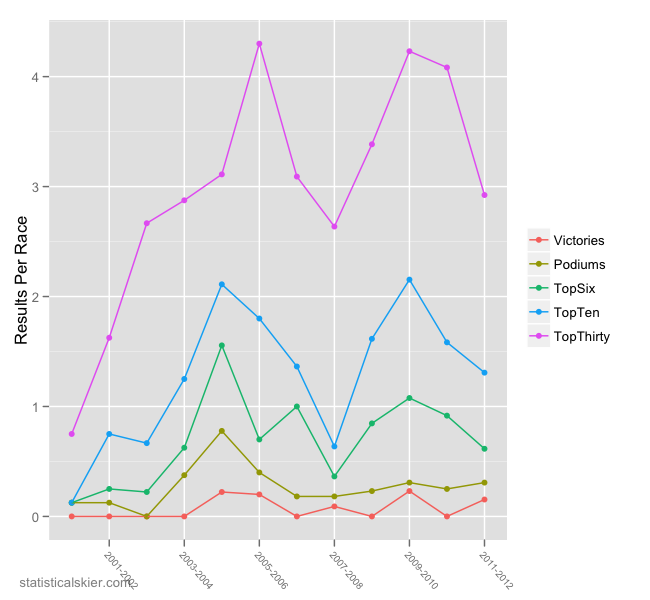 Thing actually seem to be declining slightly over the past three seasons here across the board, though thanks largely to Ida Ingemarsdotter not at the victory/podium level. I also find it interesting how the two obvious peaks in performance in terms of placing women in the top 30, 10 or 6 seem to coincide with Olympic years (but not 2002). There might be a glimmer of that trend at the podium/victory level but it’s hard to interpret changes in numbers that slight.

On Thursday we’ll take a closer look at the individual women on the Swedish squad.