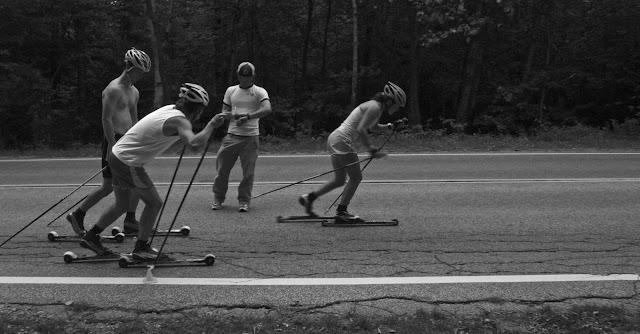 Last week, Burke coach Kate Barton brought Peter Neal down to do a sprint simulation with us on the access road. Peter had arrived early to school and it was really fun having him join our gang for a tough  workout. David Sinclair was here and Kate and I sprinted as well, so we had 5 current athletes, one alum, and two coaches racing, with Justin furiously driving from start to finish and calculating times. It was a sweet time all around. 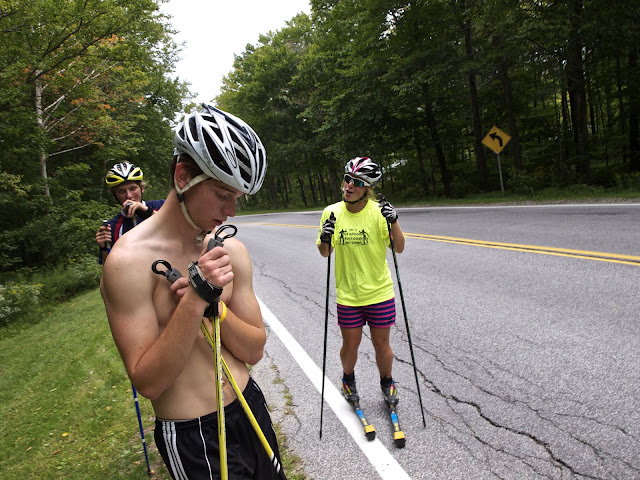 The sprint simulation begins as any sprint does: with qualification. After this first round, skiers are reverse-seeded. This means that each athlete begins as far in front of the winner as he or she finished behind in qualifying. If everyone skis the same speed as in qualifying, everyone finishes at precisely the same time. The idea is to try to reel in the people who started in front of you and hold off the people who started behind. It makes for a great scene and some exciting finishes. 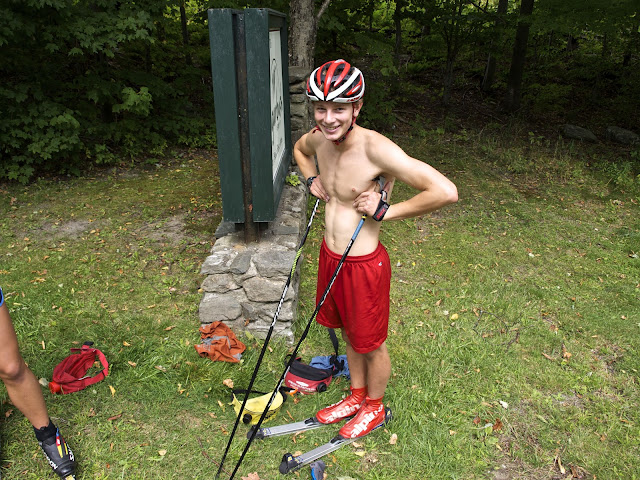 The goal of the workout is to ski consistently through the four heats: there is a prize (honor) for the fastest overall time as well as the smallest difference between your heat times. We had some great shuffling the whole way, and Elliot took the A-final, holding off David Sinclair and Heidi Halvorsen, who finished 2nd and third. 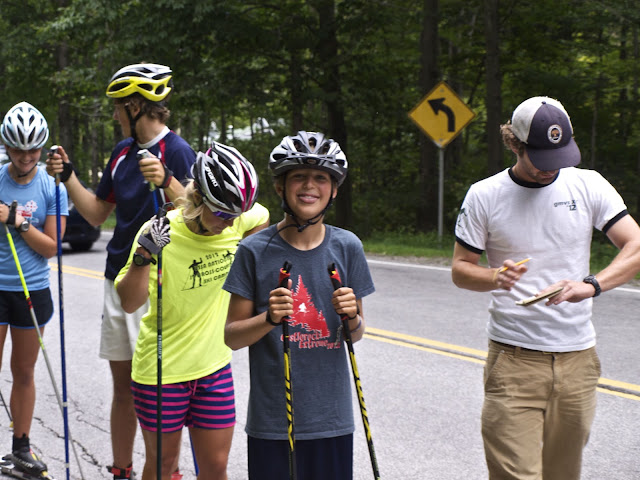 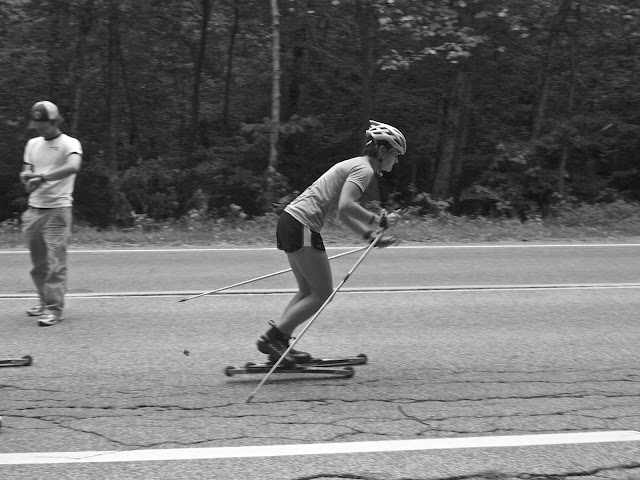 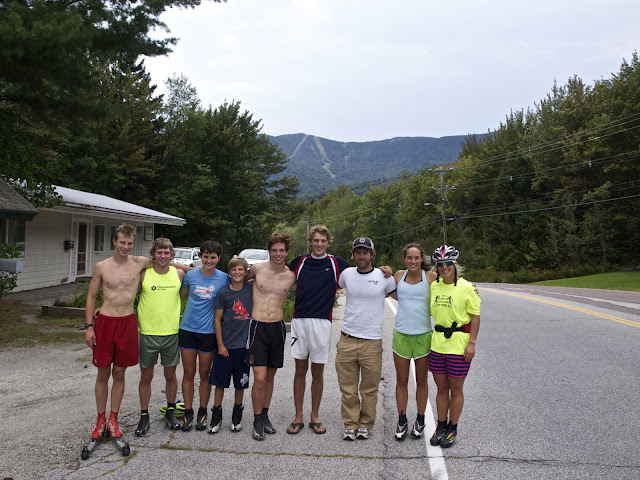 It was a great workout and day all around, and we got the Burkies to stick around for lunch afterwards. What a great collaboration opportunity we have with the teams and skiers up in Vermont. We look forward to continuing to work with Burke as the season continues. Thanks for coming down, guys! 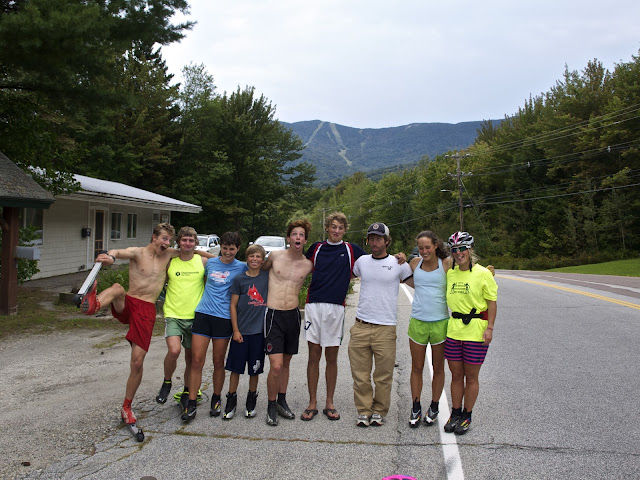 For Biathletes Bédard and Godbout, Spartan Lifestyle is Anything But