Every fall, Swiss Ski holds The Nordic Weekend in the mountain town of Andermatt. It’s a three day, three race event that brings together 150+ skiers putting on the race bib, a coaches symposium, along with all the industry players to show off the latest equipment. Comparing it to America, I guess its like West Yellowstone on rollerskis. 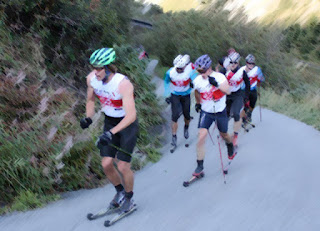 The day before the races, Bettina fell ill. Fortunately Guri Hetland, the head coach of the Swiss Team, was heading over to the races the morning of the first race. I hopped a ride. We came over the Oberalp, a twisting, narrow uber-Euro style road you might have seen in the Giro d’Italia or Tour de Suisse and thought, “Roads like that really exist?”

We were not making good time to Andermatt in the region (Kanton) Uri. A tour bus was puttering up ahead. Guri gunned the VW Transporter, passed two Porsches, then went for the lumbering bus. Unfortunately, the road wasn’t wide enough for us both. Fortunately, the bus and the Transporter lost little more than paint.

Way back in the 13th Century, the Uri Kanton was the first to break away and form the republic now known as Switzerland. 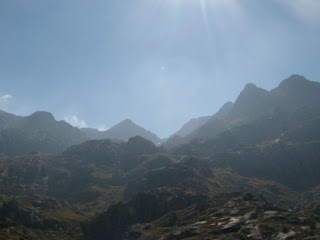 I was satisfied with the three days of racing. Perhaps more importantly, I really enjoyed competing. It was interesting to find yourself battling it out with similar faces day after day, and feeling a little comradery amongst your competitors. The stoke is pretty high to burn up the steep hills of Davos with Cologna, Kindschi, Livers and Company. 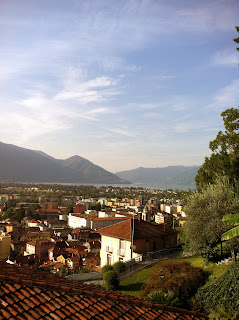 Afterwards, Bettina was feeling a little better and we met up in the Ticino region of Switzerland.  It’s an amazing place, to be on the south side of the Alps beside lakes that trade in names like Lago Maggiore and Lago di Como.

Early morning we hiked in the seriously steep mountains, then headed down to the waterfront for lunch. While checking out the boats, we got invited out for a day sailing on the Celeste. Kind of the perfect ending to a long weekend I won’t soon forget. 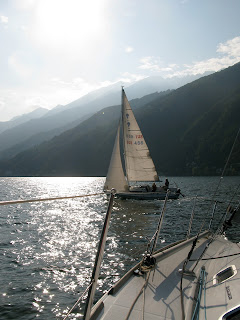 The end.  Until the next time.