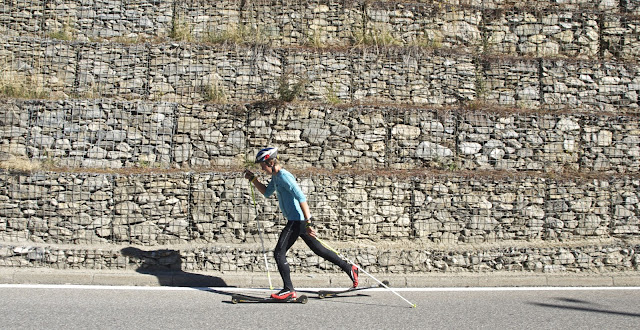 On the second week of camp we had a test with the Sud Tirol Team.  Skiers from throughout the region get together several times throughout the year and it’s worked out nicely that they have visited Mals while we have been there the past three years.  This year we participated in a test that they have been doing for over 10 years — I’m still waiting on official historical results but we were told that Thomas Moriggl completed the test in about 14:30 several years ago. Our results are near the bottom. 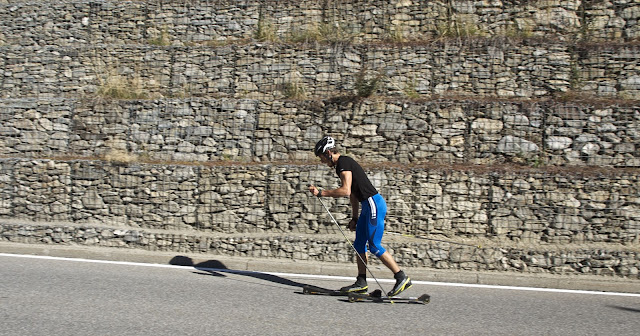 We had a perfect day for it — with clear skies and cool enough temps that your lungs burned a bit for the cold.  Above was the winner for the day, current Italian Junior Team Member, Malteo Tanel.  He was a very strong skier with very nice hip movement — allowing for the ski to release and glide.  (Sidenote – the matched rollers we used for the test were a carbon fiber ski, the rear wheel was quite fast and the front, ratcheted wheel, was quite a bit slower. The ski had a very nice feel and all agreed tracked better than any they had ever used. GMVS will have a pair of both of these soon if anyone wants to try them).  Malteo was also one of the nicest out there — skiing back down with some of our crew and cheering all on. 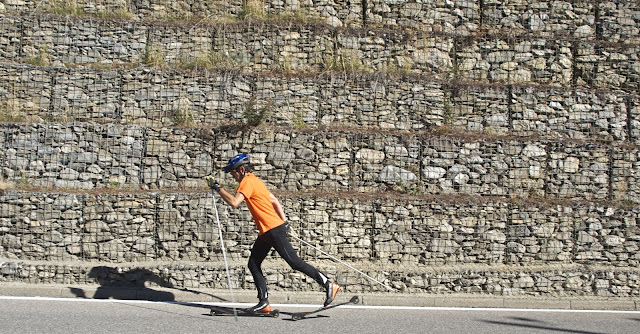 We ran two tests so all could use the same skis and we had enough of either nnn or sns — side note there were more nnn users than sns from both sides. 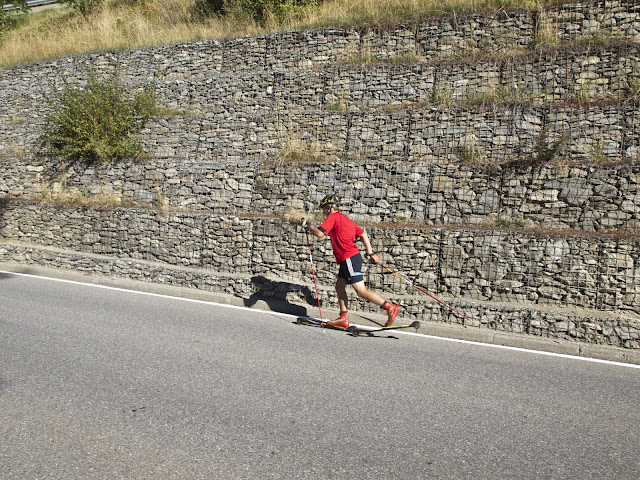 Pretty neat to see the spread of ability in the Italian groups too — makes you think we are at least on par if not pushing our kids a bit harder (in the US as a whole) — for sure our resources and opportunities for travel are much greater in many ways than the Italians.  I like this shot because that could be your average J1 anywhere in the US. 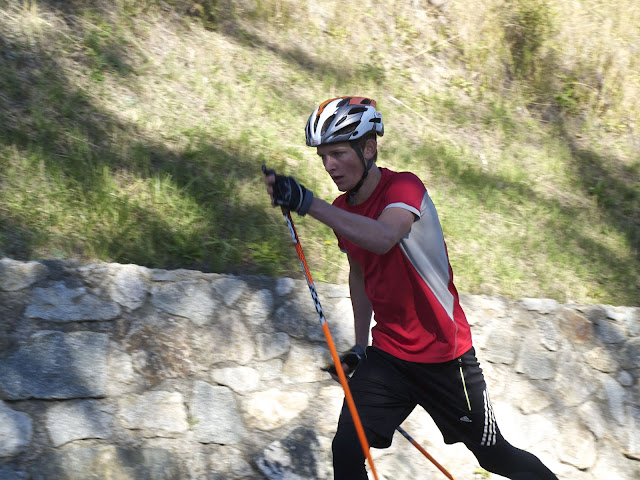 All were a bit nervous before the start and put in solid efforts.  The test was basically 3km up solid uphill, followed by a km of false flat leading up to the finish.  Most of our gang thought the last km was the hardest.  I followed them up the climb and witnessed heavy breathing the whole way.  For our gang this was the first hard effort at altitude — prepping for SoHo in January. 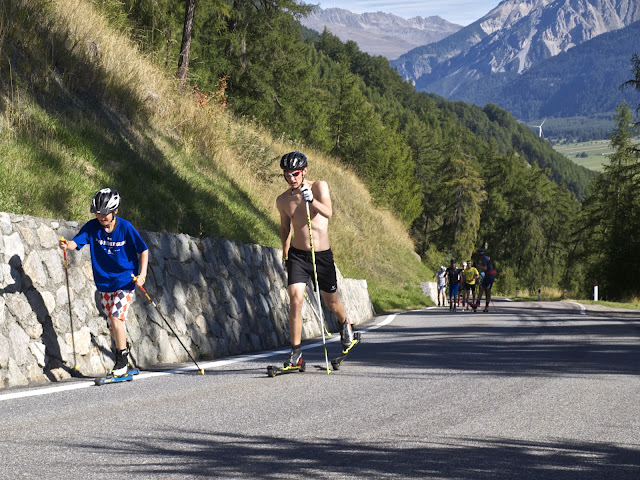 Elliot Ketchel — aka. “the rabbit” — got a little head start with the goal of, “skiing all the way to the finish without stopping.” He got to see most of the field come through and he worked hard! 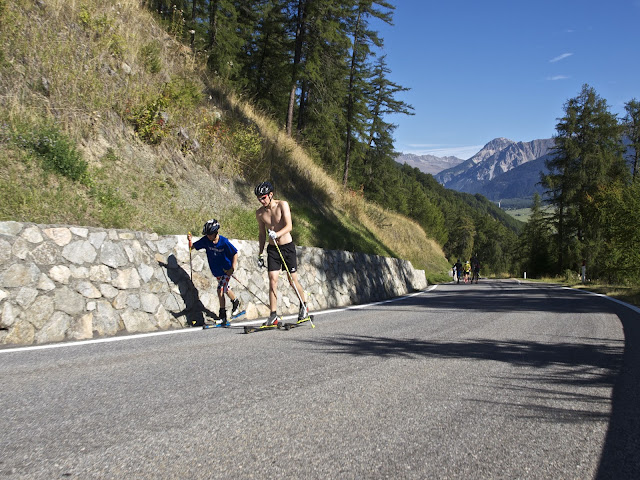 Here he is along side our friend from Switzerland, Ronato Steck. 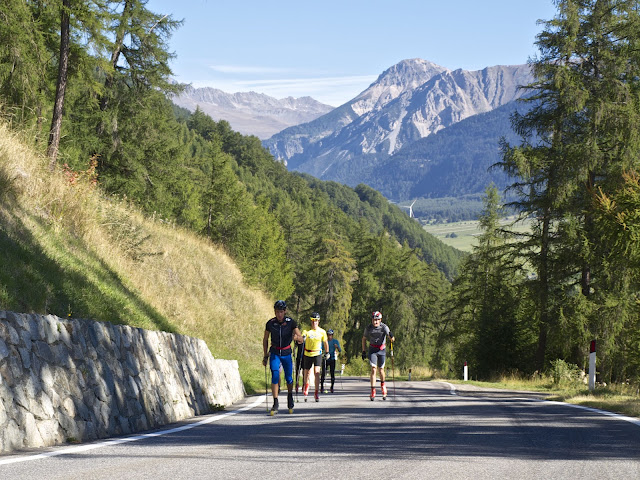 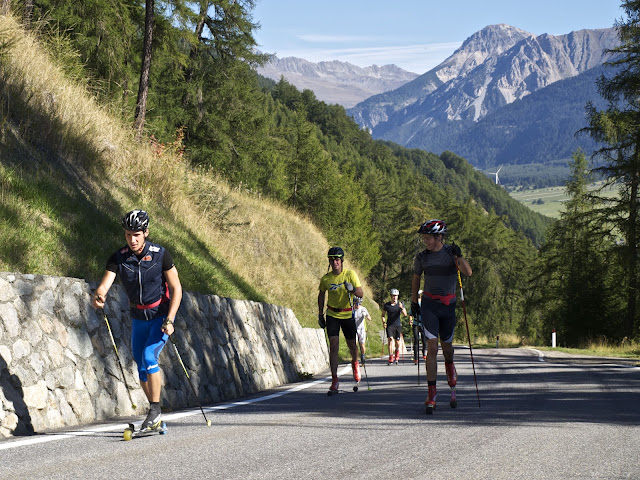 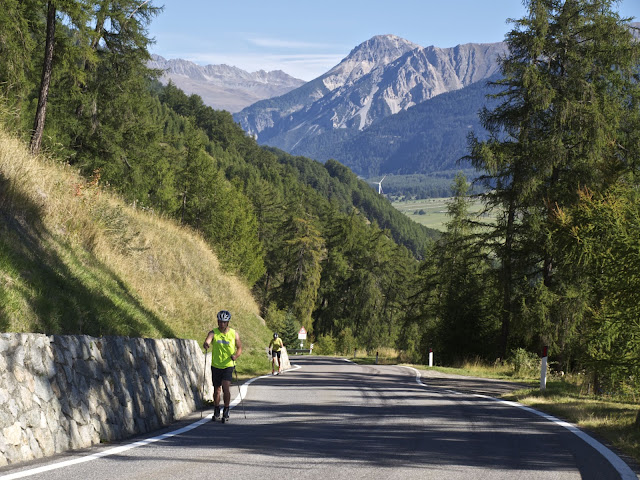 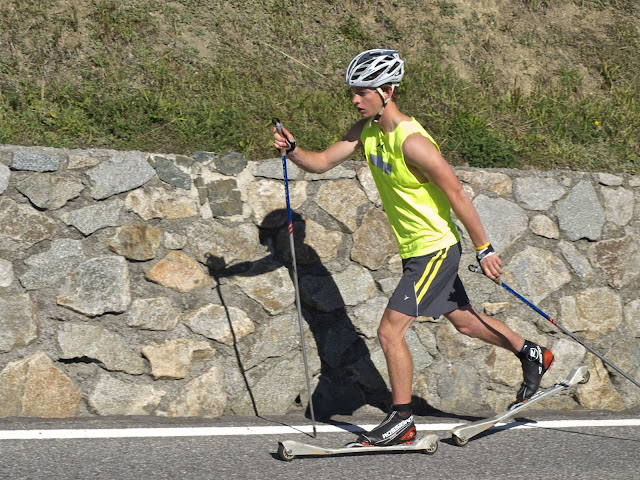 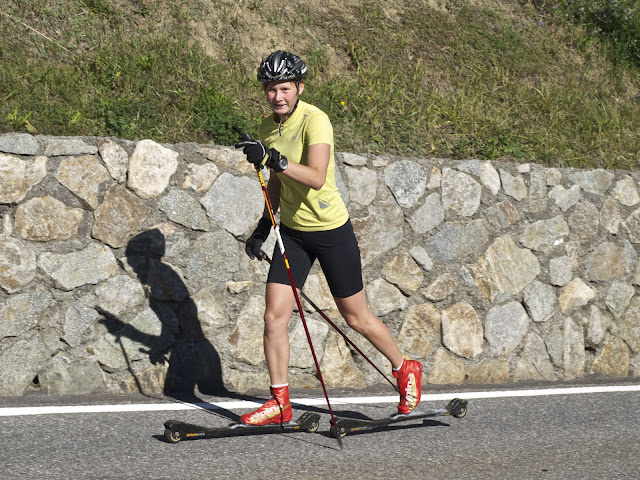 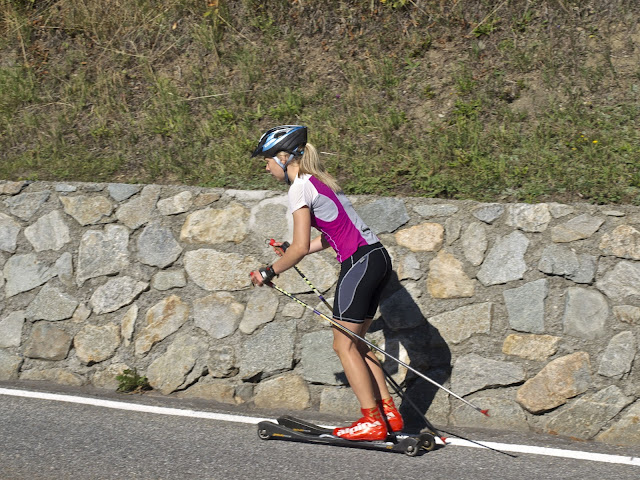 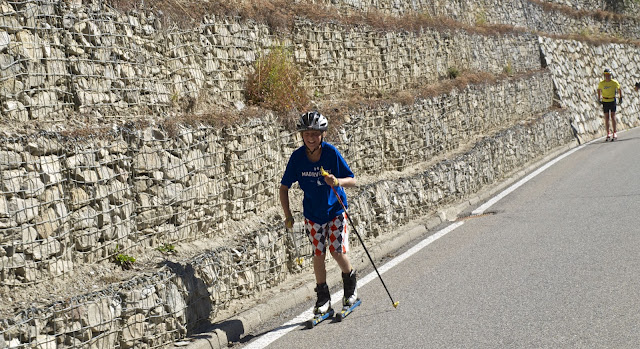 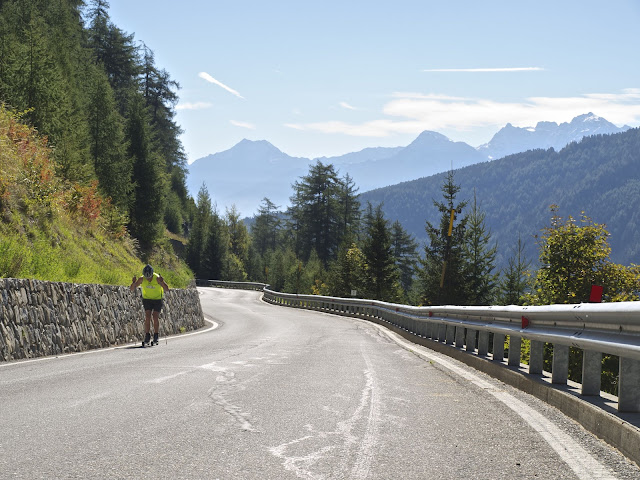 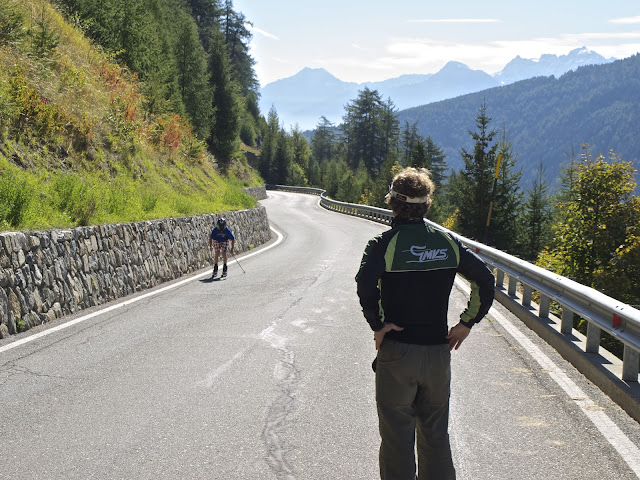 Coach cheering in the lucky rabbit. 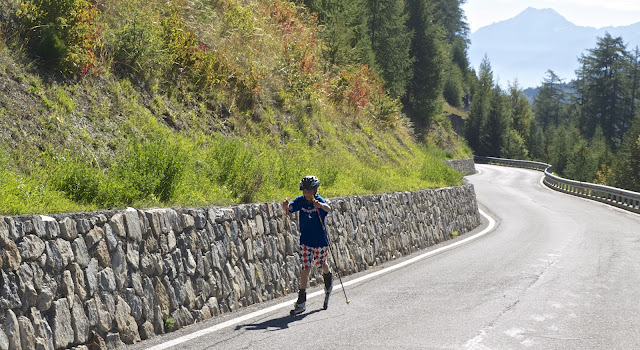 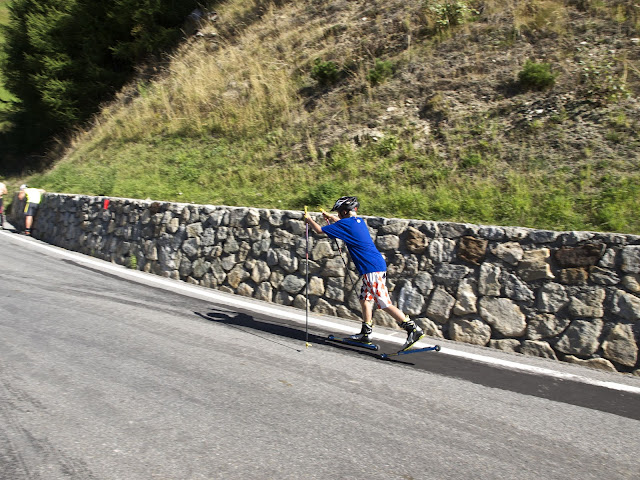 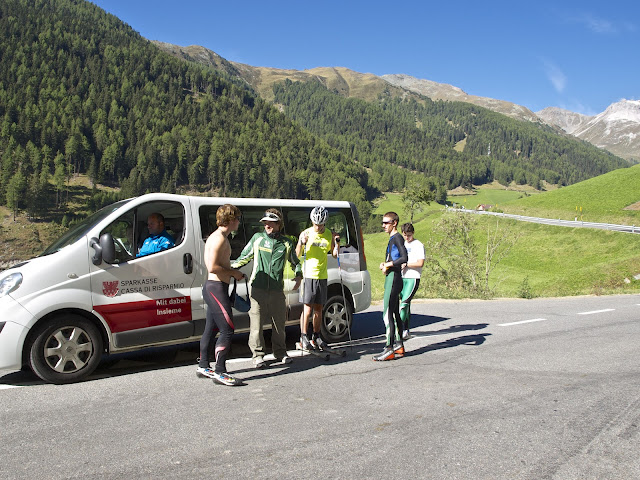 Veit Agerer, Langlauf Director Sportoberschule, collecting the times from the van while the GMVS athletes compare notes.  The first stage of the Tour de Ski is being held in Santa Maria, Switzerland (the home town of Cologna and just a few km from Mals), Veit is the TD for the event and very excited for it! 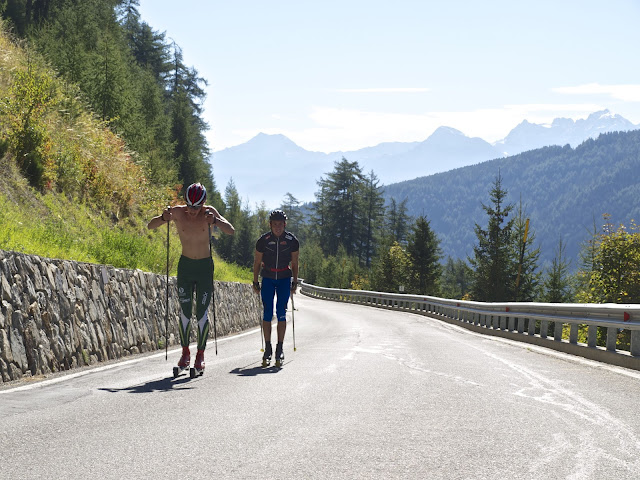 Ian Moore getting some support from Malteo as he comes to the finish. 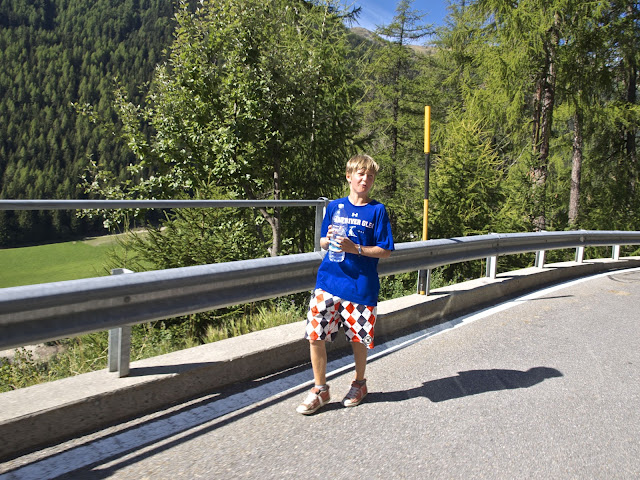 “I’m looking for road signs to take pictures of for my German class.” 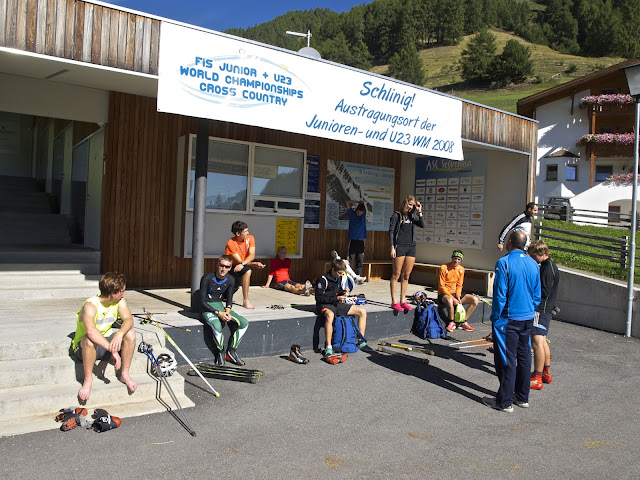 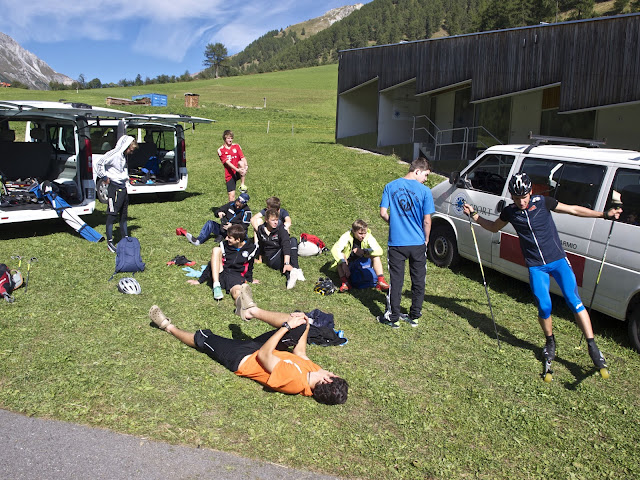 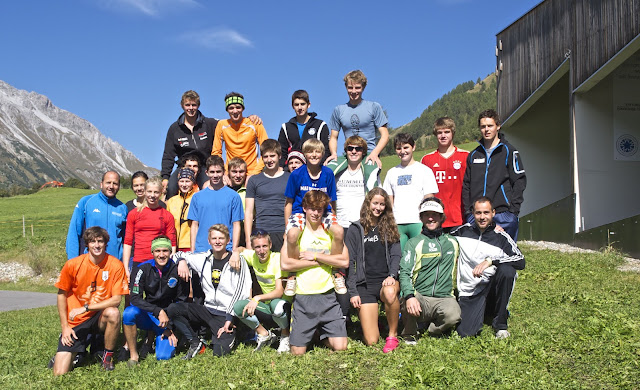 After several years we are making great friends in Sud Tirol — very cool people and proud to share their home place with the Americans! 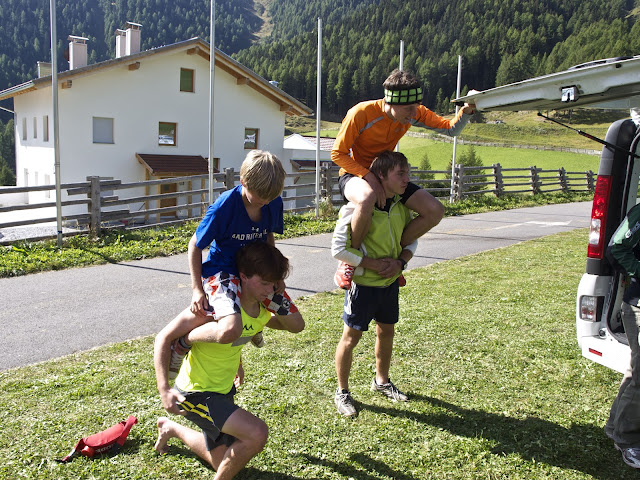 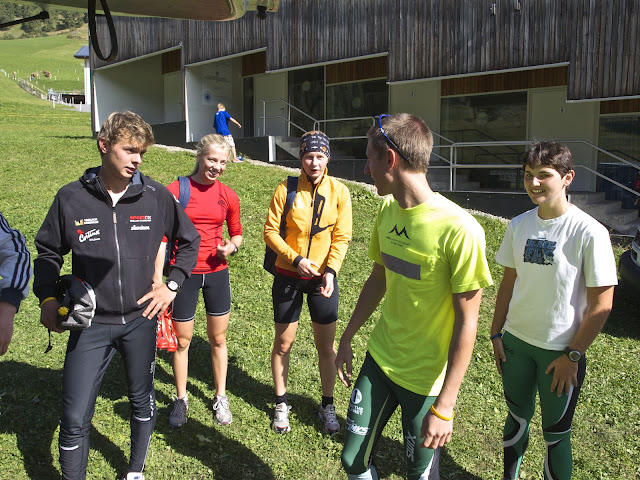 Words by Beckwith — photo credit Dethier (and a few by Ketchel:)

Scoring WC Points Is Far, Far Harder Today Than In 1983