The alpine World Cup season kicked off this past weekend in Soelden, Austria with Giant Slalom events for both men and women. Here’s a race snapshot graph for the men’s race on Sunday: 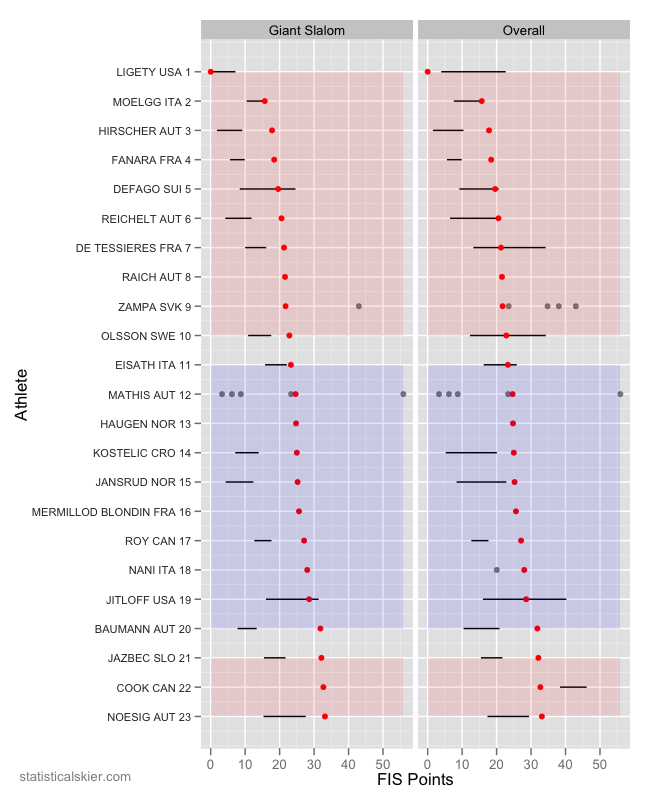 American Ted Ligety won by a rather impressive margin. Apparently, that was the biggest (absolute) winning margin since the late 70′s. Obviously, I can’t look much further back than the early 90′s, but I can’t contradict that. Of course, if you look outside of GS, you can find some combined events with bigger margins, but that’s really apples and oranges.

The next closest winning margin I can find in recent history is Hermann Meier’s win over Albeto Tomba way back in 1998. If you want to expand things a bit further, there’s a women’s GS World Cup in Park City in 1997 with a larger winning margin.