FasterSkierOctober 4, 2012
Wednesday afternoon 5 of us headed over to V.A. to race a High School League Mountain Bike Race.  It was a really cool event and the Nordies from SMS had a blast.  It was an awesome workout with race times from 20 min(girls) to over an hour (A race). 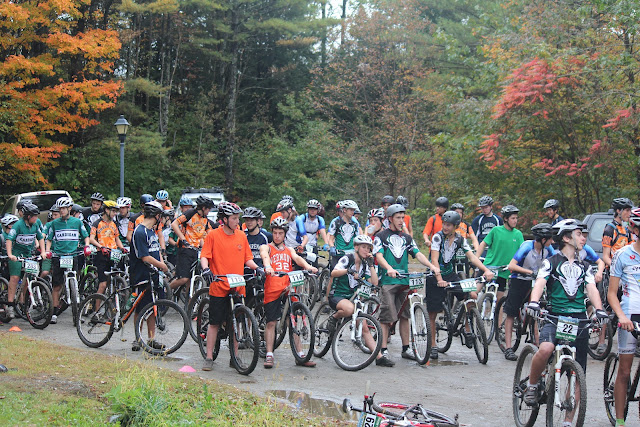 There were tons of  riders in the four levels of races.  A, B, C, Girls.
Vermont Academy had a pretty technical course complete with wet, slick as snot rocks, roots, rock drops, ledge climbs, berms, whoops and jumps. 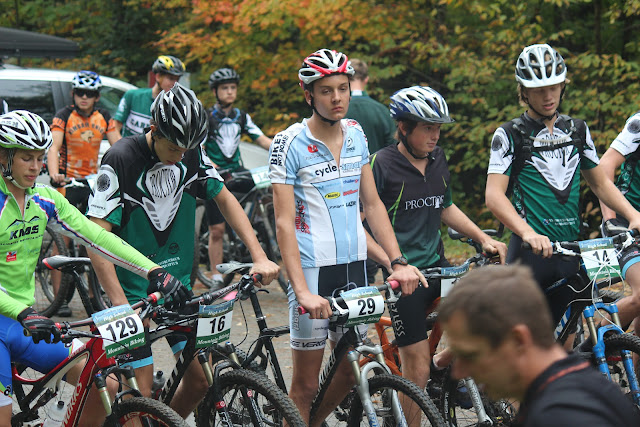 Jack the “Mountain Goat” on the line 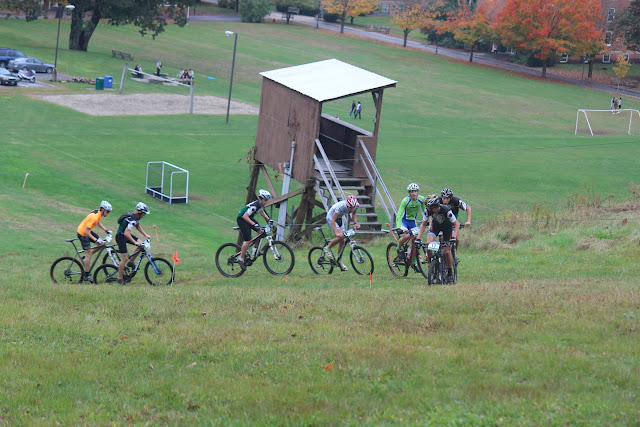 The lead A riders on the start hill.  Jack in 4th. 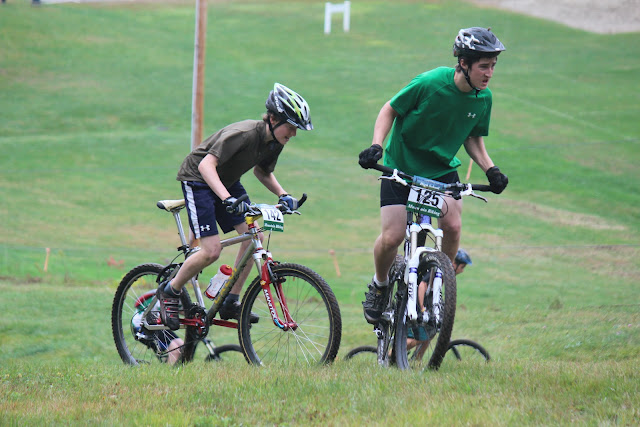 We know these dudes, Scott trailing Oggie Levins.  Oggie’s older brother and sisters do quite a bit of training with us.  Oggie stays busy with mountain biking and building trails in the now Famous Pine Hill Park in Rutland. 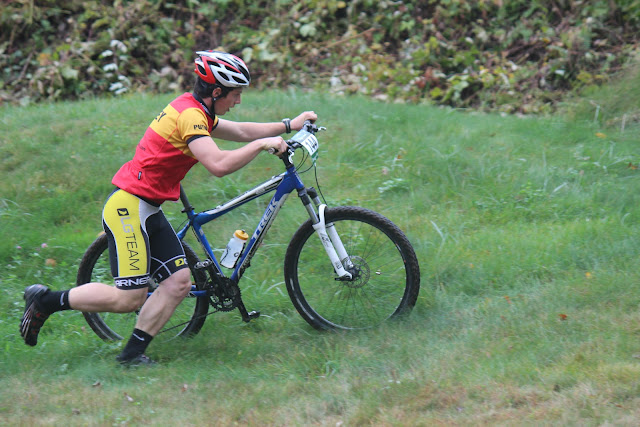 Koby “Quadzilla” mashed his chain right off the gears in the start and was dead last after 20 seconds. 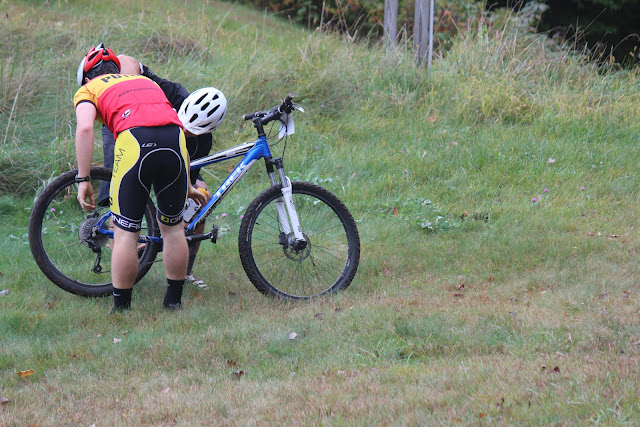 A quick spin of the gears and back on course. 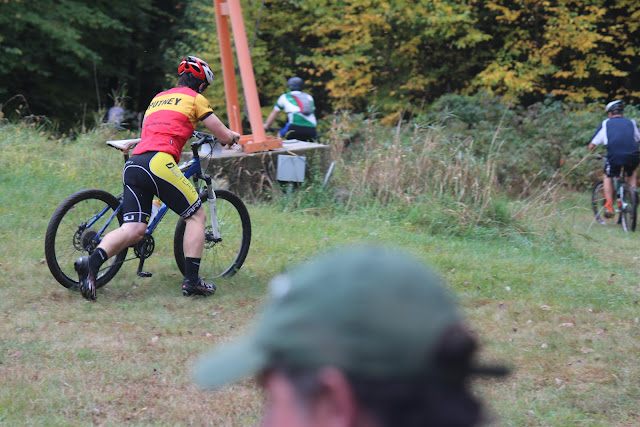 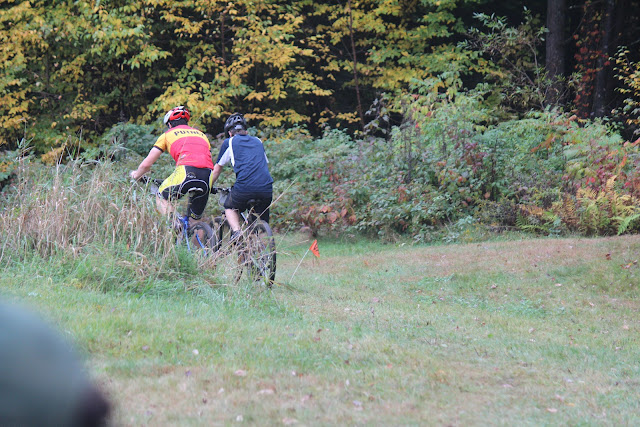 Mr Quadzilla on his way back to the front of the race. 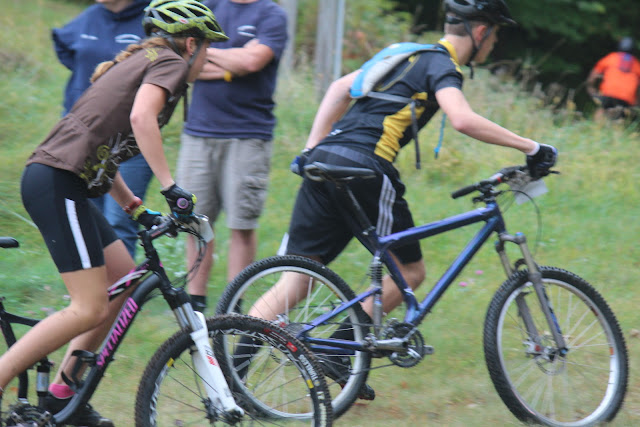 K.O. tearing it up passing tons of boys during the race. 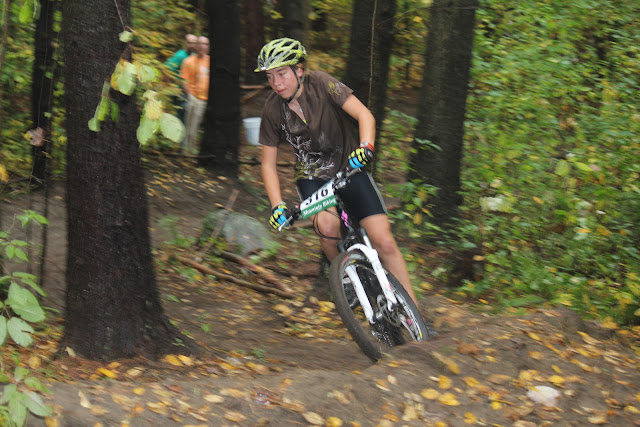 Vermont Academy has some super rad trails right on their campus.  This section had some corkscrew berms. 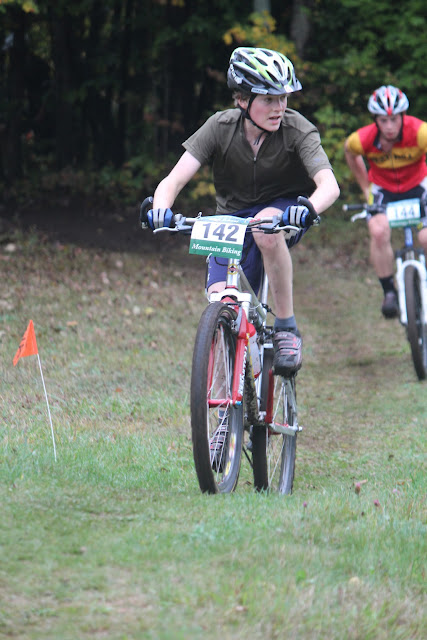 Scott with Koby in hot pursuit.  Both of them rode at the front of B race for all 3 laps. 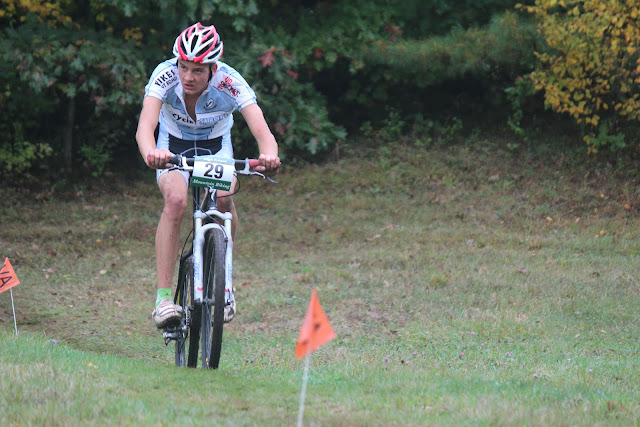 Jack climbing for a top 10 finish in the 4 lap A race.  This was one of the few open non single track sections. 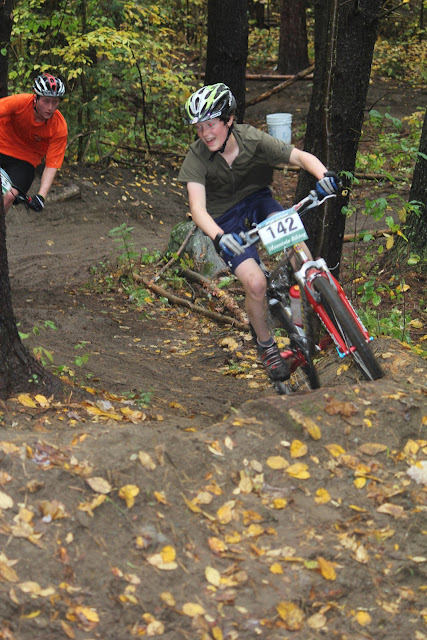 Scott in 3rd in front of VA rider but by the finish the VA local who was shredding the downhills was up to 2nd place! 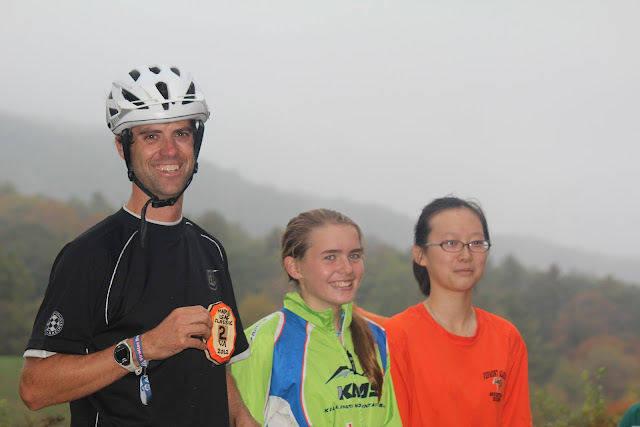 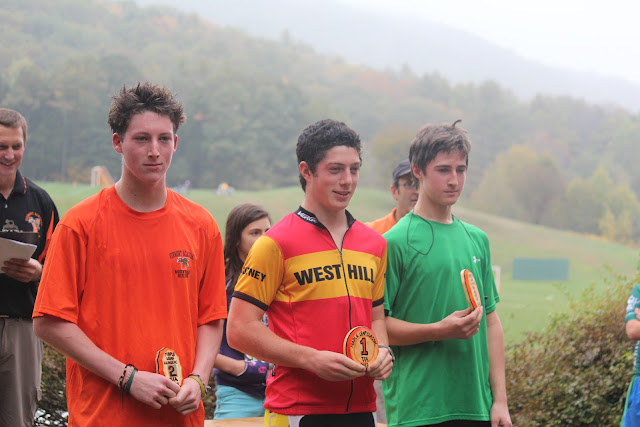 Koby blasted the pack from last to first in the B race.  He finished among the top 10 A riders! Oggie Levins held on for third.  Scott was a few seconds back from the podium in 4th. 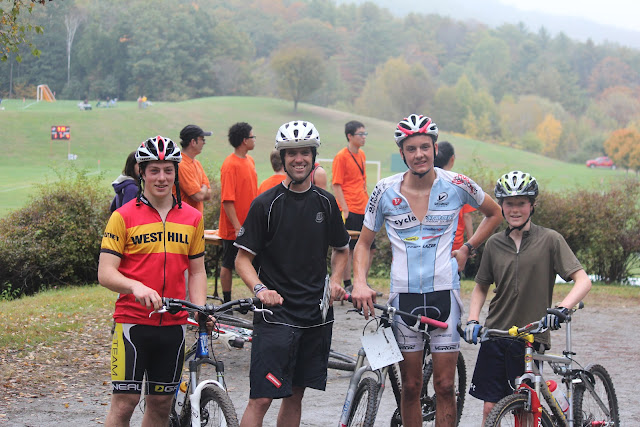 Special thanks to Tamra Mooney for the photos!