The grand opening of Slumberland’s new store in Hayward, WI, was underway last May when talks began in earnest about taking the existing relationship between Slumberland and American Birkebeiner to another level. How does the leading furniture retailer in the Midwest come to partner with the premier Nordic ski race in the United States?

“The connection between the two brands is a natural fit,” says Kenny Larson, President of Slumberland. “Both organizations play a positive role in the health and lifestyle of their customers, and both emphasize giving back to the community.”

Slumberland is more than just a place to buy a new mattress or sofa. Slumberland’s mission is to improve people’s lives by helping customers achieve the health and happiness benefits of a better night’s sleep, or find more enjoyment connecting with family and friends in a special space at home. Along with furniture sales comes a strong commitment to the community. Slumberland donates ten percent of its profits to organizations that assist others at the local, national and global level. Many of these organizations focus on the needs of youth and families.

The Birkie has likewise evolved over time to become so much more than a ski race. Now under the umbrella of the American Birkebeiner Ski Foundation, the logo says it well: Ski. Run. Bike. Live!

“The Birkie is about a healthy, active lifestyle,” says Ben Popp, Executive Director of the ABSF. “365 days a year. Events, family, community – they’re all important to our mission.”

No stranger to the Nordic world, Slumberland has been a strong supporter of Nordic skiing and an active lifestyle for many years. Slumberland participated in sponsoring the creation of the Birkie Classic race, a major development in the American Birkebeiner race series.

Most visibly, Slumberland has been the gold-level sponsor of World Champion and Olympian Jessie Diggins, who states “without the support of my major sponsors like Slumberland it would not be possible to be competitive at the World Cup level. They are amazing.”

Ken and Barb Larson, the founders of Slumberland, are cross-country ski fans who travelled to Sochi, Russia in February of 2014 to cheer Jessie on in the Olympic games.

“Being there in person to see Jessie and the other athletes compete at that level was incredible. Watching athletes give it their all, whether on Main Street in Hayward or in the mountains of Sochi, is inspiring,” says Ken.

Birkie skiers are spread over many states, and there is a strong overlap with the communities that Slumberland serves. The vast majority of Birkie skiers have a Slumberland store within 20 miles of their home, along with website access, so the geographical connection between the brands is very strong.

Slumberland was founded in 1967; about the time that Tony Wise was beginning to dream about a ski race that would put Telemark Lodge on the map. From humble beginnings as a mattress specialty store in the Twin Cities, Slumberland has grown to become a full line furniture chain carrying major brands like Sealy Posturepedic, Tempur-pedic, Simmons Beautyrest, La-Z-Boy, and Broyhill. Today Slumberland has locations in 126 markets, covering twelve states across the snowbelt. The stores are a combination of independently owned franchise locations along with corporately owned stores. This combination gives Slumberland the buying power of one of the nation’s largest home furnishing retailers along with the advantage of a family business ethic. The corporation is privately held by the Larson family who has been part of the Hayward community for decades, enjoying a recreational home in the area.

Slumberland is especially proud to support the current direction of the ABSF. Creating the opportunity for people of all ages to participate in a healthy, active lifestyle year round demonstrates a perfect alignment of values for both organizations. As Ben Popp states, “We couldn’t be happier to have an organization like Slumberland support the ski community and, more broadly, the year-round Birkie lifestyle. Our shared vision and values will create a strong partnership that will allow the American Birkebeiner Foundation to continue to grow and flourish. We’re very much looking forward to the next 3 years with Slumberland as our Overall Title Sponsor.”

As the Birkie looks forward, its history will continue to be a vital component of its success. While the Birkie partners with Slumberland to add a whole new level of support and involvement as year-round Overall Title Sponsor, the Birkie’s partnership with Swix as a long-time partner of the Birkie, and title sponsor in 2014-2015, also remains strong. The spirit of the new arrangements is that the Birkie and all its major partners build on what is to move forward and grow greater together. Swix becomes presenting sponsor of the race, but its presence at the Birkie Expo and role as official wax, pole, and technical ski apparel remains the same, ensuring participants a world-class Nordic experience at the Slumberland American Birkebeiner.

For more information about the American Birkebeiner, its year-round events and lifestyle, visit www.birkie.com. contact the Birkie office at birkie@birkie.com or 715-634-5025. 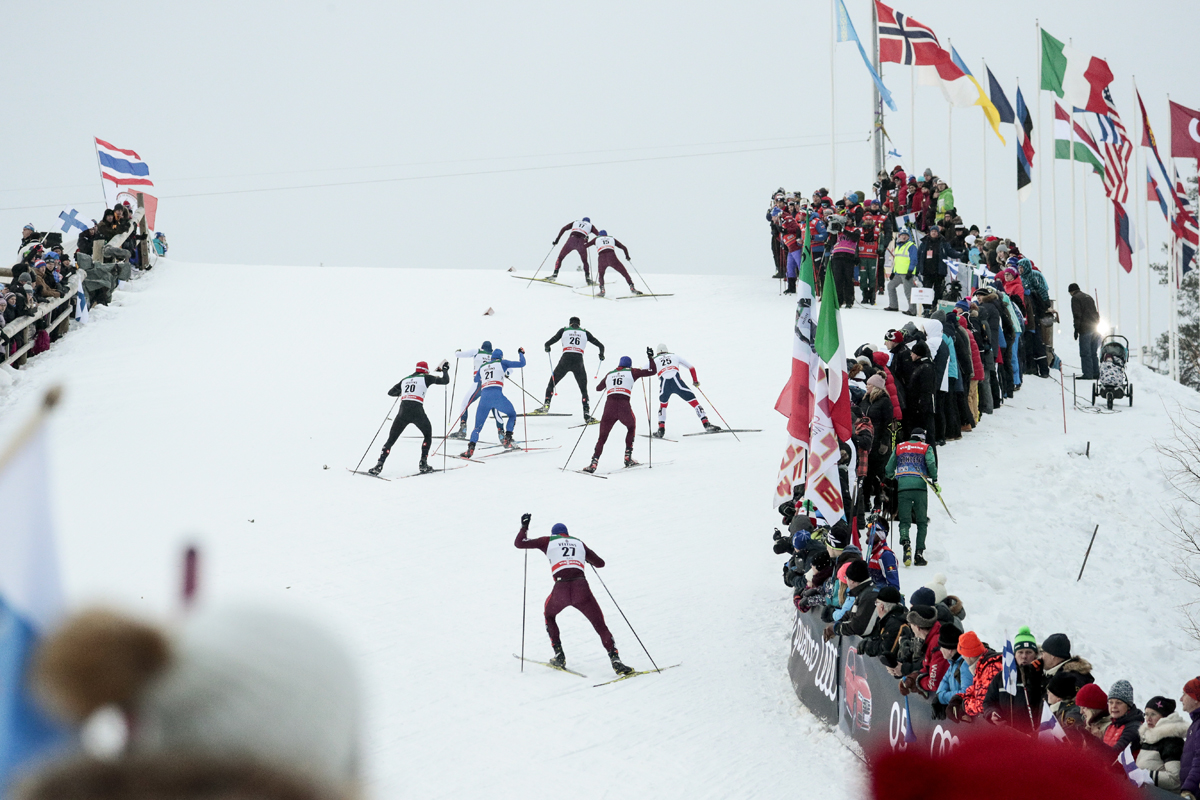 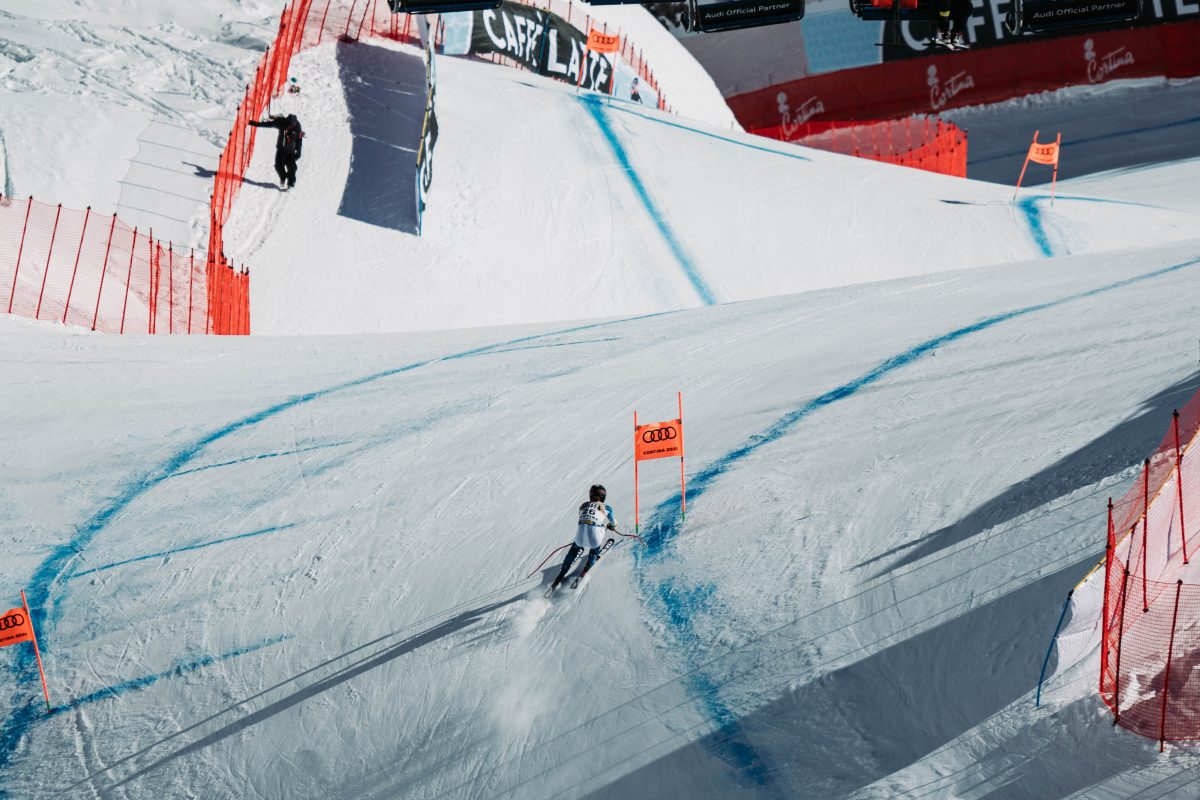