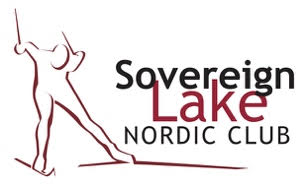 Clubs throughout the area, including Sovereign Lake, Larch Hills in Salmon Arm, Telemark out of Kelowna and Kimberley along with Black Jack from the Kootenay’s and Revelstoke have continued to support high-performance racing programs over the last 10 seasons.

“Sovereign Lake Nordic has played a critical role in providing Canadian cross-country skiers access to snow early in the season as the anchor to our NorAm program,” said Dave Dyer, CCC’s events director.  “It was time we finished the season off in the same style as we have become accustomed to every December by going back to the Vernon region for our national championships.”

Dyer added the Selection Committee was especially impressed with the evolution of the leadership group and dedicated staff at Sovereign Lake Nordic.

The premier event on the 2020 domestic race calendar will fall immediately after the World Cup Finals in Canmore, Alta., March 20, 2020.

Homologated in 2005 to meet FIS standards in preparation for the return of the FIS World Cup to Canada, the trails at Sovereign Lake will provide a variety of options for both senior and junior skiers at the 94th running of the Canadian Ski Championships event.

“SLNC last hosted the Canadian Ski Championships in 1995 making the 2020 Nationals Campaign the 25th Anniversary of that event. An annual stop on the Haywood NorAm circuit each December, hosting other world-class events such as the 2005 World Cup and 2011 World Masters Championships, SLNC is poised to once again welcome our country’s top athletes during these eight days of racing,” said Pat Pearce, Chair of the Bid Committee. “The Organizing Committee is excited to get to work on its tasks to host the 2020 Canadian Ski National Championships.”

SLNC is the largest not-for-profit ski club in North America, founded in 1974, with backcountry skiing roots dating back to the early 1930’s. With over 1850 members and a thriving Youth and Master’s program of over 340, Sovereign operates a full-service facility with night skiing, large rental/retail shop and tuning services. We host over 29,000 visitors annually and offer a busy S’Cool Ski Program for more than 1700 local children across three school districts.

The 2019 Canadian Ski Championships will be held at the Nakkertok Nordic Centre, March 13 – 20, 2019.  A two-day pursuit will lead off an action-packed week of domestic racing prior to the World Cup Finals slated for Quebec City.

Nordic Nation: All Criteria Considered with Grover and Kaeding