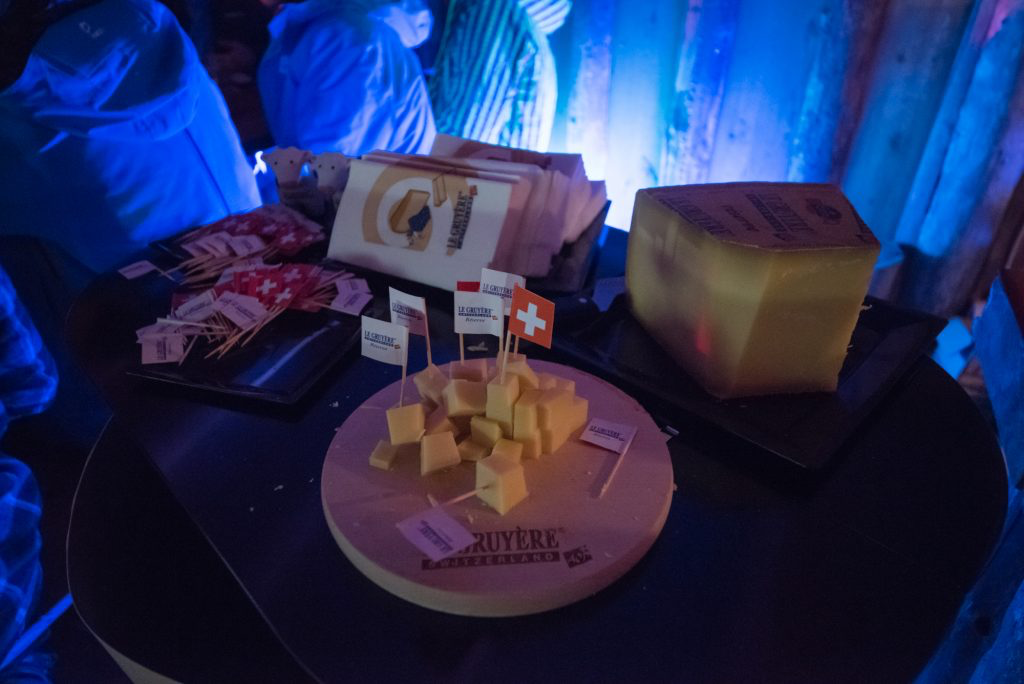 First up, the cheese is going nowhere. The cheese we speak of is the cheese of record when it comes to cross-country skiing: Le Gruyère.

It turns out the Finns are fond of Le Gruyère too. In a recent press release, it was announced that the Finnish Ski Association and the Swiss company, Le Gruyère AOP, the purveyors of the finest of cheeses, have signed a three year sponsorship agreement for Finland’s World Cups.

You know this stuff is good when the press release uses the word “rejoices” to describe the ski association’s stoke.

Some of the Craftsbury Green Racing Project crew is based, for the moment, in Ramsau am Dachstein Austria. Embrace your own place and don’t succumb to FOMO. But their Instagram feed, if anything, is a wonderful glimpse into the yin-yang of high mountain transition season. The group, led by coach Pepa Miloucheva, has an extended training camp in the region combining long mountain runs with high altitude on-snow training. As we referenced last week in an article, embrace this quote from tennis great Arthur Ashe – “Start where you are, use what you have, do what you can.”

Ok. You are where you are. Now take a look at the feeds from Caitlin Patterson, and Ben Lustgarten. It would be nice to be there too.

In doping news, the International Biathlon Agency’s (IBU) Anti-Doping Hearing Panel has banned Russian biathlete Margarita Vasileva for 18 months starting September, 17. Vasilev was banned for an anti-doping rule violation. According to the IBU’s press release, she has missed “any combination of three missed tests and/or filing failures (…) within a twelve-month period (…).”

Vasileva has 21 days to appeal the decision to the  Court of Arbitration for Sport (CAS).

The AP reported on September 12, that the husband and wife duo has signed on to assist China’s burgeoning National biathlon program.

“We are glad to inform about beginning of our cooperation with China biathlon team. Young team with high ambitions and perspectives (potential) to improve and grow. From this day we are coming into daily training process and will be happy to cheer our years experience with the team, which will be a hoster of next winter Olympic Games. I became a head coach of all team and Darya is a coach of women’s team now. We are full of motivation to give our best advices to the athletes, team stuff and everyone who works together with us on the way of reaching a good result, in our focus – to build high professional team, support and help each athlete to reach their own potential. And of course, we are happy to use a chance and help our favorite sport to develop around the world, in a countries, where biathlon and all winter sports have huge potential.”

Check out this video short from the IBU on China’s biathlon program.

From Norway, news last month revealed that World Cup sprinter Sondre Turvoll Fossli had suffered cardiac arrest according to a translated article from NRK. The twenty-six-year-old Fossli will be reevaluated in October, but he admits the prospects of a return to high level competitive skiing remain doubtful. “There is a risk that I have to give up. It certainly is. So it may be that I have to find something else to do. But I have to wait and see a little bit when it comes to just that,” Fossli told NRK.

The Possible Brave New World of Wax Protocol: A Questionnaire