On July 13th U.S. Ski & Snowboard held a virtual discussion titled “Discussing Racial Diversity In Snowsports“. The panel, moderated by Henri Rivers, CEO, President and Founder of Drumriver Consultants and President of the National Brotherhood of Skiers takes an unfiltered view of diversity and inclusivity across the snowsport disciplines.

The voices represented are well worth the listen as we envision a safer and more inclusive sport.

Courtesy of U.S. Ski & Snowboard, bios and information for the panelist are listed below:

Henri Rivers is a native New Yorker and an avid skier and outdoor enthusiast for over 45 years. He is a professional ski instructor, certified master teacher and children’s specialist as well as a U.S. Ski & Snowboard alpine coach, jury advisor, referee and official. He coaches in the alpine race program at Windham Mountain in the Catskill region of New York.

Henri became involved with the National Brotherhood of Skiers in 1996 and has held many positions within the organization. He started as a club president and moved on to become the Mid-west regional competition director. In 2003 he became a coach for the national team of NBS and in 2008 was appointed the Olympic Scholarship Fund Administrator. During his tenure as OSF administrator he grew the national team to 15 athletes. In 2016 he was appointed the National Competition Director and in 2018 was voted in as the Executive Vice President of the National Brotherhood of Skiers. He served for two years and was elected National President of the NBS in March of 2020.

Forrest King-Shaw has over 20 years experience as a coach and instructor for Squaw Valley Alpine Meadows. He is a U8/U10 & Development Coach for the Squaw Valley Ski Team, a National Brotherhood of Skiers Scholarship Director and National Competition Director, a U.S. Ski & Snowboard Skillsquest Accredited Evaluator and a PSIA Examiner and Clinician. Forrest spends over 100 days in ski boots annually.

A Bronx, NY Native, Schone has a BA in Economics from Holy Cross College and an MBA from Pepperdine University. He was a Marine Officer and Pilot, CEO of Technology Companies in the Bay Area, and founder of the National Winter Sports Education Foundation. He is a Level 200 Coach, TD, a member of the U.S. Ski & Snowboard Eastern Region Children’s Committee and is the CEO and President of Winter4Kids, which is embarking on its sixth season.

Kelly Pawlak started her career in the ski industry at Mount Snow Resort, VT in 1985 and served as general manager from 2005 – 2017. She has 30 years of experience at Mount Snow and held a variety of duties, including vice president of marketing and sales and vice president of resort operations. Pawlak served on the Vermont Ski Area Association board where she was chair until 2017. She also served on the Vermont Chamber of Commerce board, the Dover Planning Commission and Dover Development Review board. In November of 2017 she accepted a position at the National Ski Areas Association as president/CEO.

Lauren Samuels was born and raised in Minneapolis and learned to ski at age 2. She started racing with Team Gilboa out of Hyland Hills, MN, and developed as a ski racer until she was named to the U.S. Ski Team’s development team in 2009 after winning J2 Nationals Overall and Downhill titles. In 2011 and 2012 Lauren competed as an invitee to the U.S. Ski Team’s C Team racing on the NorAm and Europa Cup circuits. From 2013-2017 Lauren skied for the University of Utah’s NCAA Division 1 Ski Team and became a National Champion her senior year, during which she was Team Captain. She earned a B.S. in Athletic Training and completed her medical school prerequisites. After finishing undergrad, Lauren coached for 2 years at Team Gilboa and Rowmark. This September she will start a graduate program at the University of Oregon, studying Sports Product Management with the intentions of pursuing a career in the outdoor industry. Lauren is also a newly named member of the U.S. Ski & Snowboard’s Diversity, Equity and Inclusion Committee.

Tiger Shaw, a two-time Olympian whose business career includes past positions at K2 and Volkl Skis, DealerWire, DealerTrack, and Global Rescue, joined U.S. Ski & Snowboard initially as COO in 2013, becoming CEO in March 2014. During his athletic career, he won nine U.S. Championship titles, regularly finished in the top 10 at World Cups and held top-15 world rankings in two disciplines. A 1985 graduate of Dartmouth College in economics and engineering, he was an NCAA slalom champion while racing for Dartmouth. Since joining U.S. Ski & Snowboard, he has served the USOC as Vice Chair of the National Governing Bodies Council (NGBC) and as a member of the NGBC Leadership Liaison Group, working with the US Center for Safe Sport.

– England’s sports for all initiative 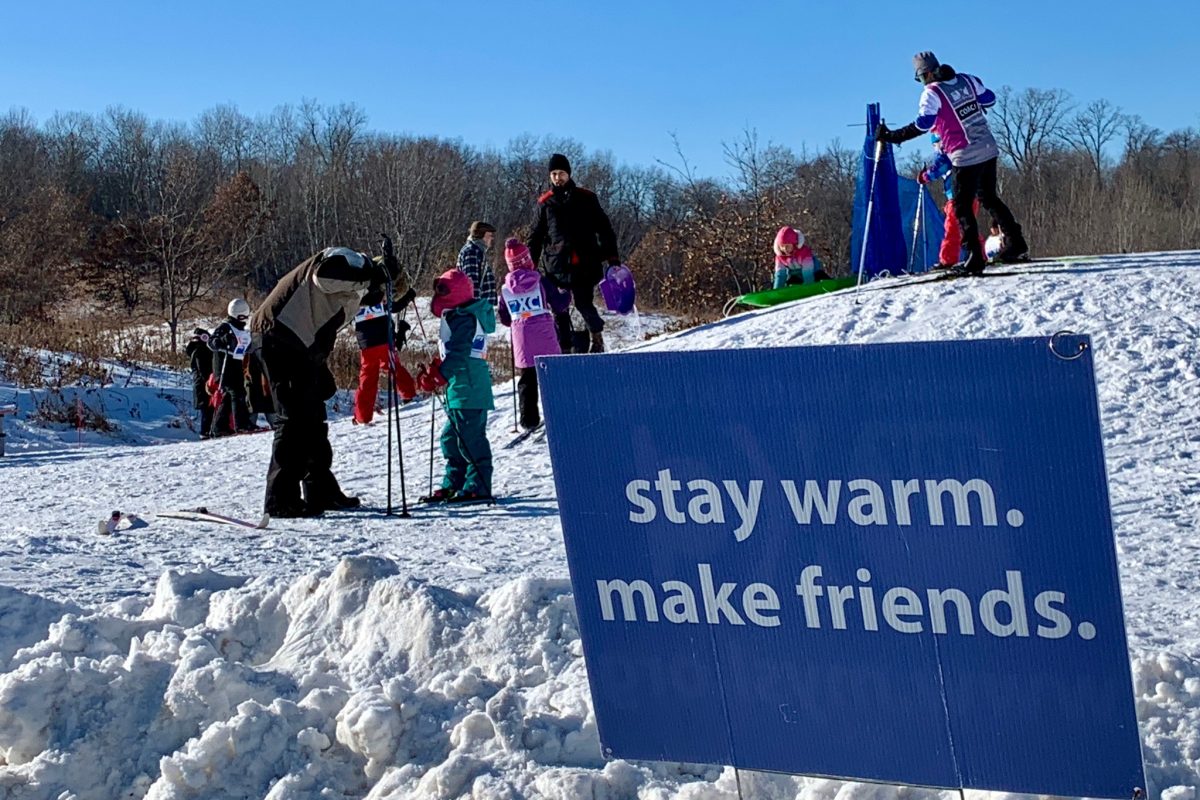