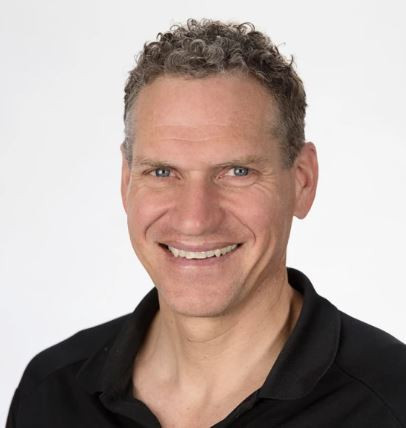 In the thick of the elite winter sport scene for more than 25 years. That would in part define Luke Bodensteiner. He strung together an Olympic cross-country ski career and ended his over two-decade stint at U.S. Ski & Snowboard as their Chief of Sport. For roughly the past year, Bodensteiner has worn two hats at the Utah Olympic Legacy Foundation (UOLF): Chief of Sport Development and GM of Soldier Hollow (SoHo), the cross-country and biathlon venue from the 2002 Games. The SoHo part of his responsibilities involves managing the complex which includes ski trails, a biathlon range, waxing outbuildings, and an iconic but dated timing building.

In Bodensteiner’s words, he “essentially guides all of the winter sports programs across the venues.” Considering this is a former winter Olympic site, the breadth of geography and sport-specific venue types are vast. There’s Utah Olympic Park with its sliding track and six ski jumps, Utah Olympic Oval with facilities for speed skating, and two arenas capable of housing hockey and figure skating, and the assets at Soldier Hollow.

Salt Lake and the surrounding region, including Park City and the Heber Valley, are again in the Olympic news. The 2002 host city, Salt Lake, is the United States Olympic & Paralympic Committee’s (USOPC) winter Olympic bid city for either the 2030 or 2034 winter Games.

The bidding and site awarding process was reformed in 2019. Now, the International Olympic Committee (IOC) is tasked with engaging potential hosts in a more transparent dialogue. Further, the IOC also removed its hard timeline of selecting a host city seven years in advance. This came amidst a series of potential host city dropouts. In 2014 Oslo pulled out when Norway’s government declined support for a 2022 Games. Calgary pulled a potential bid when the city’s electorate voted in a referendum that the 2024 Games were an undesirable expenditure.

The reforms allow places like Salt Lake greater flexibility as negotiations unfold, stakeholders determine new costs and benefits, and unexpected social-earthquakes manifest like COVID. The real issue is this: The IOC wants bidders who have community buy-in.

This past February it became official, the Salt Lake City-Utah Committee for the Games was formed.

The prospects of an Olympics both excites Bodensteiner but also adds some complexity to the suite of his responsibilities. And although Salt Lake possesses the know-how and legacy venues, this is no slam dunk.

“Optimistic. But it is complicated,” Bodensteiner said when asked about Salt Lake’s prospects for a 2030 Game’s winning bid. “There is a lot up in the air right now. Tokyo is postponed and who knows what happens this year. I would say really optimistic because the IOC, on many levels, needs to present a sustainable Olympics and the budget for a Salt Lake 2030 Olympics is actually less money than was spent in 2002 because of the existing infrastructure. There are not currently that many candidates, but obviously Sapporo, [Japan] is in the mix. They have a nice bid and nice venues and they have this interesting Tokyo situation which could play in their favor or not. Barcelona, [Spain] has made some noise about making a bid but it is not probably real or realistic. Of course, Calgary bowed out in the last go-around which was fortunate for Salt Lake. So there are a lot of really positive factors for Salt Lake.”

Bodensteiner also acknowledged that LA’s 2028 Summer Games could complicate a 2030 SLC bid. Domestically, there is only so much advertising budget to allocate. Back-to-back Games could be untenable from a marketing standpoint. In that event, Salt Lake could defer it’s bid to 2034.

Either way, a ten year timeline to a potential Olympics adds a real degree of earnestness to Bodensteiner’s goals as he helps reform sport development at the Utah Olympic Legacy Foundation. From a venue standpoint, the community appears in support of nascent initiatives to fund venue modernization. Something Bodensteiner says is simply rejuvenating venues to a new Olympic standard, not a complete scrape and rebuild.

I’m going to rewind here to a quote from Bodensteiner’s exit interview with FasterSkier from U.S. Ski & Snowboard back in July 2019. Here’s that exchange:

FasterSkier: You are Chief of Sport, but I am hearing you talk like someone who is less focused on medals. Is this something you have learned and absorbed at US Ski & Snowboard over twenty some odd years?

LB: You are exactly right, you get pigeonholed after you have been known as somebody who is single mindedly chasing medals at the Olympics for twelve years. That becomes your brand or your persona. It is important to, it is better to not let that happen at the end of the day.

I think it has been an evolution. And I would say in our work at the U.S. Ski Team, while we have really, I would not say single-mindedly chased performance at the Olympics although that is something that my team thought about and worked on every single day for the twelve years I was there, I think we also built out programs and philosophies and plans on where we were going.

We were also recognizing that that is a real short term perspective and there are things that you might do in the short term that will yield those kinds of results that don’t create a sustainable foundation. And so I think we have always had some level of emphasis on club development or coaches education and important things like that.

Even prior to COVID and the jolt and now sustained tremors to remove structural racism, Bodensteiner had been thinking more holistically about athletes and what success looks like. He understands his mandate involves building equity in sport not simply creating a pipeline that terminates at a single point with medal success.

“We have asked, should we be hosting the Olympics in 10 years time, what is the story we want to be told about our community through the experience of our kids?, Bodensteiner said. “If the eyes of the world are looking at us what does success look like for us? Our metrics are really focused on broadening the number of kids who are involved in our programs, improving our demographic makeup so that the participation in our programs really reflects our communities from the racial diversity perspective, gender diversity, economic diversity, so that we are not just here for the kids that can afford what we think is affordable.”

According to Bodensteiner, his first eight months in the job with UOLF were consumed with understanding the foundation’s programs and how they were similarly failing. In his words, “diagnosing where we are creating these kinks that give us effectively the same results that any other youth sports program in America gets and then rolling out the set of initiatives to start to correct those.”

He cited stats that youth most often leave organized sport at 11 years old for girls and 12 for boys. Bodensteiner says retaining those youth remains a priority while also seeing that they find success off the field.

Then life was disrupted in mid-March. Good intentions, retooled programming, and any semblance of normalcy evaporated in the short-term.

“We had to shift from looking forward to shifting to how do we get through this initial shock here and how do we bring kids back into sports? Bodensteiner said.

Harnessing Bodensteiner’s bearish sentiments about a successful Olympic bid, the change he envisions may have a 10-year arc. Yet the change has tangible incremental goals. Better retention. Youth participants reflecting the diverse population in the greater Salt Lake region. Kids who feel valued not simply for a sport result but for engaging in self-improvement.

Along with a community steering group, Bodensteiner has absorbed and processed what these positive outcomes might resemble in a decade. UOLF, like many in sport, continue to grapple with the duality of participation and performance. The Olympics can be polarizing, especially in an era when the collateral damage of chasing medals is exposed. The human costs have been real. But in Bodensteiner’s eyes, sport can be more humane and foster a culture where participation and performance aren’t fossilized in their pre-2020 form.

“We have our eyes set on 2030 and so for us, it is a long term transformation plan,” said Bodensteiner. “We have put our heads together for about three months to think this through and one of the things that really came out was that participation and performance are often viewed as opposing factors. We really want to achieve both. We want to achieve both in a way that those two factors support each other rather than pull each other apart. The ultimate success for us is to provide a high amount of accessibility and have a positive impact on athletes’ lives and have some of those kids go on to have that ultimate sport success of being on an Olympic team in their backyard in ten years time.”

With the sporting venue assets in place and a dynamic region with the legacy of Olympic hosting know-how, the UOLF might just pull it off.