This story first appeared in www.fondoitalia.it and has been edited for English.

On an international level, cross-country ski fans outside of Sweden only got to know the name of William Poromaa during the women’s 10km classic technique in Seefeld World Championships. That February 26, 2019, he was talked about not for a sporting achievement but as Frida Karlsson’s boyfriend.

Karlsson, once she crossed the finish line, placed herself in the leader chair after having amazed the world, clocking the fastest intermediate times until the eventual winner, Therese Johaug, started twenty minutes after the young Swedish skier.

During that anxious lapse of time, Karlsson remained in contact via a video call with Poromaa who was communicating to her live results from their home in Sollefteå and sending her encouragement as the sensational silver medal became more and more realistic. Their video connection ended with the kisses sent by William before Karlsson had to go to the medal ceremony.

Soon enough, it was discovered that Poromaa, in his own right, was a potential Swedish star for the men’s team, not “only” Karlsson’s companion.

At that time Poromaa had won two gold medals at Swedish junior nationals and had already been selected for the first time for the Junior World Championships in Lahti. There, in the 30 k classic race he placed ninth place at the young age of eighteen.

But about the couple, who had become acquainted when they attended the renowned Sollefteå ski-gymnasium, all the chatter of the media and the public was always directed towards the new young star of the Swedish women’s national team, Karlsson. The buzz, when it came to the couple, revolved around Karlsson and her palmers. That began to change this November when Poromaa placed second and first, respectively in the Swedish national opening races in Bruksvallarna. In that fantastic weekend, cross-country skiing discovered that the mustachioed cross-country skier, not yet twenty, was much more than just Karlsson’s sidekick.

In the aftermath of those opening weekend races in which Poromaa left behind more successful and older teammates, some Swedish newspapers were already wondering if Poromaa was the boy who could rebalance the gap in popularity and successes that the Swedish men’s cross-country has ceded to a young and medal-haul worthy women’s team.

Historically Swedish cross-country skiing had relied on the men’s team to enrich Sweden’s medal count during the various Olympic or World Championships. During the last century, the Swedish men’s in cross-country has produced champions from Sixten Jernberg to Gunde Svan, through Sven-Åke Lundgren, and then from Thomas Wassberg to Torgny Mogren. After this long mythical era, Sweden continued to produce excellent cross-country skiers such as Per Elofsson, Mathias Fredriksson, Johan Olsson, and more recently, Marcus Hellner. Among the women, all the course of that storied period for men, only Toini Gustafsson and Marie-Helene Westin were able, in two different periods, to score individual success for Sweden. Yet, the dominance of males skiers in Sweden began to fade fifteen years ago when Charlotte Kalla entered the international limelight. Following Kalla were Stina Nilsson, Ebba Andersson, Karlsson, and sprint sensation Linn Svahn.

The hope of the Swedish people for a new male star appears to rest on Poromaa’s shoulders. The Poromaa name is, however, not new to the Swedish ski scene. The younger Poromaa’s father, Larry, placed fifth in the 1986 Holmenkollen 50km – a career-best for the father. Once he retired from competition, he was twice in charge of the Swedish waxing team, an activity interspersed with his transfer to the U.S. wax tech team before signing on with Estonian skier Kristina Smigun.

In 2016, after focusing on both hockey and skiing, Poromaa enrolled at the Sollefteå ki-gymnasium to focus solely on skiing.

The following year he won his first junior national title in Kalix in the 10 k classic. He followed that with a few more national junior titles, and in 2018 he obtained the national selection for the Junior World Championships in Lahti, finishing ninth in the 30km classic style competition. Poromaa placed ninth again the following year in the the Oberwiesenthal, Germany Junior Worlds in the same distance, this time in skate.

After concluding his junior career this past March, Poromaa joined the Bauhaus Team (Swedish XC B team) where he began to collaborate with coach Lars Ljung.

The 34-years-old Ljung explains what Poromaa began to work on early this summer.

“My mission is to take him to a higher level with a constant commitment every day, every month, and in every training season, analyzing every session and every data to make him more motivated and involved every day. But given his young age, he is not the one who trains the most in our group, but he always trains hard and often close to the threshold. With him at least one day a week we do long sessions in which he can go up to 60-70km. During the summer preparation, our purpose with him was to improve his double poling in classic and increase his strength in the upper body, also focusing on his skiing technique. Wille is a rather tall guy and in the past his arm position during the push was too low and too close to the torso, thus limiting his thrust step after step. Our work focused mainly on his technique by widening and raising the range of his thrust to have more power to impress with the poles.”

With his win in Bruksvallarna’s 15 k skate, in which he kept behind his compatriots of A-Team at bay, Poromaa conquered the front pages of the Swedish newspapers as well as the call-up for the World Cup in Ruka-Finland. In Ruka, he missed out on qualifying for the sprint, but placed 15th in the 15 k classic, and 17th in the following day’s pursuit.

Poromaa turned 20 late this past December. His coach, Ljung describes his tactics and presence as mature. “Even his style in skiing is very mature, he keeps up well,” said Ljung. “Wille immediately starts at a good pace, which he maintains with remarkable consistency, but also manages to finish the distance races by further increasing his pace, this is synonymous with great intelligence in managing his race and understanding his feelings. He is not the fastest skier, but he has great endurance and a great engine. Outside of the races he is a normal guy and he is always calm, he has a good approach to competitions, cross-country skiing is important for William but it is not everything for him and this is good for managing things well.”

The Tour de Ski which finished this past weekend, saw Poromaa place 23rd overall after contesting eight stages. During the Tour, Sweden captured its first men’s World Cup win in five years when Oskar Svensson won the Stage 7 sprint. At 25-years-old, Svensson is no newcomer to the scene. He holds promise. And Poromaa, for his part, has answered the call for more Swedish men to challenge for the top-10 and World Cup podiums. Too early to call it a resurrection for the Swedish men? Perhaps. Yet Poromaa looks to play a part in balancing the equation when it comes to accolades for the Swedish women’s team. 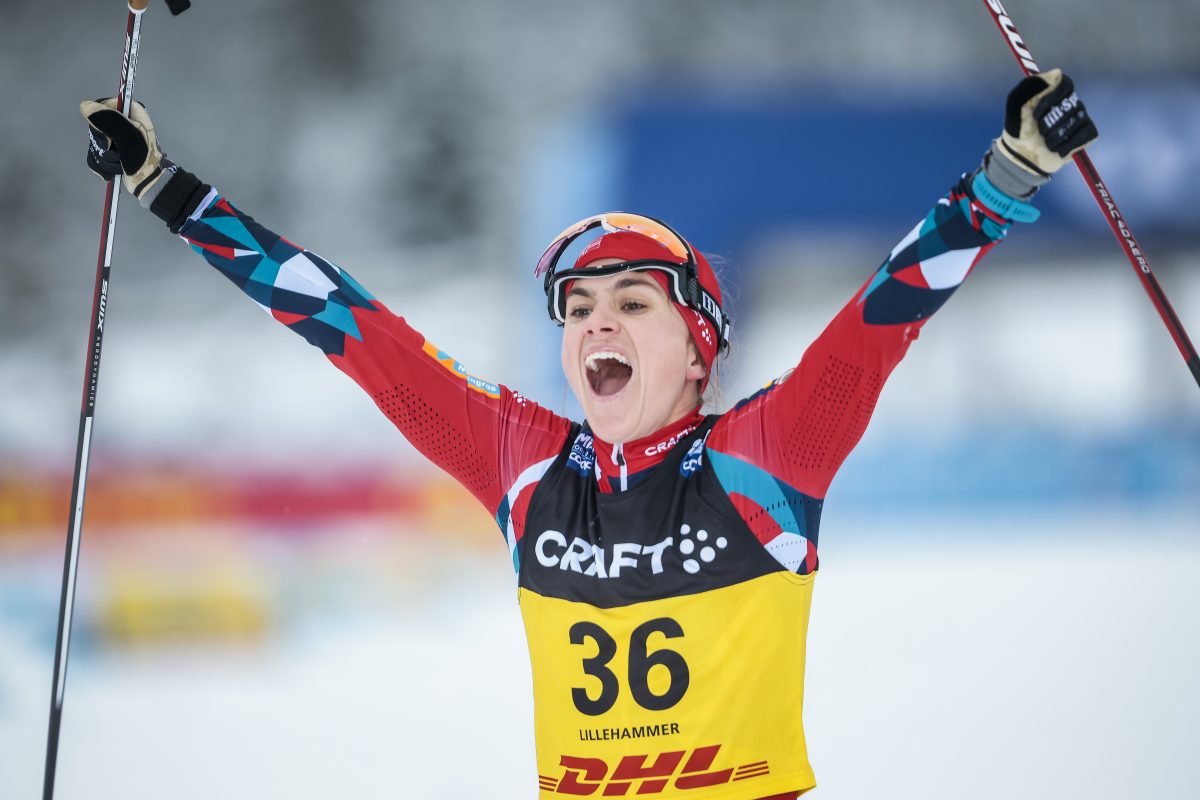