Have you decided to head to the snowy slopes, but can’t decide whether you want to become a snowboarder or a skier? This post will show you the right path

Skiing VS Snowboarding is a classic debate, that for at least once in life has occupied nearly every snow glider’s head. If you have recently become acquainted with snowy peaks and fields, it’s probably your time to work on the same quest.

With too many snowboarders and skiers adamant about their own niche, it is sometimes difficult to get a neutral and well-informed answer to which is better. However, there’s a very common mutual stance between the two:

Skiing is usually easier to learn but in order to perfect the sport, you are required to become extremely technical. On the split hand, snowboarding techniques are harder to master but can help quickly achieve impressive levels once nailed.

So, which one’s better for beginners? Let’s dive in and see what our guide says.

During your beginner lessons, you will easily pick up on skiing. Almost all skiing newbies pretty quickly get an edge on performing turns on entry to intermediate-level slopes. What makes the beginning of skiing so uncomplicated is the fact that your legs are separated. 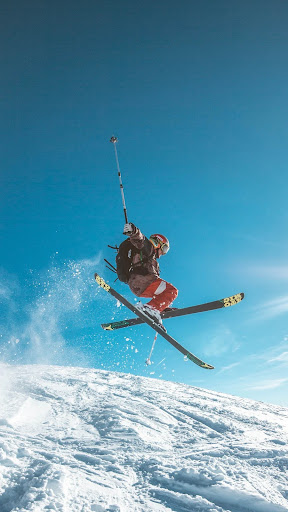 Separated legs give you the freedom to throw one outside the pace whenever you feel like tripping. It’s just like learning to walk on snow but with skis on.

Another thing that plays its part in making skiing more intuitive than snowboarding is the front-face position. Instead of a side stance, Skiing is done with a straightforward stance where a skier has the benefit of gliding with a complete peripheral vision.

In the case of snowboarding, the initial learning stage is a little bit daunting. First of all, all snowboarding novices should get prepared for tripping a lot. Your first few lessons will make you think of quitting. However, with each fall, you need to carry on and encourage yourself to try once more. 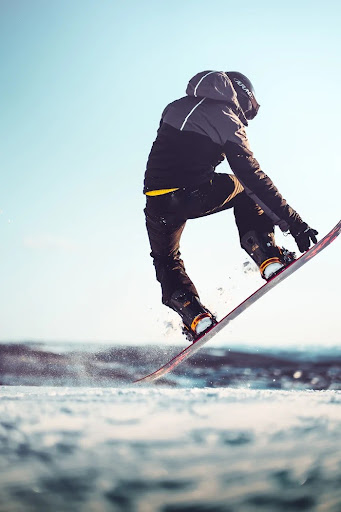 By trying each time you fall and by focusing on expert tips of learning how to snowboard, you will definitely master the basic skill set which quickly leads to the progressive level. For most beginners, it takes a few days before they finally grip and initiate making real advancement.

Now that we know about falling and the fact that it’s unavoidable, experts recommend investing in substantial padding. Padding cushions to your knees, joints and back will prove effective in saving you from injuries while you fall-and-learn in the initial stage.

But why is snowboarding trickier to master though? Unlike skiing, snowboarding is gliding over snow via a single board attached to both your feet together. Your feet stuck to the board is awkward at first and feels very restrictive too but this gradually induces your movements.

For skiing learners, the tough part of the journey starts from here. For many, the initial stage of learning proves to be a piece of cake but the progression level is more challenging than most expect. Here’s why advancing on the basics may take a while:

While learning to ski for the very first time, separated legs is a huge plus. However, the same bounty turns into a hurdle when you are required to learn how to make coherent moves with your legs. Most of the skiers take quite some time in learning how to move their legs in coordination and thus stop progressing. 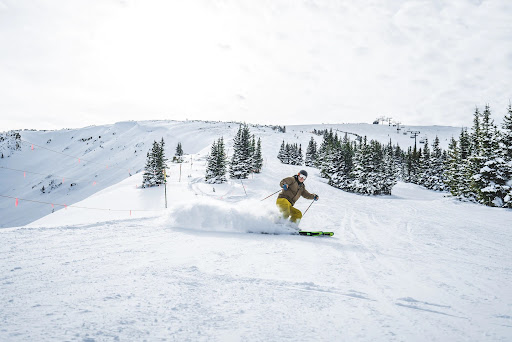 Enough of tripping and losing control due to limited peripheral vision, now it’s time to get rewarded by snowboarding. Once a snowboarder gets through the hurdles we mentioned in the initial level, progress is seen. 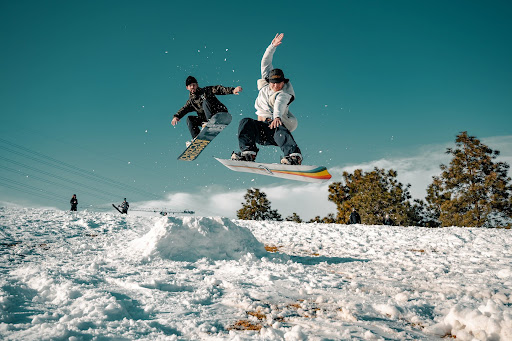 The biggest plus of snowboarding from the beginning stage to the time you become an expert is that its basic skill set will always remain the same. Hence once you get accustomed to the limitation of having your feet connected with a side stance board, you are out of the dark.

Whether you decide to glide with a board or skis, your body needs to be very fit. For beginners, the legs and thighs are mainly going to impact skiing while core strength is most meaningful in the case of snowboarding.

To keep your legs fit for skiing, experts recommend cycling as it not only helps strengthen the leg muscles but also renders less impact on the knees and other joints compared to running. For achieving fitness targeted towards snowboarding exercises like simple crunches, paddle boarding, and pilates are the best.

Though wearing skis is not as awkward as sticking both your legs on a snowboard, its boots are certainly not comfortable as the ones on a snowboard. Walking around town with your feet in ski boots is painful. 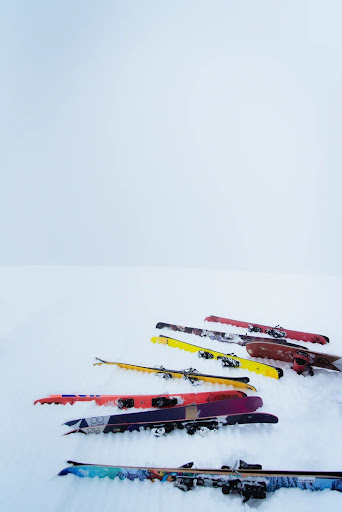 Boots on a Snowboard are relatively softer, which makes them comfortable and easy to snow glide and move in. 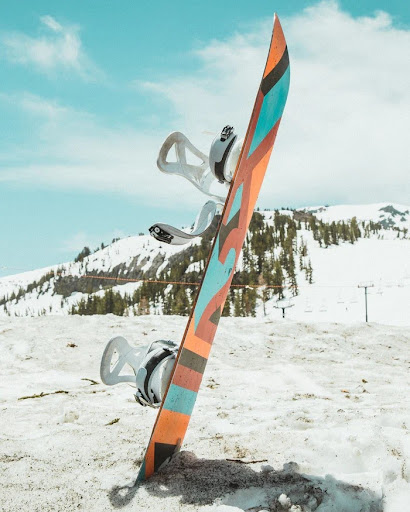 Hopefully, till now you might have already decided on what’s easier as well as potent from the Skiing vs Snowboard duel. However, before you dive into your preferred choice right away, we recommend that you look for a professional trainer to get you started with the basics.

Having someone by your side makes learning a lot better. Also, regardless of whether you go snowboarding or skiing, be very patient and motivated. Being impatient is a common skiing blunder most beginners do. Learning a new sport requires effort but the hard work will pay off!

Why We Grind New Skis