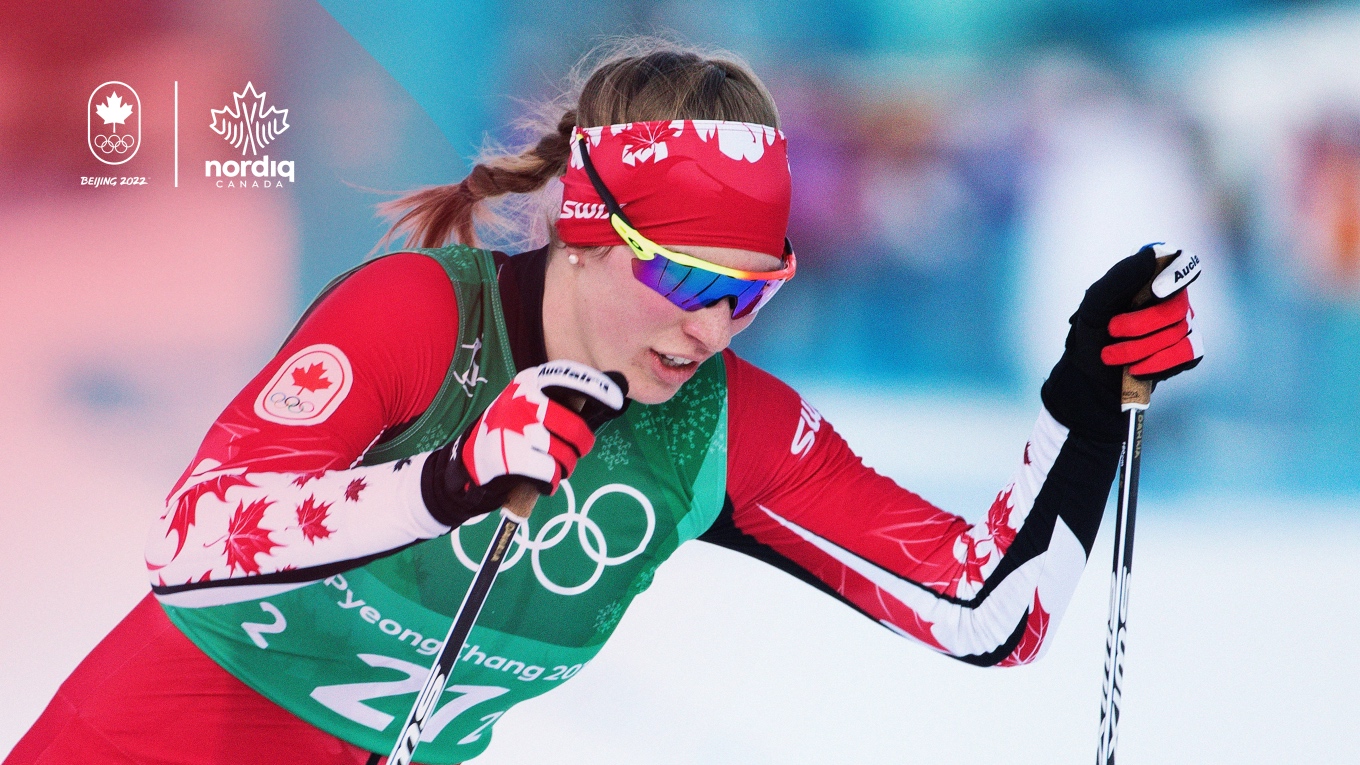 CANMORE (January 13, 2022) – Nordiq Canada and the Canadian Olympic Committee have announced the four women and three men who will form Canada’s cross-country skiing team nominated to compete at Beijing 2022. Two Olympic veterans will lead a new generation of cross-country skiers loaded with potential into the 2022 Olympic Winter Games.

The athletes nominated are:

Erik Braten (Oslo, Norway) has been nominated as the national coach.

The seven athletes qualified for Team Canada based on meeting the criteria outlined in Nordiq Canada’s Internal Nomination Procedures for the 2022 Olympic Winter Games. Those who did not pre-qualify through their performance on the World Cup circuit earned their spots through results at the Cross Country Ski Trials, held January 6-11 in Canmore, Alta.

“This is a talented group of athletes who are coming into these Games replete with veteran leadership and first time Olympic team members who are confident and driven to deliver results on the ultimate sporting stage,” said Stéphane Barrette, Chief Executive Officer, Nordiq Canada. “This group has represented Canada at all levels of the sport internationally and are now anxious to demonstrate their potential at the Olympic Games, which will serve as the ultimate benchmark in their continued development. I have complete confidence they will be fully prepared to achieve our team goals and their personal goals.”

Cendrine Browne and Dahria Beatty will each make their second straight Olympic appearance where they will be joined by longtime World Cup teammate, Katherine Stewart-Jones, to lead a promising group of young athletes. The trio of Canadian women have been steadily progressing up the international rankings over the last quadrennial.

“I’m really excited to be heading to my first Olympics. It is something I’ve always wanted to accomplish, and it is crazy that it is finally here,” said Katherine Stewart-Jones, who was the lone woman to pre-qualify for nomination prior to Nordiq Canada’s Olympic Trials. “I’m very excited about our whole team. We’ve made a lot of progress over the last few years, and I’m looking forward to showing the world what we can do.”

Laura Leclair, who will also make her Olympic debut, rounds out the Canadian women’s team after coming off a strong Trials where she won the freestyle sprint race.

All three Canadian men – Antoine Cyr, Graham Ritchie and Olivier Léveillé – earned their Olympic spots based on strong results on the World Cup circuit over the last two years. The 23-year-old Cyr had two top-12 finishes on the circuit this year. Ritchie, also 23, locked up his spot with a top-20 and a top-30 result, including a career-best 17th-place finish on the World Cup circuit the past two seasons. Cyr and Ritchie teamed up to finish seventh in the team sprint at the 2021 FIS Nordic World Ski Championships.

“Today is a dream come true and my whole focus now is on getting ready for the Olympics,” said Cyr.  “I have worked very hard and kept believing. I’m super happy. Hopefully, I can represent the maple leaf well by throwing down some good races.”

Léveillé, a rookie on the senior circuit, is the youngest member of the Canadian squad at 20 years old. The two-time medallist at the FIS World Junior Ski Championships punched his Olympic ticket with a 17th-place finish on the World Cup circuit earlier this season.

“Welcome to Team Canada!” said Catriona Le May Doan, Team Canada’s Beijing 2022 Chef de Mission. “The men and women who make up the cross country team are an inspiration to all of us. Their grit, determination and sheer training volume is incredible, and this team is no different. With trailblazers like Beckie Scott and Alex Harvey, Canadian cross-country skiers have continued to challenge on the international circuit, and we will be cheering these athletes on as they wear the maple leaf in Beijing.”

Prior to being named to Team Canada, all nominations are subject to approval by the Canadian Olympic Committee’s Team Selection Committee following its receipt of nominations by all National Sport Organizations.

The Nationally Shared Workout: A Look at the U.S. Pace Project