The Olympics start soon. Really soon. Here’s your one-stop shop to help you figure out what to watch, and when.

When are the races?

In the late afternoon to evening, if you’re in Zhangjiakou competing in them, in a nod to the lucrative European viewing market. In the late evening the night before, if like half of this year’s U.S. Olympic nordic team you live or train in Alaska. Squarely in the middle of the night, if like most of the rest of the team you live or train in Vermont (or anywhere else in the Eastern Time Zone). 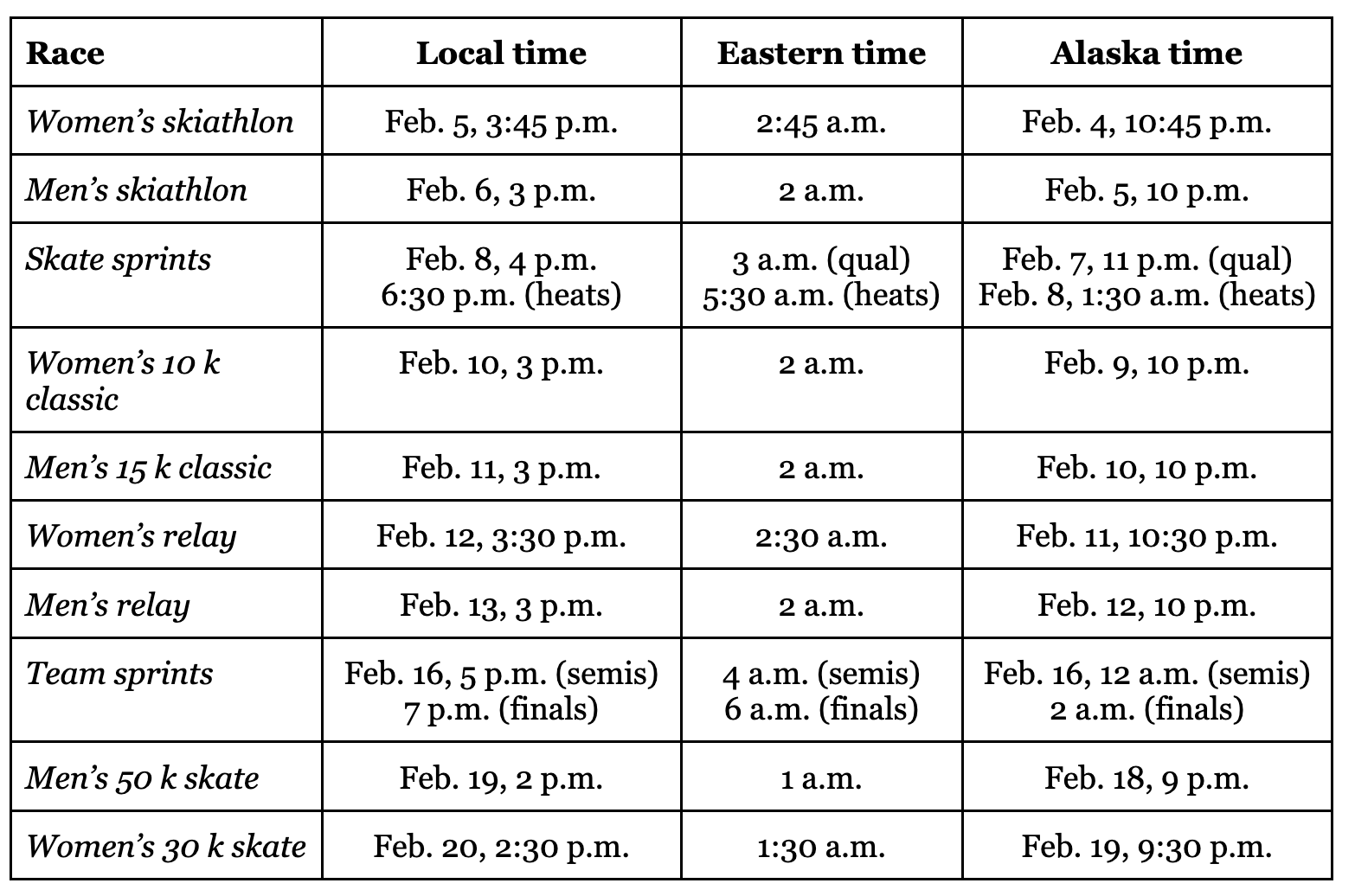 How can I watch the races?

NBC’s PeacockTV and the Olympic Channel are the primary networks that will feature live Olympic coverage, broadcasts, and event replays. Peacock currently has all cross-country events in their “Live & Upcoming” list, along with a section dedicated to “Jessie Diggins Highlights,” which sits above this season’s World Cup event replays, and another section of “Road to Beijing Highlights.”

Each event will be streamed live, presumably with a full replay available shortly thereafter, and also broadcast with commentary later in the day. A streaming and broadcast schedule for both Peacock and the Olympic Channel can be found here on the U.S. Ski & Snowboard website.

As for the commentators whose voices you’ll be hearing on air, NBC advises, “Steve Schlanger reprises his role as a play-by-play commentator for cross-country skiing, his sixth Olympics assignment. In addition to his work on biathlon, Chad Salmela will work as the cross-country analyst along with gold medalist Kikkan Randall, who makes her Olympic debut as an analyst. Naoko Funayama, in her second NBC Olympics assignment, is the reporter.”

How can I read in-depth coverage of these races?

Nat Herz will be on the ground in Zhangjiakou throughout the Games, supporting coverage on FasterSkier and the Anchorage Daily News, and providing insights from inside the Olympic bubble. The rest of the FasterSkier staff will be working hard to provide timely and quality race coverage, per usual. Don’t touch that dial, as they say.

Who’s going to win the races?

This was the topic of much enthusiastic speculation on the final pre-Olympic episode of the Devon Kershaw Show. Here are the compiled podium picks from Kershaw and special guest Alex Harvey, based on what was known about Covid presences and absences as of last Sunday (as host Nat Herz will be on the ground reporting, he remained professionally agnostic on the question of predictions during this show). Picks are listed in medal order, i.e., gold–silver–bronze.

Who else is in these races?

Great question. You can find a general overview of the courses and venue here, a more substantive roundup of on-the-ground reactions to the courses here, and a deep dive into the implications of the final uphill into the stadium coming on this site tomorrow.

What else is going on in world politics around these races?

Not very good things. Here’s a representative roundup of non-sports Olympics coverage from just this past week:

New York Times, “For Olympic Sponsors, ‘China is an Exception'”

Globe and Mail, “Beijing’s Olympic plans are already mired in politics and threatened by COVID-19. Will it all be worth it?”

The New Yorker, “How Beijing Is Playing the Olympics”

Inside the Games, “Beijing 2022 confirms 11 hospitalised with COVID as further cases reported”

Olympic Biathlon Schedule & Who and How to Watch 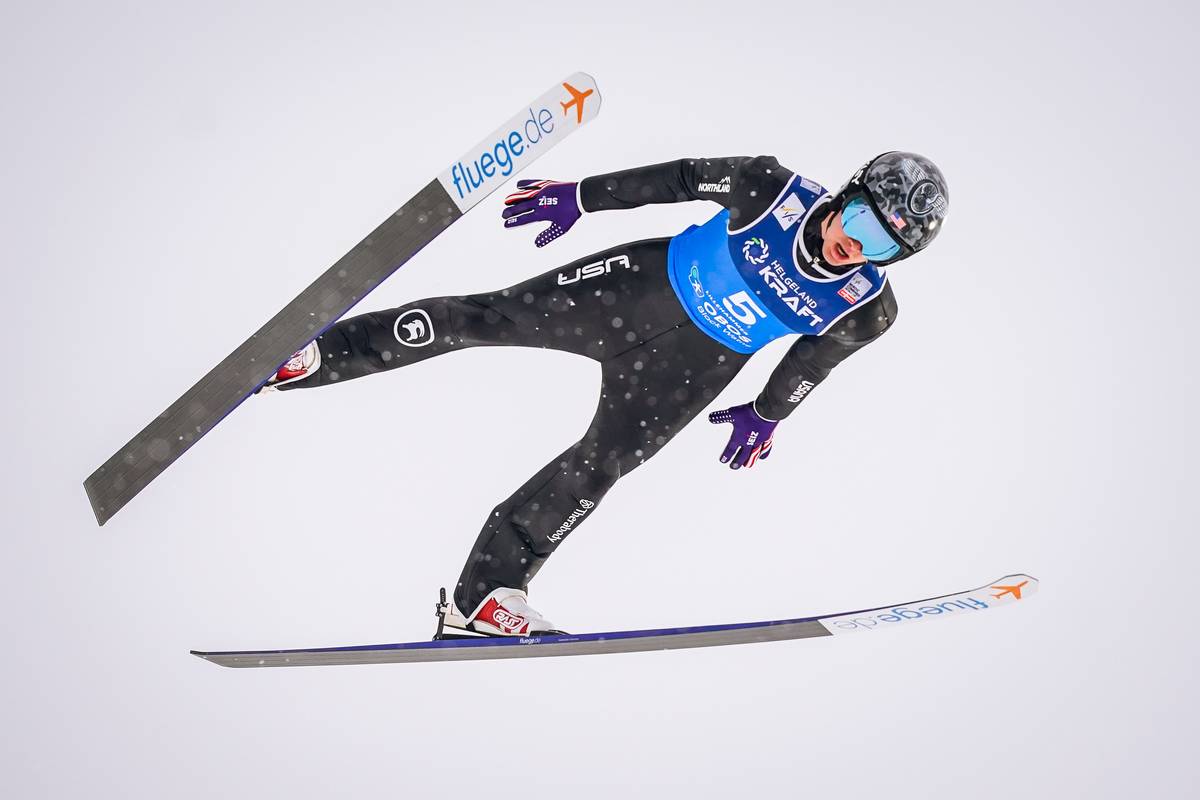