After a three-year break from World Cup racing, Torin Koos returned to the international scene last year and picked up where he left off with a top 20 finish last March. As the 33-year-old prepares for what could be his fourth Olympic Games, he thinks of last season as a stepping stone to more progress in 2014. “I feel like I’m coming into this year with some momentum and still with a lot to prove as well, to myself,” Koos says.

If you noticed the slew of photos from a ski race in the Yukon last week, you weren’t dreaming. The second-annual JP Grand Prix, hosted in a backyard in Whitehorse, was held on Friday complete with live music, a barbecue, TV crew and, yes, snow. Welcome to the world’s coolest ski race.

With the conclusion of all four Regional Elite Group training camps last week, USST development coach Bryan Fish discusses how he’s watched juniors improve over the last few years in camps and competition thanks to collaboration between coaches nationwide, the support of organizations like the NNF and presence of a more clear American model for international success.

Fresh off a trip from France, where he trained with national team skiers and biathletes, Erik Bjornsen talks how he wants to build off last season’s breakthroughs and the major lessons he takes away from training with foreign athletes. “In order to reach the top, you really have to live cross-country skiing at every hour of the day,” he says.

The joint women’s training camp between the U.S. Ski Team and Alaska Pacific University began this week in Anchorage, Alaska, bringing many of the nation’s top female skiers together for the first time in a month along with a few special foreign guests. After a “killer” workout earlier this week, USST women’s coach Matt Whitcomb said training has been going well so far.

The North American Women’s Training Alliance camp began in Alaska this week, and on Tuesday they did a rollerski workout that U.S. Ski Team women’s coach Matt Whitcomb called “the best threshold workout I’ve seen out of this group of women since I’ve been working with the team.” Presenting this week’s workout, with video.

There are many stakeholders involved in creating the World Cup each year — athletes, race organizers, national governing bodies and, ever increasingly, television. U.S. Ski Team head coach Chris Grover shares his thoughts on media influence on cross-country’s evolution and provides some insight into the reasoning behind decisions made at last month’s FIS Calendar Conference.

The U.S. Ski Team’s summer training camp in Alaska has become increasingly international over the past few years, and in 2013 the list of invitees will grow by one more. Norwegian National Team member Astrid Jacobsen is scheduled to be in Alaska for three weeks in July to train with the American women.

Upon returning to Park City from her recent training trip to Norway and Sweden, Liz Stephen spoke about the experience of training with Marit Bjørgen and Therese Johaug, overcoming the fear of new things, and how she plans to carry confidence into next season, where she wants to be on the podium at the Sochi Olympics.

Whether it’s the first meters of a mass start or the final stages of a head-to-head sprint, a strong double-pole can be critical to the outcome of a race. Ida Sargent shares an interval session that has helped her make recent gains.

Ida Sargent made a breakthrough this season when she cracked the top-ten for the first time Kuusamo, Finland, and then topped it in February by making the A-final in Sochi, Russia. Next year she wants to be back there as part of the U.S. Olympic Team. “If you’re not excited and fired up thinking about it, you probably shouldn’t be training for it,” she says of the Games.

Joanne Reid won eight RMISA races prior to the 2013 NCAA Championships last March, but it wasn’t until she became the 15 k champion that she finally believed her entire season wasn’t some big fluke. Now, Reid faces a choice she didn’t expect to: whether to dedicate herself to skiing or continue down an academic path. 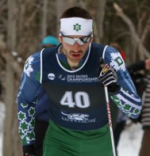 With his four years of NCAA eligibility completed, Sam Tarling will return to his roots to begin his professional career. The Maine native and 2011 NCAA 10 k freestyle champion for Dartmouth College will again race in the white and blue of Maine Winter Sports Center next season. 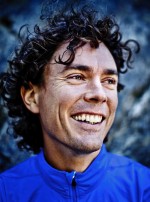 FasterSkier recently sat down with ultramarathon legend Scott Jurek over coffee in Boulder, Colo., to ask him about his background in skiing, his lifelong passion for running and his transition to a new phase of his career. When it comes to love of sport, his words are applicable whether you’re a runner or a skier.

FIS announced the new World Cup calendar on Monday, and cross-country ski fans have a few changes to look forward to. The Ruka Triple serves as the season-opener in November, there are a few new venues on tap in Period I and in February all eyes will be on the northeastern coast of the Black Sea for the 2014 Sochi Olympics. 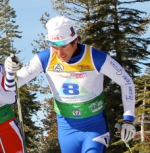 Despite getting sick early last season and not making World Championships, Sylvan Ellefson is glad he began last year on the World Cup. He hopes the extra international experience will serve him well in the coming Olympic year. Ellefson doesn’t just want to make it to Sochi, either. “I want to go and have a result,” he says. 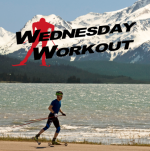 Traveling this summer? Alaska Pacific University’s Reese Hanneman has an efficient, one-hour interval session for you that fits easily into a busy vacation schedule away from home. 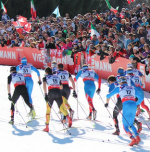 Of all the races to go by the wayside in recent years, the 30/50 k is often missed by longtime fans of the cross-country World Cup. Athletes miss it too, and at the annual International Ski Federation (FIS) Calendar Conference this week in Dubrovnik, Croatia, one of the biggest items on athlete representative Kikkan Randall’s agenda is to propose its return.