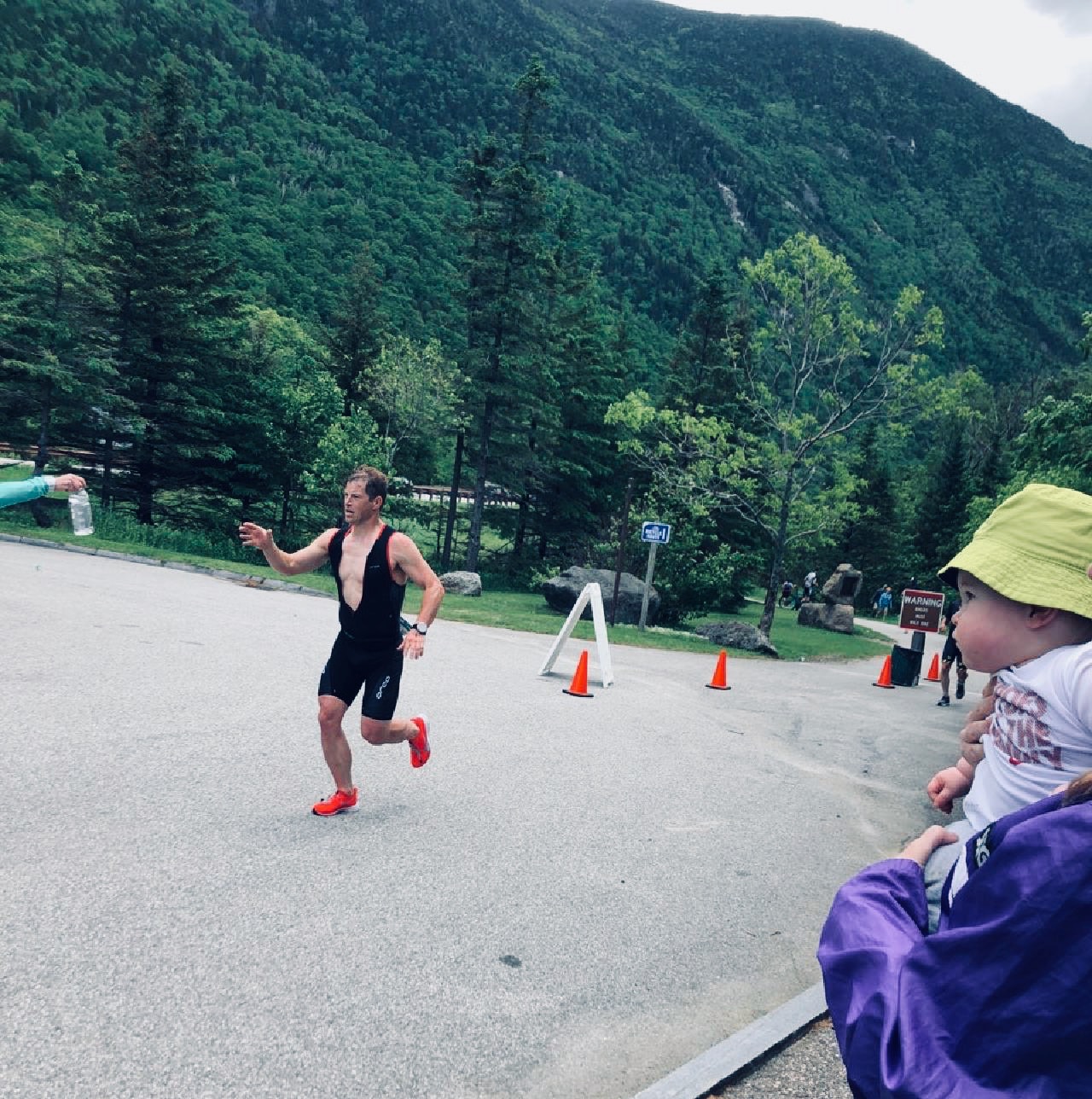 This is the second story following Kris Freeman as he builds towards his first Ironman triathlon in late July. You can read part 1 here.

They are not baby steps, but they are incremental steps. Retired elite cross-country skier Kris Freeman has been eyeing the Lake Placid Ironman triathlon on July 28. As part of his step by step race and training plan for the full Ironman, Freeman contested an Olympic distance tri on June 1, and a Half Ironman on June 22.

Freeman’s continues to push the boundaries of diabetes management in his post-ski career as well as his performance standards. Freeman placed second in the Olympic distance tri and according to the New Hampshire based athlete, he nailed his blood sugar management.

“It was actually about a perfect blood sugar profile as I could hope to have for a race,” said Freeman.

The Olympic distance race took Freeman 2:24.27 hours to complete. The Half Ironman, with roughly double the distance, would be a different blood sugar challenge.

“Because this race was going to be more or less twice as long as the last race, I decided I was going on a much reduced insulin level,” said Freeman.

Freeman’s experience with dialing in his insulin (which removes glucose from the bloodstream and returns it to the muscles) has taught him that as he goes into an anaerobic state and lactate builds, his blood sugar levels also rise. During longer race efforts, however, Freeman remains mostly aerobic. His insulin dosing strategy takes this into account. He does not want too much sugar removed since his lactate remains lower and his body releases less glucose as a response. During a four hour plus Half Ironman effort, Freeman also has the ability to augment his blood sugar levels by bringing more on board quickly with a sports drink.

In the Olympic distance tri, Freeman programmed his insulin pump for a small dose of insulin every five minutes. With the longer duration Half Ironman, Freeman strategized and chose to dial back his insulin dosage.

“I had been playing with the suspension and the reactivating of insulin in my longer workouts,” Freeman said. “And I have found that when I run just a constant low basal that it sometimes compounds on itself and I get an unwanted unexpected [blood sugar] low.”

A non-diabetic’s response during aerobic exercise is to initiate a physiological cascade releasing glucose to the system while suspending the release of insulin. When blood sugar levels rise, the body releases a dash of insulin as needed to stabilize blood sugar levels.

“I am just trying to replicate as best that I can,” said Freeman of his Half Ironman insulin dosing.

During Freeman’s June 22, Half Ironman, he used the same basal level of insulin as his Olympic tri for the first hour. He then suspended insulin delivery for the next two hours.

The swim took Freeman 32:42 minutes. The 56-mile bike, 2:30.37 hours. His insulin pump remained activated from the start through the first 30 minutes of his bike segment. For the remainder of the bike, he received no additional insulin until his pump reactivated as he began the 13.1 mile run.

“It then came back on for half an hour at the 1.0 rate, so I got a half unit over the course of a half-an-hour,” explained Freeman. “And then I turned it back off again. I figured it being at about three hours into the race when I would transition to running and I would have access to a lot of feeding again because the course loops back on itself through the feeding zones. I could get as much as I wanted at that point.”

How did it all work out?

Swimming is not Freeman’s strong suit. He thrives during the bike and run. He transitioned to the bike with several athletes to catch. Two strong swimmers had a six and four minute lead respectively as they began the bike.

During all this, Freeman monitors his blood sugar. He wants his blood sugar levels between 100 mg/dl and 180 mg/dl. He hears a specific audible alarm if he falls below or rises above those marks. 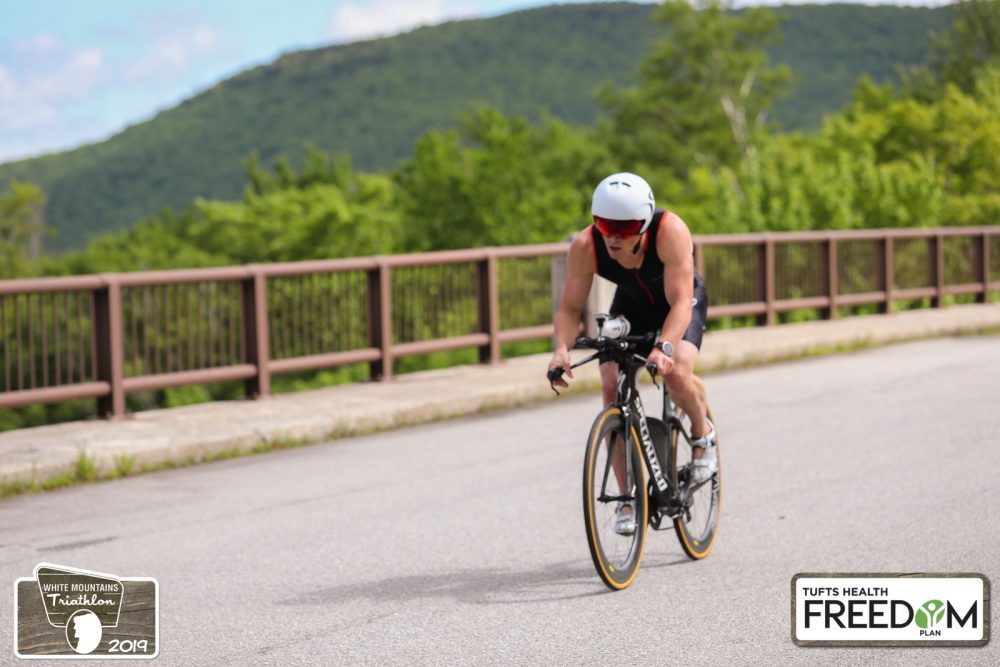 Throughout the swim and bike, Freeman heard the alarm indicating his blood sugar was slightly high: in the 200 mg/dl range. He wanted to be lower.

“I think the main thing that played into that, it is funny, I know what the race is, it is a regional level triathlon,” said Freeman. “This isn’t the end of the world or anything. But before the race, I am scrambling around. I am going to the transition zone, setting everything up, wondering how much time I have to put my wetsuit on. Things I am not used to doing and all of a sudden I am getting nerved up and my high glucose alarm goes off because that is an effect of being nervous.”

Freeman believes that with the added nerves and the subsequent release of adrenaline, his blood sugar levels at the start were most likely elevated. But taking a larger dose of insulin at the outset to control for those nerves may not be the best long term strategy for Freeman.

The synthetic insulin Freeman used has a diminishing tail of effectiveness. The insulin dosage pulls the most glucose out of the blood and into the muscles 30 minutes post-injection.

“Then it has a 2.5 hour tail until it is gone — it is like an ever reducing amount of effectiveness until it is played out,” Freeman explained. “When I am giving myself a dose before the race I need to take into account that this tail stretches into my race. Which is why I don’t take a ton of insulin before my race to control my nerves.”

So despite hearing the alarm, Freeman stuck to his initial feeding plan: Three 20 Oz. bottles of untapped sports drink on the bike.

“Even though my blood sugar was high, I continued to feed and it never went over 220,” said Freeman. “When I came into the bike-run transition I was down to 180, which is about where I wanted to be.”

His aerobic effort had burned through enough glucose to bring his levels down into the desired range as he moved towards the front. Freeman reeled in the eventual third-place finisher around mile 40 on the bike and the second place finisher during the run. He won in a time of 4:33.08 hours.

At the end of the month, his first Ironman distance tri awaits. With it, a new set of data will be filed into Freeman’s catalog of insulin dosing and feeding strategies while racing. He estimates his time racing will at least double for the full Ironman.

Freeman plans to use the fluctuating insulin plan in Lake Placid — he’ll be turning it off and on intermittently throughout his race.

“Running a low level of compounding insulin eventually catches up with me is what I have found,” said Freeman. “I like turning it on and off — even when I turn it off, I still have the tail from the last dose in there. So as long as I don’t turn it off for three hours I will always have insulin in my blood. That way I can time things a little bit for when I feed. And also the Ironman, it is a slower pace, it is a longer race. I may actually take out my pump controller at some point and give myself an additional amount of insulin if I need to. I can keep that controller in my transition zone and if I finish the ride, for example, and I have been running high all day and I really need some insulin, I can give myself that in the transition and it would cost me maybe 30 seconds to do so over a 9 or 9.5 hour race. Thirty seconds, you know, isn’t the same as would be in a two or four hour race.”

For much of his career, Freeman has been a human test lab for choreographing the insulin-glucose duet. The progression from Olympic to Half to full Ironman offers another spelunk into his personal pain cave and data collection. 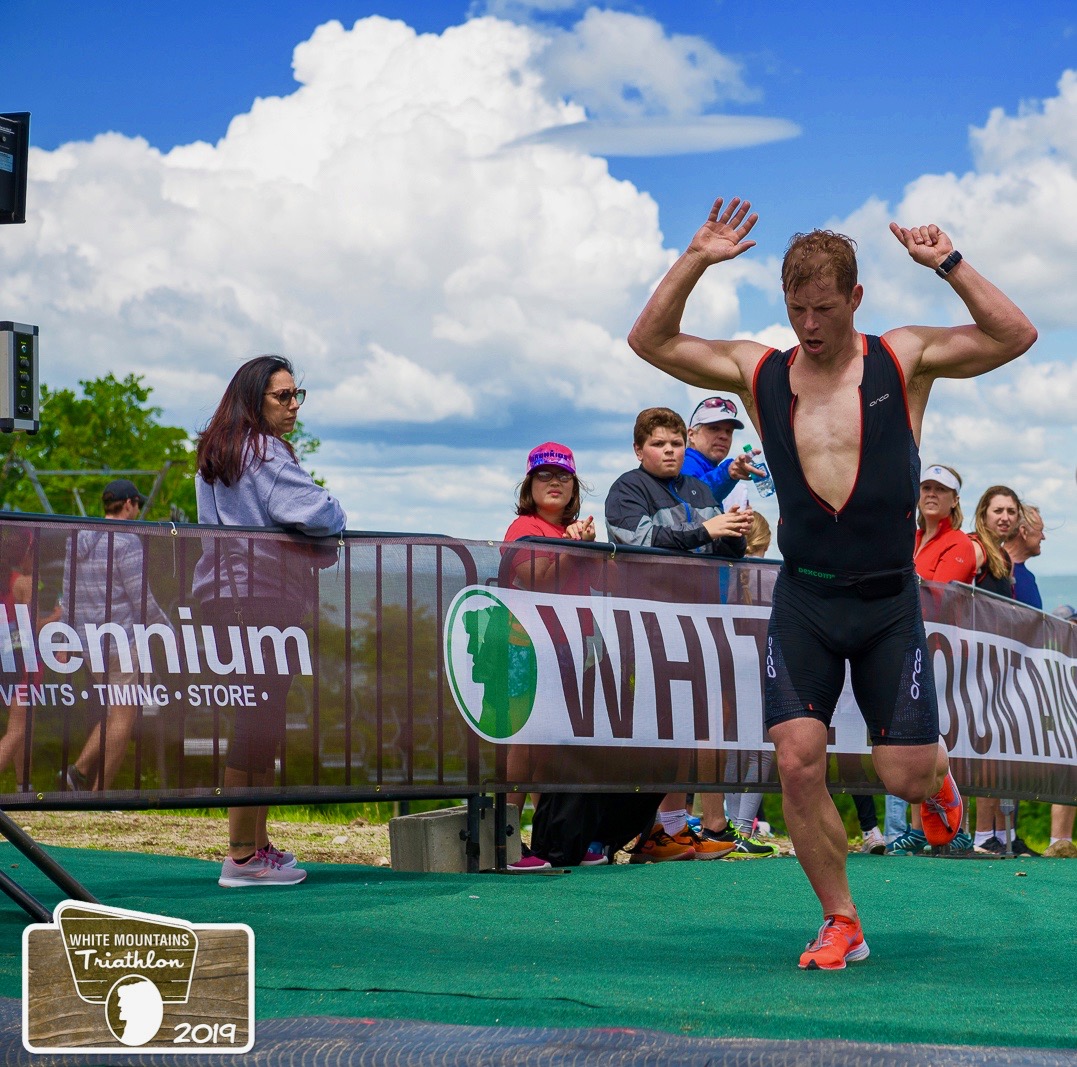