This article was originally published on November 11, 2019 in Steamboat Magazine. It is reposted with permission. 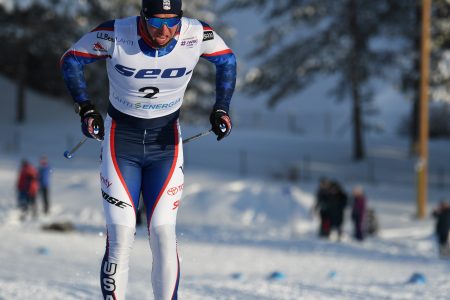 Being a “first-ever” is rare, especially in a town filled with Olympians. Noel Keeffe is one of them. Born and raised in Steamboat Springs, Keeffe is the first Steamboat Springs Winter Sports Club cross-country athlete to be named to the U.S. Cross Country Ski Team.

“Our coaches continually remind us that our life as a student athlete is like balancing a three-legged stool – athlete, social and school,” says Keeffe, who is in his second year at the University of Utah, majoring in material science and engineering.“They reinforce that we need all of the three, and that we shouldn’t just focus on one. Going into my second year here at the U, I’m better able to plan my time depending on the season. I know when I’ll need to spend more time on school, when I’ll need to focus more on training and competition and when I can relax a bit.”

Keeffe is in a unique situation in that he has three coaching sources: SSWSC coaches, University of Utah National Team coaches and U.S. Cross Country Ski Team coaches. He says having access to this triangle of talented resources helped him plan a vigorous strategy going into this season.

“One of my goals this season is to qualify for U-23 [World Championships in February in Oberwiesenthal, Germany]. To do that I must race well at US Nationals in Houghton Michigan [in January]. If I end up going to U-23’s and race well there, then I will qualify for the World Cup race in Minneapolis [in March]. Getting a World Cup start this season would be pretty awesome.

“Because this race is in the U.S., it gives our team a significant starting advantage, so I hope to maximize that opportunity.”

This year Keeffe is living in an apartment with two other student athletes from the ski team, an arrangement he says works because they all have similar schedules. But, he adds, the arrangement is not without its challenges. “There are only three of us in the apartment, but we are constantly running out of refrigerator space,” Keeffe says. “On average, between the three of us, I would say we eat 15,000 to 20,000 calories a day. Every time I cook dinner for the whole apartment I think I have made to much food and somehow it is always gone by then end of the meal. I go to the store and buy some food – next day, it’s gone. We eat more food in a week than some family’s do in a month. It’s astonishing!” 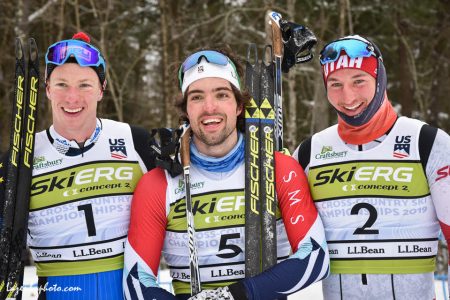 Keeffe says he has a better understanding of the student-athlete life this year, and is ready to maximize both his ski training and his studying. “I consider my classes and training one big package. I found that being in college, I have more time to focus on athletics and that being a student athlete allows me to juggle my schedule as necessary,” he says. As a sophomore, Keeffe is taking a larger class load than last fall, is training more and is training at a higher level.

Keeffe mentioned he has always had an interest in STEM (science, technology, engineering and math), and that he has been able to apply his experience with carbon fiber ski poles to help him in his materials science and engineering classes.

Keeffe is poised for achievement and looks forward to a challenging season as he learns how to balance his three-legged stool for success.