The news coming out of Lausanne, Switzerland this week was reaffirming for competitive U.S. skiing: at the Winter Youth Olympics two American junior skiers podiumed and one had a near miss in fourth. Kendall Kramer, out of Fairbanks, Alaska placed third (+20.6) in the 5 k individual classic while Sydney Palmer-Leger of Sun Valley, Idaho was fourth (+27.6). Will Koch of Peru, Vermont placed third in the 10 k individual classic.

The results speak of individual drive, community support, and a U.S. pipeline rife with talent. 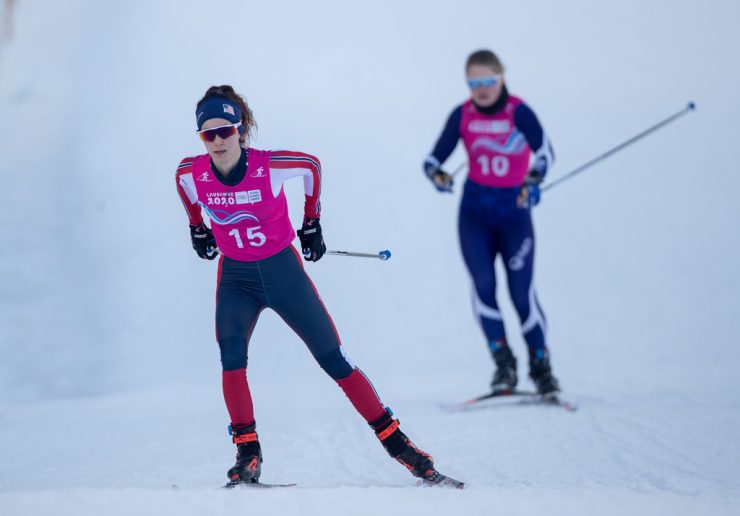 These performances came down earlier this week. But here at FasterSkier, we have been discussing how we cover juniors in the sport for several weeks. The key component for us is balancing news with respecting the nature of teenagers in a high pressure sport.

Just take a moment at races with live timing and vibrant cell coverage or Wi-Fi, and you’ll see parents, athletes, and coaches often glued to their phones. Live timing is perhaps as scalpel-like as it comes. It’s easy to get caught up in a game where the result is the story.

Juniors are not professional athletes. In the case of disappointment, in the case of feeling too much pressure, what support systems are in place for junior athletes? We’ve been thinking about the answers to these questions.

We all know these teens are more than their results.

Here is the title of the International Ski Federation’s lead story on the men’s 10 k individual skate race from the Youth Olympics: Tregubov Wins Gold, son of Legend Finishes in Third.

We know “Son of Legend” has a name — that would be Will Koch. And he has his own narrative that is his to tell. The story in Lausanne was beautiful. The legend Bill Koch, the only male American to win an individual Olympic medal (1976 Winter Games 30 k silver), is on hand to watch his son Will achieve his own goals. It’s a dream narrative. A proud moment for both. 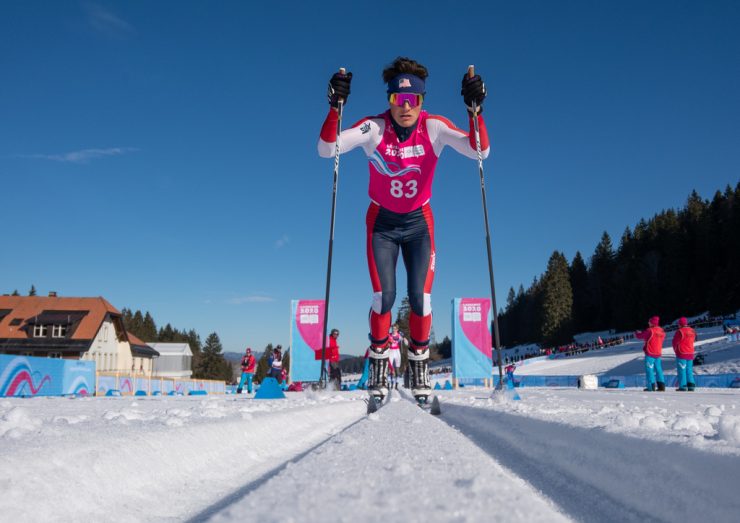 Will Koch (USA) during the 10 k classic at the 2020 Youth Olympic Games in Lausanne, Switzerland. Koch placed third in the event. (Photo: OIS/Joel Marklund)

Let’s reflect. While covering the sport at FasterSkier, we hear many stories. Most prominent, and frankly the easiest to relay, are those falling into the tidy box of a podium result. Who doesn’t love that? The harder ones, and we hear about these as well, are those of athletes falling through the pipeline’s cracks for some reason or another. Maybe the gift of DNA didn’t align precisely. Maybe the athlete struggled with the social-emotional aspects of a high pressure medals-matter environment. It is complex. As we were reminded in a group phone conversation yesterday on the topic of juniors, “success early does not guarantee success late”. 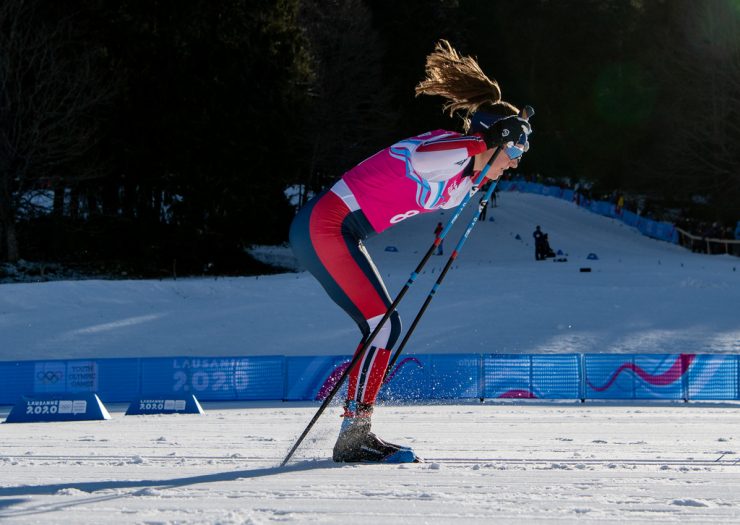 Sydney Palmer-Leger of the U.S. during the 5 k classic at the 2020 Winter Youth Olympic Games, Lausanne, Switzerland. (Photo: OIS/Joel Marklund.)

Imagine for a moment a teenager in this high stakes game we call sport? That’s what we have been trying to do. Sometimes the outcome here at FasterSkier will be less than perfect. But we are and have been thinking about how we effectively cover junior athletes. The results in Lausanne just made it more acute.

Which reminds us to celebrate Kramer, Ledger-Palmer, and Koch. And to celebrate Nina Seemann, Brian Bushey, and Kai Mittelsteadt who also represented the U.S. in Lausanne. 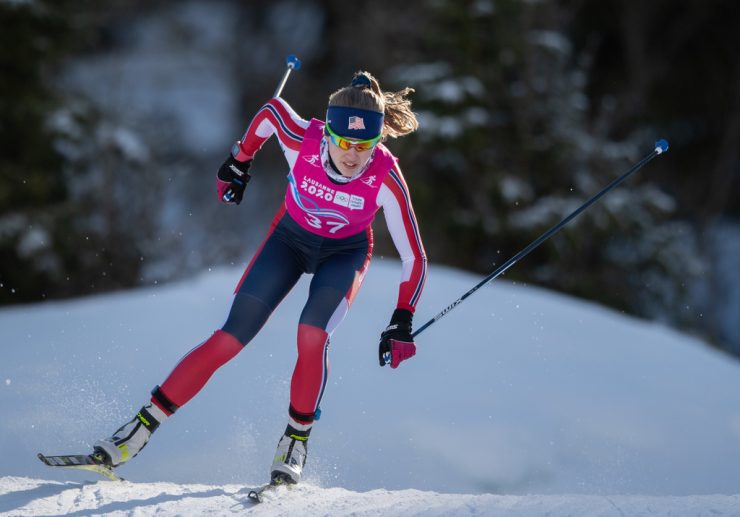 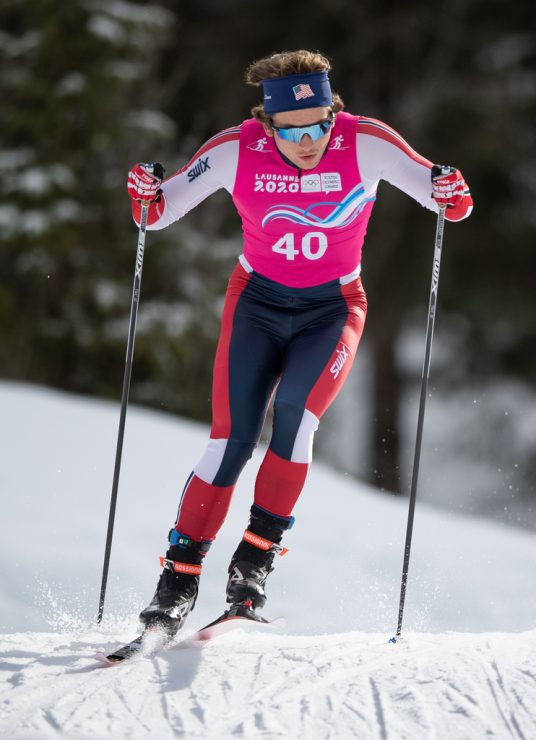 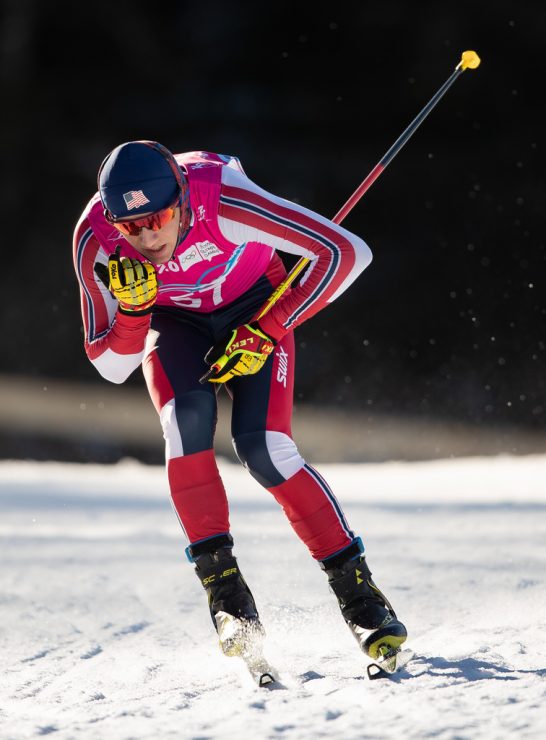