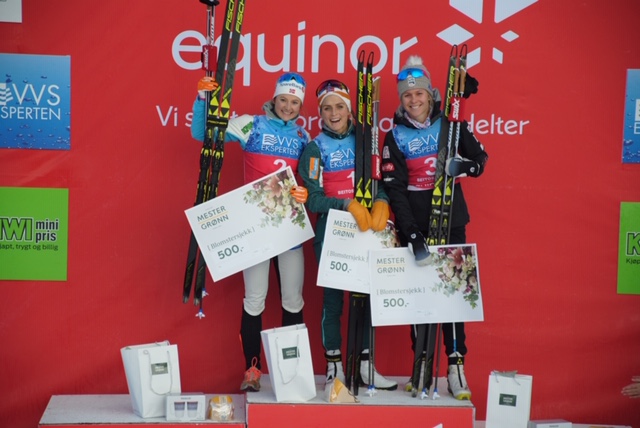 The FIS opener races in Beitostølen, Norway, came to a close on Sunday as competitors capped off the three day race weekend with a men’s and women’s freestyle distance event.

Forty-nine athletes raced the women’s 10-kilometer skate race, with Norway’s Therese Johaug taking the victory in a time of 24:21.5.

The FIS win is Johaug’s second in a row (she won Friday’s Beito classic race before skipping Saturday’s sprints) since her return to the circuit after an 18-month ban from competition. Earlier this summer, Johaug proved her form when she won the Blink Ski Festival’s famed Lysebotn Opp hill climb in record time.

In Sunday’s 10 k, the closest competitor to Johaug was Norwegian Ingvild Flugstad Østberg, who finished 26 seconds back from the winning time. Østberg is coming off the 2017/2018 season having been ranked third in the overall, behind American Jessie Diggins and Norway’s Heidi Weng. 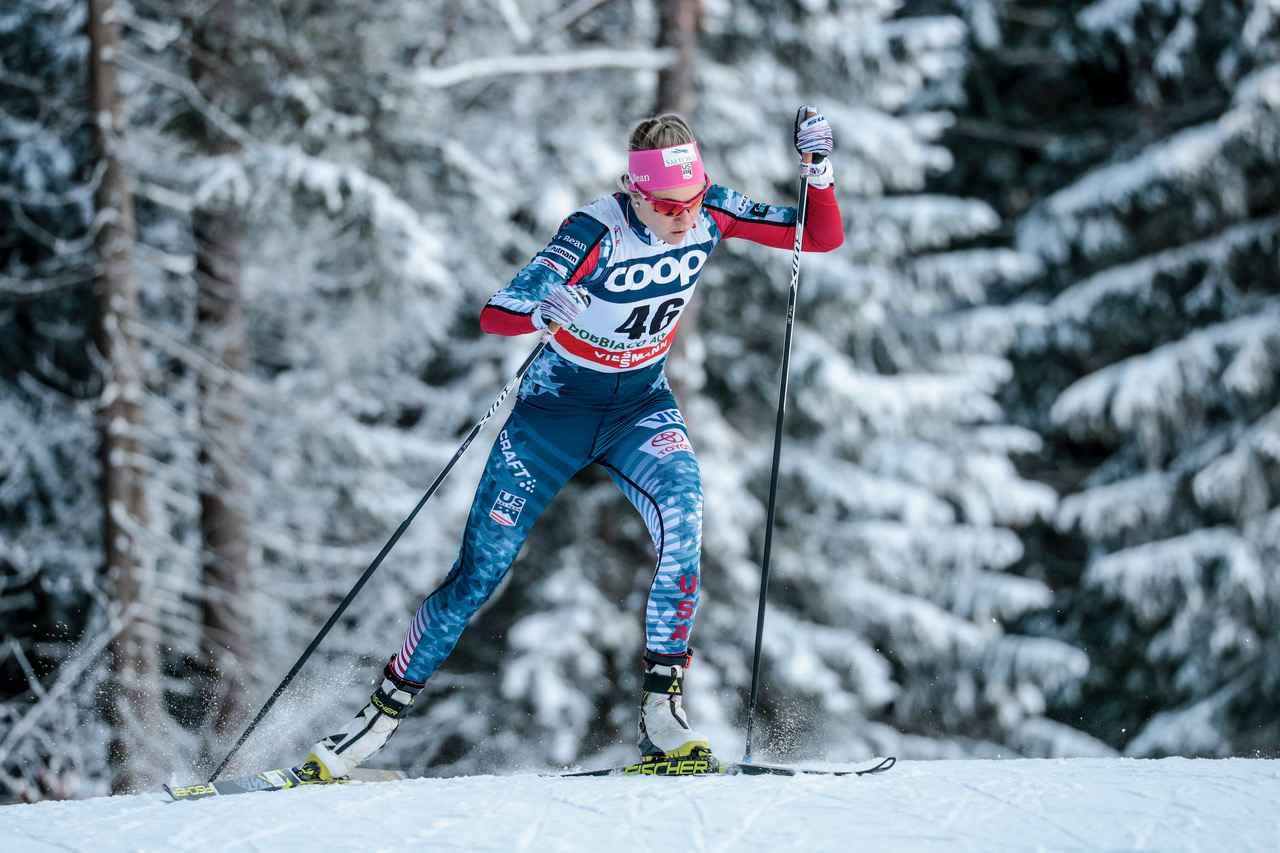 Along with Bjornsen, Scott Patterson of the men’s USST, was the only other American to race in Beitostølen. Most of the USST is currently in Rovaniemi, Finland prepping for the upcoming World Cup races slated to be held in Ruka. Both Patterson and Bjornsen, as well as their wax technician JP, will fly to Rovaniemi on Monday.

“It was definitely different to venture off from the team and come here on my own, but I’m really happy I’m here,” Bjornsen told Fasterskier. “It was a great week of testing and a great week of checking out the Beitostølen courses before we come here again in two weeks.”

Beyond testing skis and previewing the Beitostølen race course, Bjornsen also indicated that Sunday’s 10 k was a good reminder of how a longer race effort feels.

“In the summer we do so many intervals that are around three or four minutes long, or we do kind of an easier pace for 30 minutes,” Bjornsen said. “Today, my goal was just to try to push my mind through 30 minutes straight; not having any moments out there where I was just like settling in or chilling, I wanted to push the whole time.”

Though the conditions were soft on Sunday, Bjornsen explained that was not an unfamiliar challenge.

“It kind of felt like I was skiing in the middle of the summer on the glacier,” said Bjornsen, who trains with the Alaska Pacific University based out of Anchorage, Alaska outside of the race season.

“I’ve done a lot of training like that on Eagle Glacier in Alaska, so I was trying to channel my summer Glacier skills,” Bjornsen said. “t was nice that I got to ski with Ingvild for a brief amount of time and remember what it looks like to be pushing hard and what it feels like to be pushing that hard.” 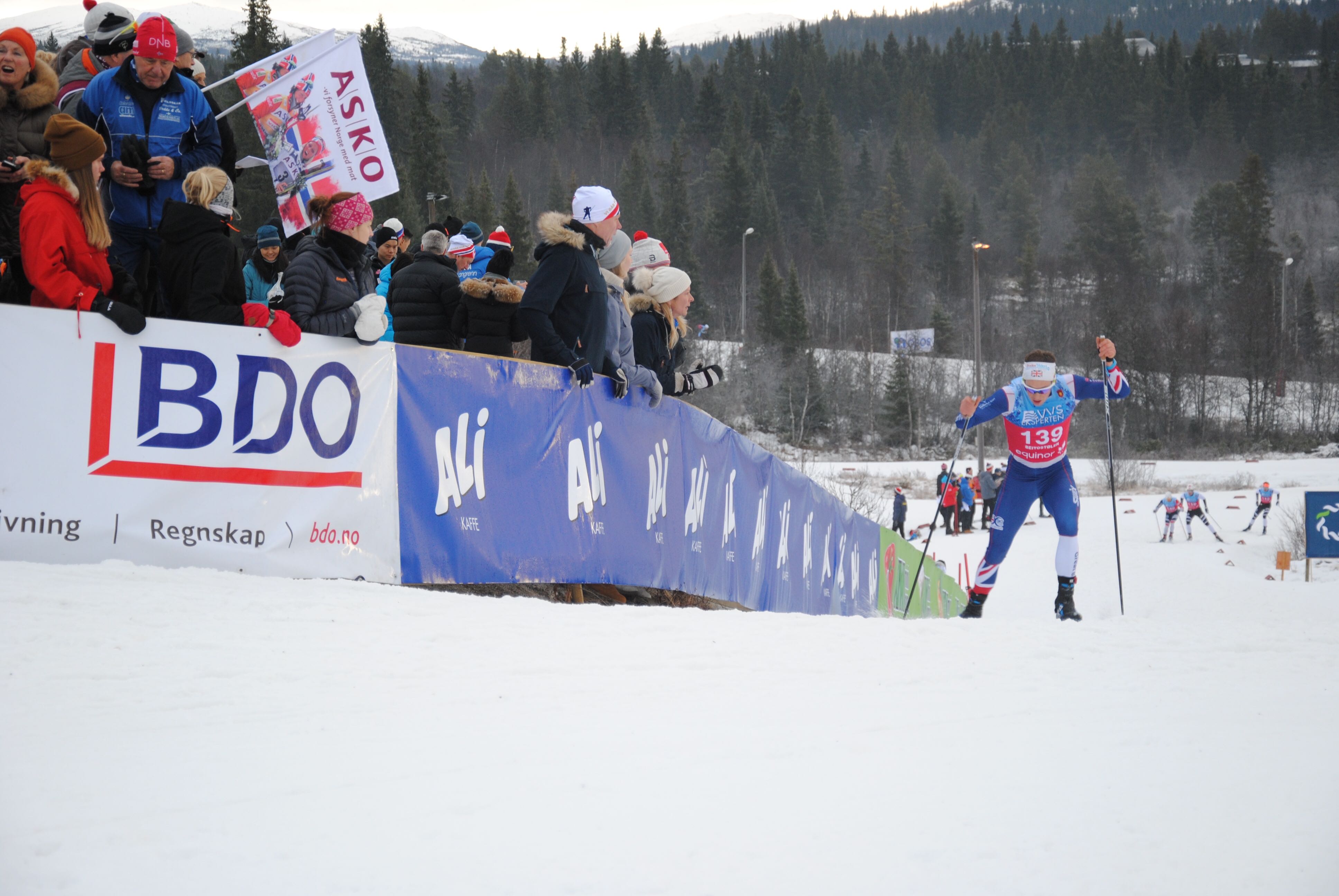 Young, who considers himself more of a sprint focused skier, called the Sunday’s 15 k “one of the best distance races [he’s] ever done.”

Part of that, he explained may have been the course layout. Though much of the course featured what Young referred to as “easy terrain” there were plenty of corners to test skiers technical skill and ability to conserve energy for when it counted.

“There’s one big hill on course here that’s pretty hard, the rest of it is actually pretty easy terrain,” Young said “…you have to make sure you have energy and fresh legs in corners, because if you’re tired going through those, you lose a lot of time.”

“It’s actually quite good for sprinters, this course, because there’s a lot of acceleration in the corners so you can kind of use that to your advantage,” he added. “That definitely played a role for me.” 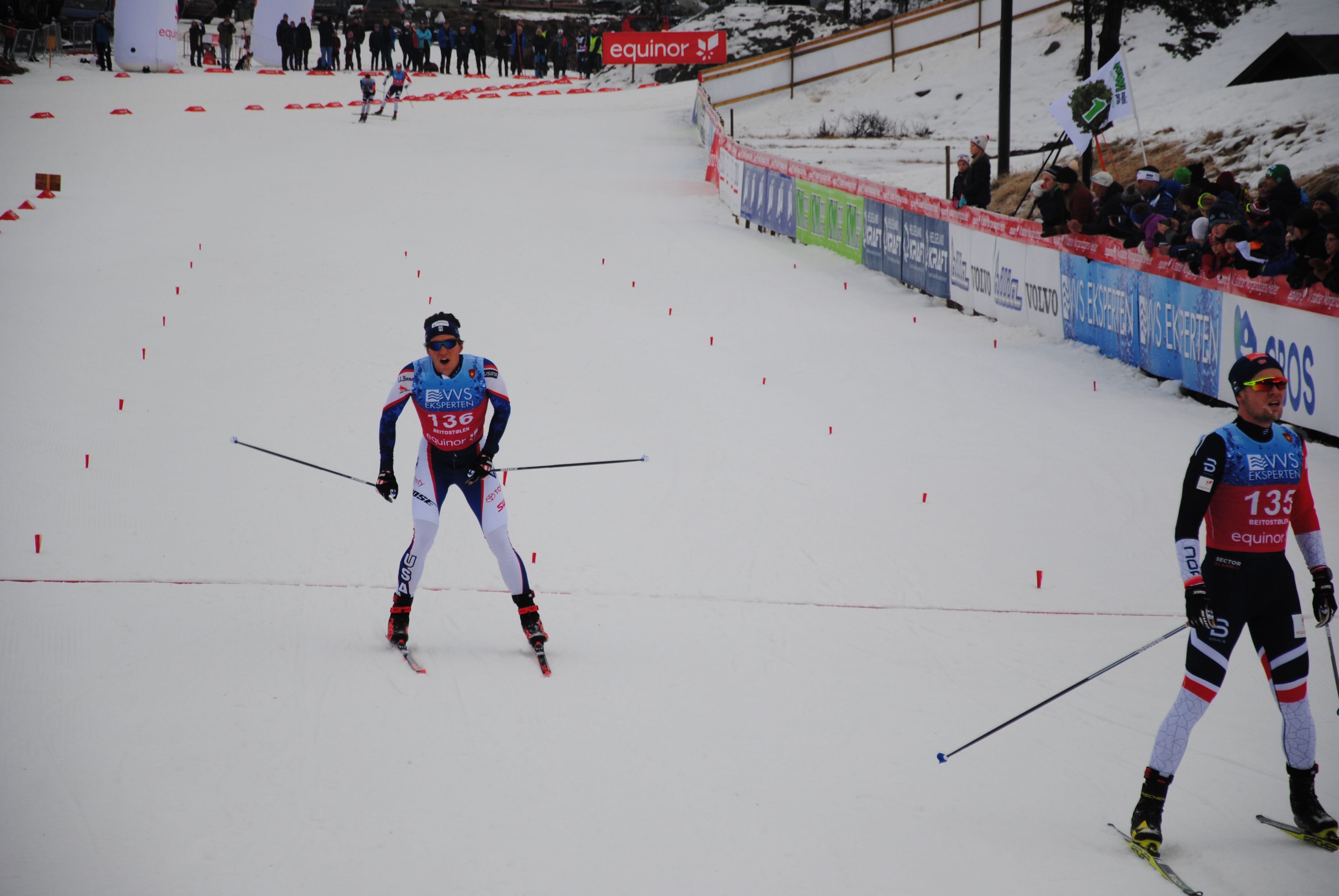 According to Young, the British team will not be traveling to Rovaniemi for the season’s opening World Cup races. They will instead use this upcoming week for recovery, turning their focus to the World Cups following Ruka in Lillehammer, Norway and Davos, Switzerland.

“It’s really expensive to go up t[o Rovaniemi] and with the races being a classic 15 k and a classic sprint, those are not favorable distances by anyone on the British team, we’re just going to get ready for the Lillehammer and Davos World Cups,” Young said. “For me, this was a really important intensity block to get ready for those.”

The lone U.S. men’s skier in Sunday’s 15 k, Patterson placed 22nd (+1:45.2). Patterson explained that he felt strong during the first lap before “starting to bog down” in the later two.

“I just wanted to ski well, ski smooth, really get that race effort in and push myself a little past if that’s what I needed to do,” he continued. “It wasn’t quite the result I wanted but it was solid.”

Patterson referred to the race performance as a “step in the right direction”, indicating that the idea behind the Beito races for him was warming up to the World Cup season.

“I think I’ll kind of be building into race form a little bit,” Patterson said. “I think my fitness is good. I’ve still got some things to figure out…shifting from that training gear into racing.” 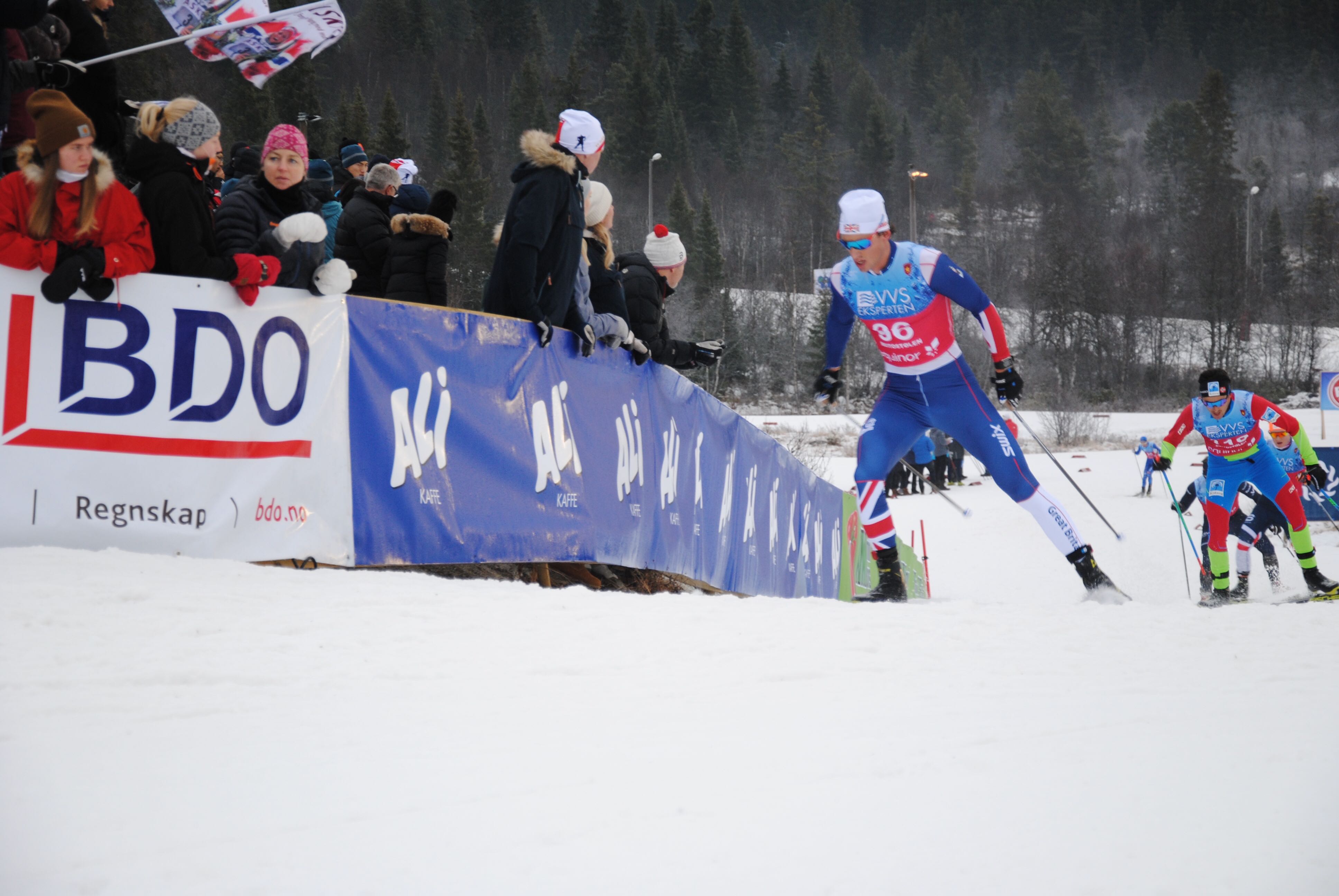