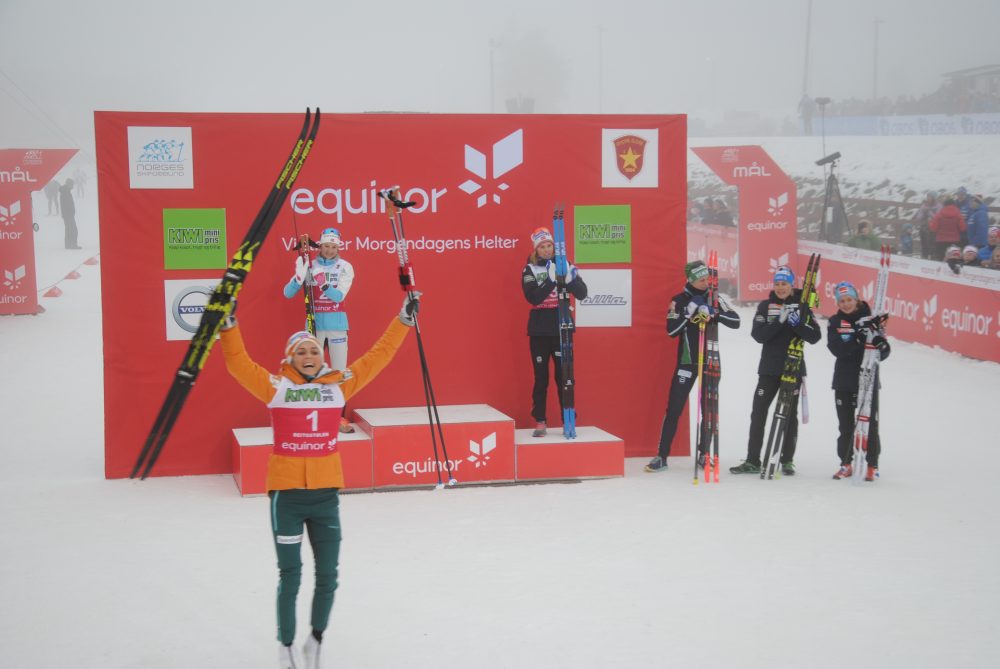 After an 18 month suspension for a positive out of competition positive doping test, during which Norway’s thirty-year-old Therese Johaug could build hour upon hour of base fitness and fine tune the engine with no race-stress, she arrived in Beitostølen, Norway on Friday and didn’t skip a beat.

In temperatures hovering around 32 degrees Fahrenheit, and low-level clouds descending on the course, Johaug established herself as the early season favorite amongst a deep Norwegian National Team in Beitostølen’s FIS season opener 10-kilometer classic race.

As the 52nd starter in a 60-skier field, Johaug never let off the throttle.

The race was tight at the 1-kilometer time check, with national team skier Ingvild Flugstad Østberg marking the fastest time over Johaug by only 0.9 seconds. With nine kilometers to go, it was all Johaug, as she clocked the fastest times at the remaining checkpoints.

Up by 4.3 seconds at 2.2k, the time back to the second fastest skier grew to 15.5 seconds at the race’s midpoint for Johaug. By the finish, Johaug did as she has done many times before, winning by a comfortable margin. She won in 25:42.6 minutes. Østberg, who ranked third in the World Cup overall last season, placed second (+23.9). Kari Øyre Slind was third (+59.8) 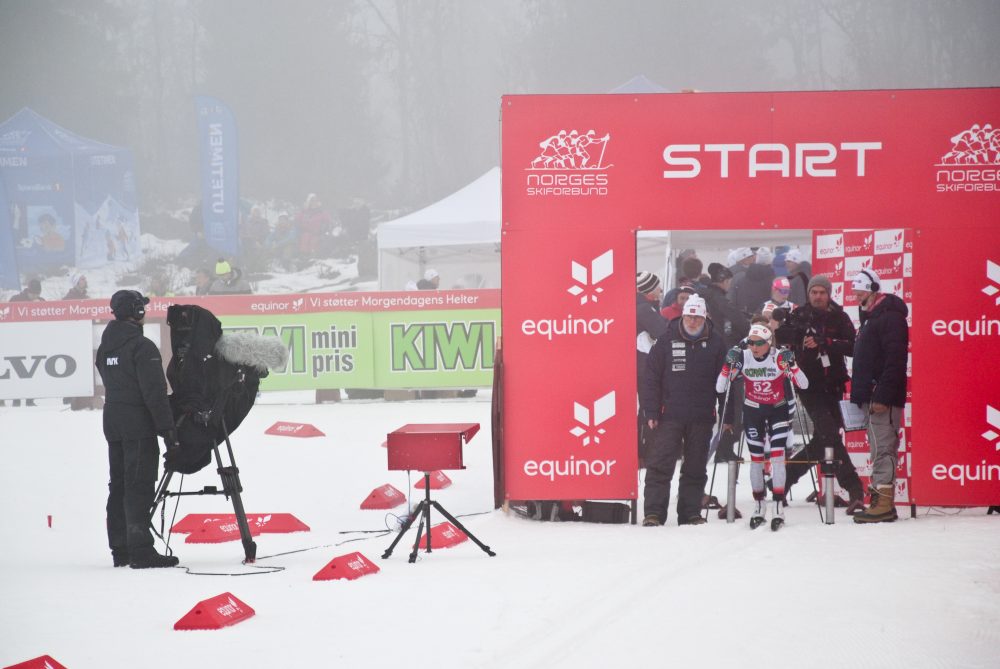 Therese Johaug ready to start it all over again after her 18-month suspension.

“It was special being here today,” Johaug told Norwegian broadcaster NRK according to a translation. “It feels incredible to back in the xc family again. To come up here and meet all the people that I’ve been skiing with for so many years, hear the cries from the crowds out in the course and the splits, it was a special feeling. It was so much. I was nervous before the start, but when I got started I really didn’t want it to end. I could have skied an extra lap.”

The opening Beitostølen FIS races are the early season proving grounds for Norway’s elite cross-country athletes. The top-10 in the women’s race was riddled with names World Cup fans are familiar with.

In similar conditions, the men raced a 15 k classic. Like the women’s field, it was a Norwegian who’s who of elite class skiers. But unlike Johaug setting an increasing time margin over any contenders, the men’s race was tight, separated by only 15 seconds for the top-five skiers 5 k into the race.

At that point, with Didrik Tønseth in first and Emil Iversen in second, only a sliver of time, 0.1 seconds, differentiated the two. Martin Johnsrud Sundby and Johannes Høsflot Klæbo were gapped by 12.2 and 12.7 seconds respectively, as they skied through the time check in third and fourth place. Sjur Røthe came through in fifth (+15.8).

Iversen, in bib 141, kept it close, setting the initial times to beat. Tønseth started three skiers back in bib 144. Through 10k, the two were still evenly matched: with Tønseth up by 3.4 seconds over Iversen. 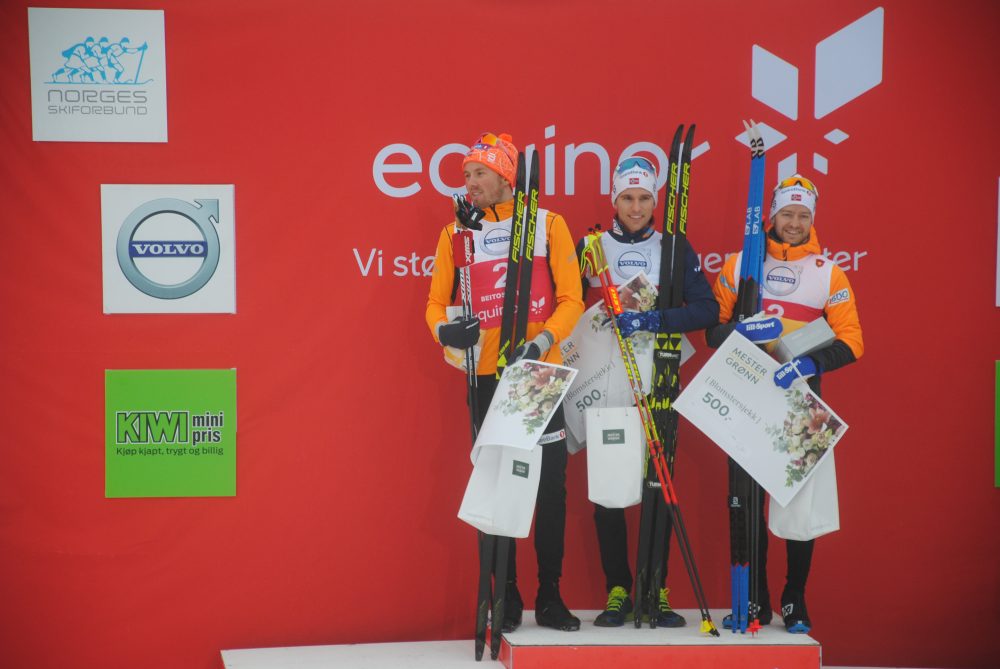 The men’s 15 k classic podium for the 2018 FIS opener in Beitostølen, Norway. Didrik Tønseth (NOR) in first, Norway’s Emil Iversen (left) in second, and Sjur Røthe (right) of Norway third.

Tønseth won the race in 36:08.6 minutes, with his winning margin of 12.4 seconds over the second place Iversen only solidified in the closing kilometers. Røthe gradually moved up and finished third (+29.3).

One hundred and forty-three skiers finished the men’s race.