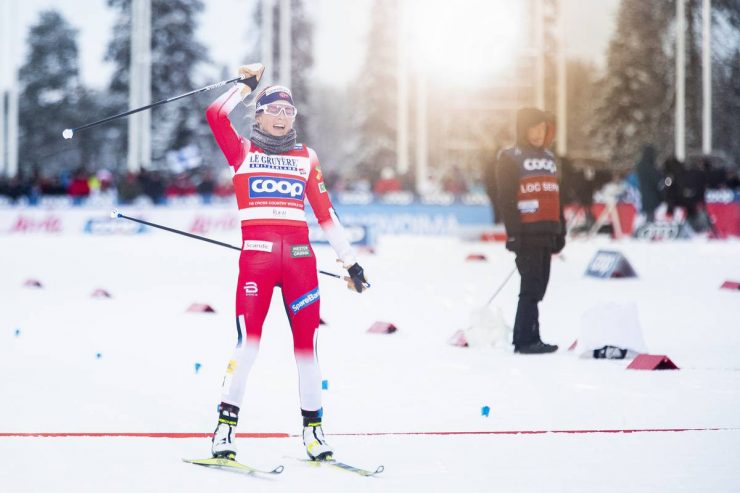 Norway’s Therese Johaug made news today on the running track, clocking a speedy 10 k in 31:40.69. Johaug’s run was part of a made-for-TV sport event in a time of limited international travel and social distancing.

Called the “Impossible Games”, the format pitted some of Norway’s best track and field athletes against those from Kenya in a virtual competition.

Best known by cross-country ski fans for dominating the distance races on the World Cup, Johaug is also known to scorch as a runner. Last year she made headlines after winning the Norwegian 10,000 m national championships in 32:20.86.

Then, she missed the World Championship standard of 31:50.00 by thirty seconds. Johaug ran that race in Hokas, not spiked track shoes.

She ran the race on Thursday in racing flats. The 25 lap run was completed solo amidst a near-empty stadium.

You can view her 2019 10,000 m Norwegian National Championship run below. According to NBC, they are broadcasting the Impossible Games on their sports networks.