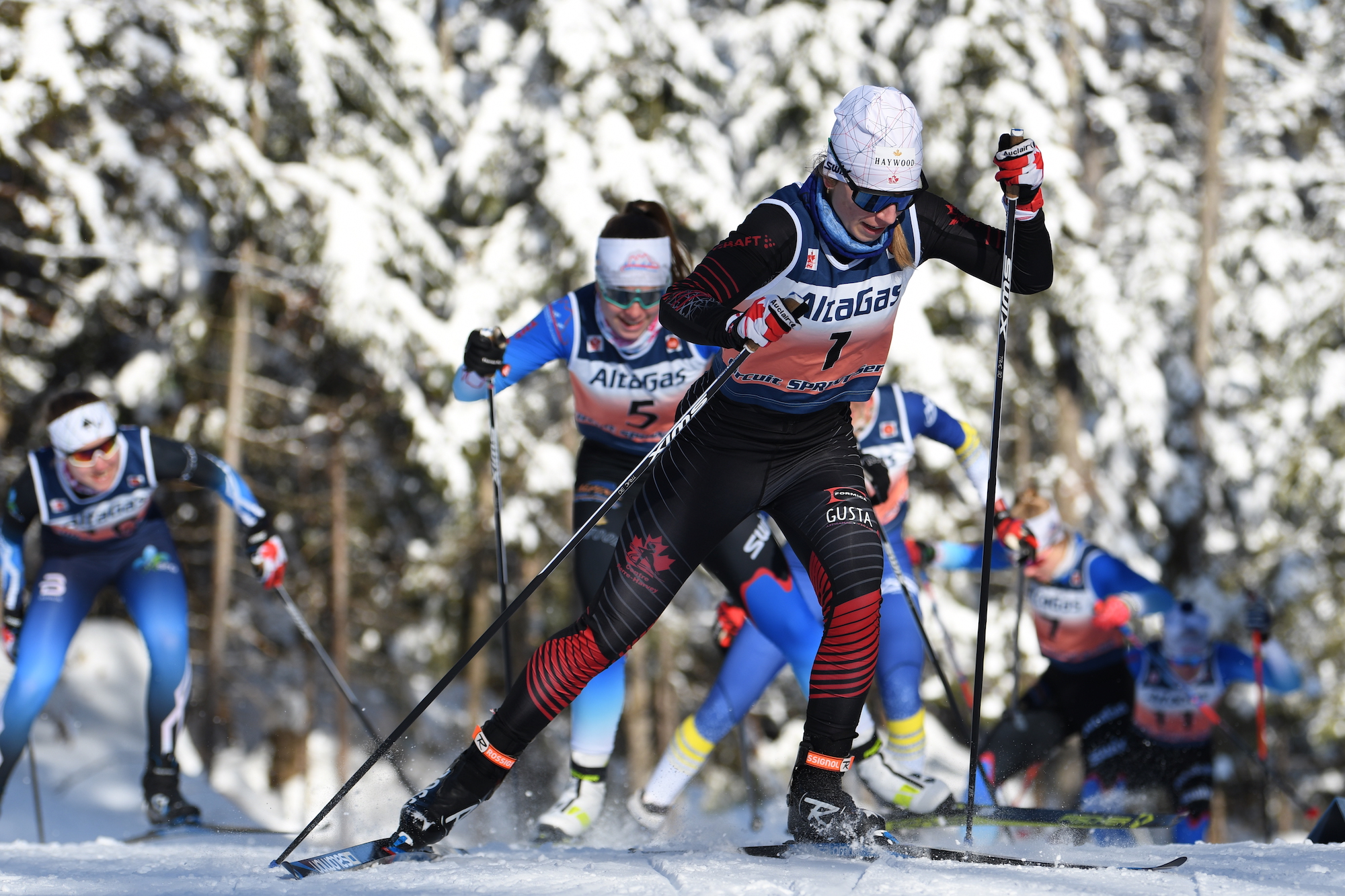 In Canadian domestic ski racing, it doesn’t get much bigger than this. Mont Sainte-Anne (MSA) is hosting the NorAm weekend that also serves as U23/U20 World Championships qualification and has special significance in selection for World Cup starts.

Any skier who hasn’t already qualified for World Cup period 4 has had this event as a major focus for the season. The only certain paths to National Team selection for next season start with top 30 results on either the World Cup or U20 World Championships. Most of these paths start at MSA Trials.

For U20 and U23 selection, the top finisher in each of the three races is guaranteed one of the 18 to 20 places on the trip to Oberwiesenthal, Germany, with a pre-camp in Norway.

And finally, the weekend is a NorAm, which means COC leader points are on the line.

On Thursday, the action started with free technique sprints on a short but difficult course. Men, women, and U20’s all skied the same distance. Nordiq Canada’s Jeff Ellis continued the tradition of winner’s interviews, FasterSkier has the unedited videos below. 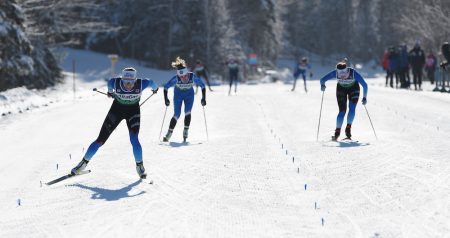 Elizabeth Elliott in charge of the U20 final. (Photo: Doug Stephen)

CNEPH’s Cendrine Browne won the qualifier in 3:04.79 before winning three heats to dominate on her home trails, finishing the final in 3:01.37. Browne’s teammate Laura Leclair was second, 0.53 seconds back, for the top U23 finish ahead of Emily Nishikawa at 0.76 seconds. The presence of distance specialists Browne and Nishikawa on the podium is evidence of the sprint course’s difficulty.

For the U20 women, AWCA’s Elizabeth Elliott qualified 4th overall and swept the heats to win the final in 3:06.85. Her teammate Benita Peiffer was second, 1.66 back, narrowly ahead of Black Jack’s Molly Miller at 1.81 seconds.

For the men, NTDC Thunder Bay’s Graham Ritchie recovered well from his time in Europe to win in 2:35.69 after qualifying second, grabbing the top U23 finish along the way. Team ULLR’s Jess Cockney continued to redefine the word ‘retired’ in second place, 0.52 back. TBay’s Pierre Grall-Johnson who converted on his latest qualification win with his first open category podium, was third at 0.76 seconds. 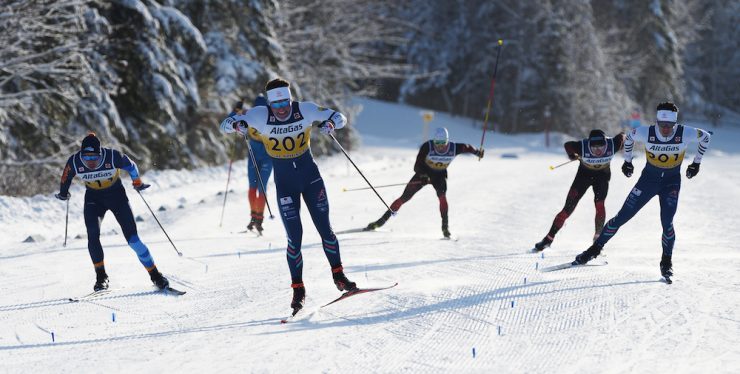 The U20 men provided no surprises, with the favourites front and centre in the final. Black Jack and Harvard’s Rémi Drolet dominated the day, sweeping through to the final to win by 2.57 seconds in 2:34.75. ULLR’s Xavier McKeever was second after qualifying 29th overall for 5th U20, with teammate Tom Stephen taking bronze a further 1.09 back.

Speculating on selections using the criteria documents always comes with a risk of error. That said, Leclair, Ritchie, Elliott, and Drolet should definitely be eligible for Obwiersenthal. Peiffer and McKeever should be selected as the 5th U20 athletes.

Photographer Doug Stephen has a gallery for the Sprints and Official Training. Athletes are welcome to download and use full resolution images if they give credit to ‘Doug Stephen’ or @vr45photography. 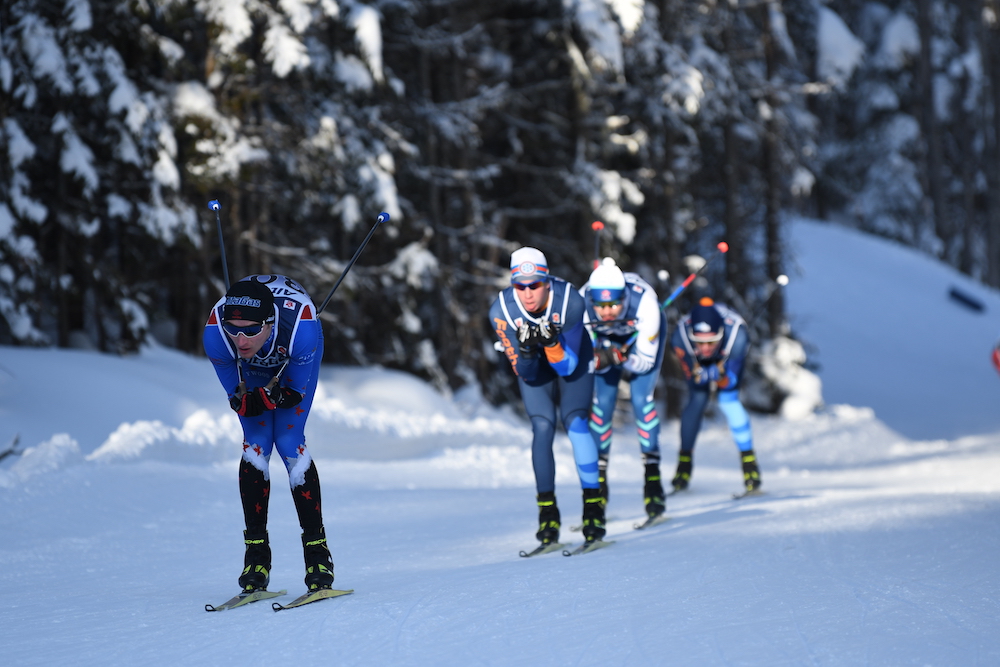