Project Langrenn is a series by Maks Zechel. Zechel has been training and racing in Norway for the last several years after concluding his junior racing career in Canada. Zechel is part of Norway’s Team Norconsult and will be writing about his experience for FasterSkier. 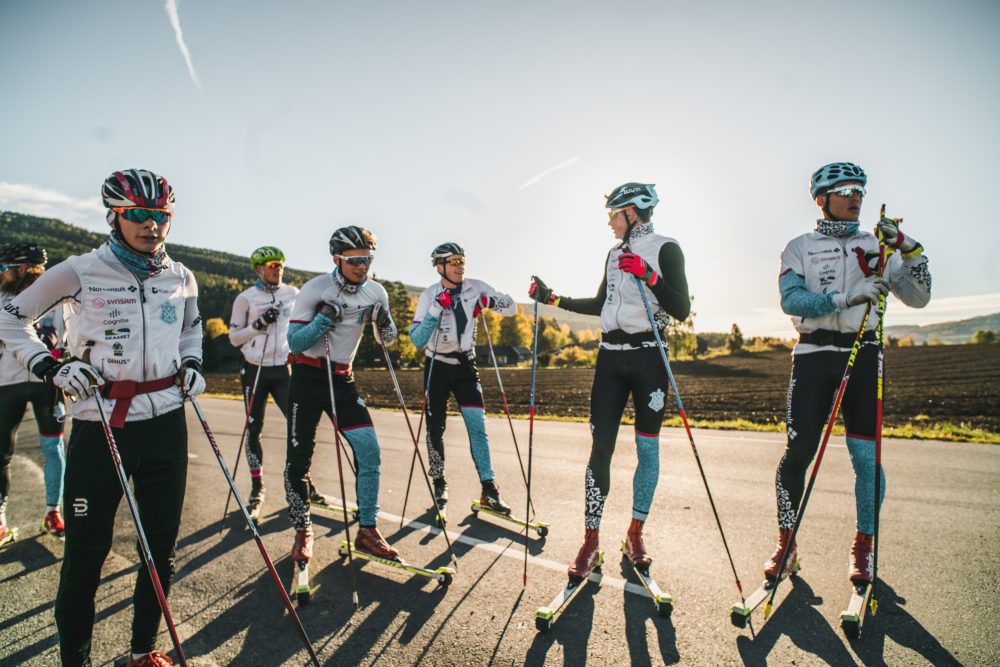 Team Norconsult at a training camp in Norefjell, Norway 2018. (picture by Ådne Birkeland)

I had unwavering confidence in myself as a kid. Ever since I started racing as an eleven-year-old, I’ve never doubted myself. I’m not sure why—I grew up in Kingston, Ontario, a city with mild winters because of its location on the shores of Lake Ontario. In a hockey town, I was the kid who liked running around outside in spandex.

You need a lot of imagination and motivation to be a skier from Kingston, and I had every reason to have doubt in my future as a ski racer. I don’t recommend it as a course of development for any young skier; even now I have trouble visualizing myself training at that age. Picture an eleven-year-old (children at that age are like two feet tall…) heading out the door at 7 am for a run before school, getting home and stretching on the front steps, then coming inside and writing it all down in a training journal. I’m surprised the neighbors never called the cops.

One morning I clearly remember running my usual 3k loop and being very frustrated when I didn’t run a personal best time that day. My PB was somewhere around twelve minutes (I’m not sure how accurate that loop was…), and this time it had taken me over 15 minutes. It didn’t really click for me that running through a foot of snow would have an effect on my running times.

I never doubted myself. Not until I was 17 years old. That season I competed in the Canadian qualification races for the World Junior Championships. Although not technically a junior man yet, I raced up and performed quite well, coming seventh in my best race, just a few seconds shy of fourth. I remember sitting in the car on the way home, feeling relief wash over me as I passed out in the back seat. I had wanted to impress in those races in the hope of making the Junior National Team the following year.

“I did it,” was all I thought. If I was this good now, I would surely qualify for World Juniors next year.

I felt something else too, something other than relief. It felt heavier than just the fatigue of a hard race weekend. I felt exhausted like something had snapped, and a small part of me feared that I would never be able to repeat those “near perfect” races again.

Over the next two years, I never achieved a better result at World Junior trials.

I finished my junior career completely devastated. I felt like a burnt-out failure. I went from being one of the top skiers in the country for my age and having top grades at school, to redefining again and again what rock bottom in both athletics and academics could mean for me. Nothing else mattered, yet at the same time, I couldn’t muster the drive I once had. “Shoot for the moon. Even if you miss, you’ll land amongst the stars,” they say. Nope, I hadn’t even made it through the atmosphere and had already crash landed back on earth in a fiery wreck. Thanks, physics.

I no longer believed in myself. I didn’t understand anything about my training or why I wasn’t racing fast. I struggled a great deal with my mental health, and among other things, believed I wasn’t physically talented enough to succeed as a cross country skier.

Going into my first year as a senior, I decided to make some changes. I began with trying to understand myself better, and for a couple of months I saw a fantastic psychologist in Ottawa. I then looked for new development opportunities, and after exchanging some emails with the head coach of a small club in Norway, I moved a few thousand kilometers from home and joined Asker Skiklubb. I was tired of not knowing how to get faster, and so I decided to go right to the home of some of the best skiers in the world to learn from them. If they couldn’t show me how to ski fast, then no one could.

What I learned in my first year in Norway, blew my mind. Even the youngest athletes on my team, a few years younger than me, already had an impressive sense of how their bodies responded to training and what they had to do to become better. Everyone I trained with wrote their own training programs, something that was nigh unheard of back home. I also began writing my own plan, and that’s when the learning began in earnest. More importantly, I built up confidence in myself, not by believing harder, but by learning that there were things I could do to get faster.

I’ve made huge improvements as a skier in the almost two years since I moved to Norway. I’ve also made more mistakes in training than I did in the previous nine years combined, but that’s the only way to learn. My first year here I think I made about 95% of all the mistakes I possibly could have made. Going into my second season, I thought I had it all figured out. I made even bigger improvements, going from struggling to crack the top 130 on Norwegian Cups and being five minutes off the winner on an incredible day, to coming 48th in my best Norwegian Cup 15k of the year, just 2:35min back. I was also sick for 46 days and often pushed my body at the wrong times. I still felt like I was making one mistake for every success I had in training, but I don’t regret anything. I was pushing my boundaries, exceeding them, and learning.

Now I’m starting my third season in Norway and my second season training with Team Norconsult, a private team based out of Asker where I have been given the opportunity of a lifetime to train with some of Norway’s most promising young skiers. Four of my teammates declined offers from the Norwegian National Recruit Team this year. This is pretty much unheard of, and there was a big article published to NRK (Norway’s national news publication) where various World Cup skiing “experts” weighed in on what these decisions meant for the future of skiing in Norway. Whoa.

It’s special for me to be here, but it’s not something that every skier can do, and what sometimes keeps me up at night is the fact that I’m not back in Canada doing my part in making Canadian skiing more competitive. I don’t pretend to be a critical part of Canadian skiing, but in a country where the field of senior men is rarely more than 30, everyone racing plays an important part in the top results that our best skiers achieve internationally. However, I believe that I am able to make more of a difference for Canada by being in Norway right now. Seeing how the Norwegians train makes me realize how much potential we have in North America, if only we are willing to try new things.

To do that we need to work together more and make knowledge about high-level ski racing easily available to everyone. I moved to Norway barely believing that I was physically gifted enough to succeed as a skier anymore. Now I don’t believe in that crap, not because I was told by someone that “I can do anything if only I believe hard enough”, but because of the many unique individuals I have seen in Norway race at a high level because of the way they trained. Not because of how they were born.

North Americans love “miracles” and underdogs who make the impossible happen. Who doesn’t love that? But believing extra hard in yourself on the day of a race doesn’t take you from a top 80 to a top 30 on World Cup. In Norway it isn’t a superior level of passion for skiing or a secret interval workout that makes everyone ski fast—it’s creative, smart and purposeful training that each athlete has figured out for themselves with the help of an entire community. It’s something that North Americans can do too.

I might not have the results yet to give other skiers reason to instantly believe in what I am doing, but that doesn’t mean what I have learned is not valuable. My everyday training environment is one of shared learning and development with a large group of incredibly fast (and very human) skiers. That’s why I have started Project Langrenn (langrenn is Norwegian for “cross country skiing”) because my current situation is one that I could never have arrived to without a great deal of help and support (and some luck). I have a responsibility to give back to everyone that isn’t able to have these experiences.

The goal of Project Langrenn is to spread the culture of knowledge-sharing in cross country skiing that has made Team Norconsult, and Norway as a skiing nation, so successful. The most recent World Championships in Seefeld should have been a wake-up call to the rest of the world—not a call to set further restrictions on the number of support staff that Norway can have at races in an effort to hinder their domination of the podium—but a call that something has to be done to increase the competitiveness of the international field. We don’t do this by slowing down those that are best. We do this by learning from the best and then beating them at their own game. A skiing world dominated by Norway will not survive. Norway knows this and has made commendable efforts to close the gap by, among other things, funding a yearly international junior training camp in Norway. I think it’s time we did our part to get better as well.

This blog will be updated monthly with details from my experiences in Norway and what I am doing for training. I’m not planning on holding anything back in the hopes of having a competitive edge over others, because I know that the faster the entire continent gets, the faster I can get too. Training exactly the way I do won’t make anyone else fast, but I hope that others can learn from the trial and error of my own training. For updates on all of my workouts, as they happen, view my stories on Instagram (@makszechel) or watch for my posts on Twitter (@projectlangrenn). 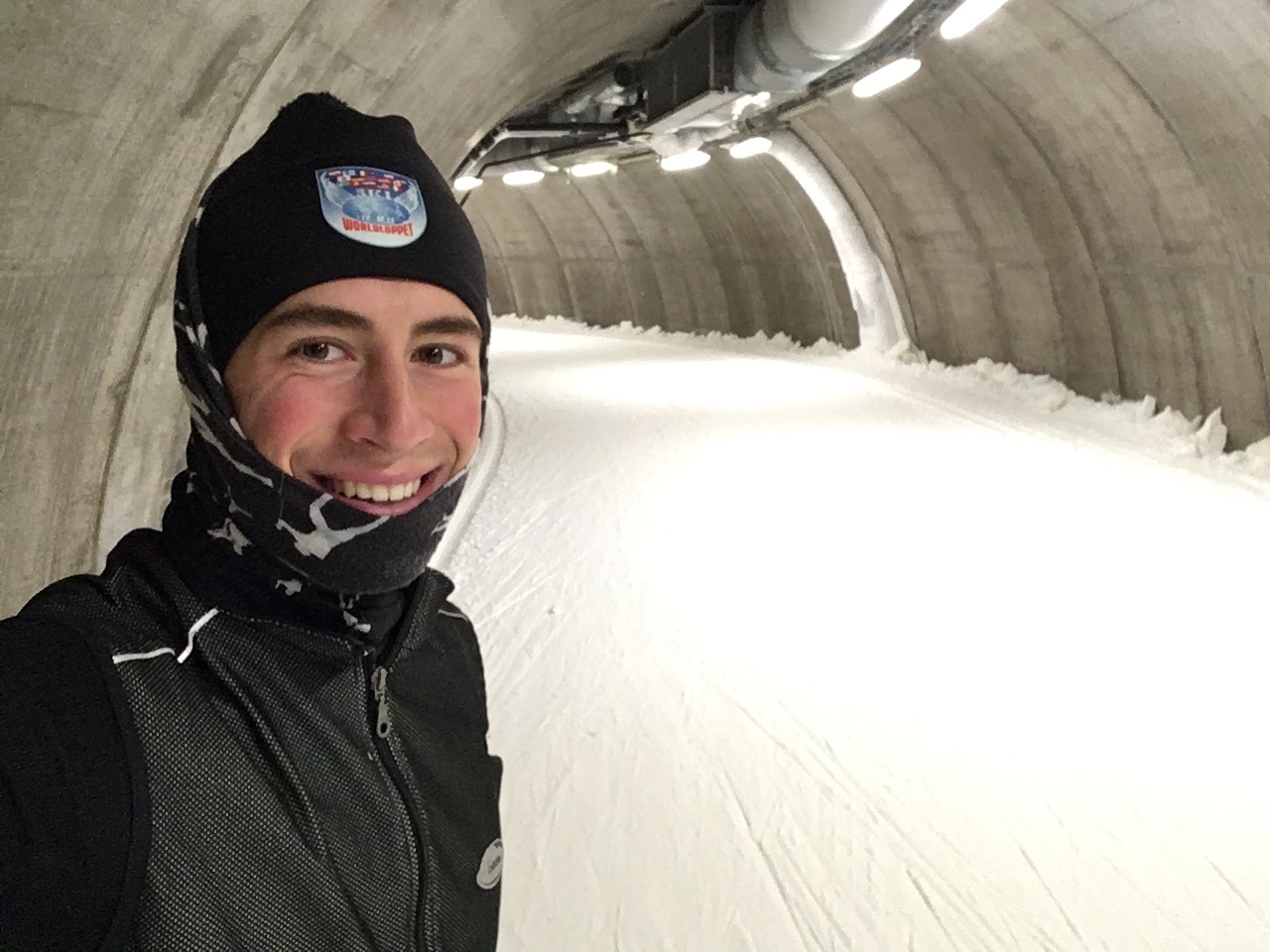