This is part one of a series featuring urban based cross-country clubs and how they make it work in the concrete jungle. 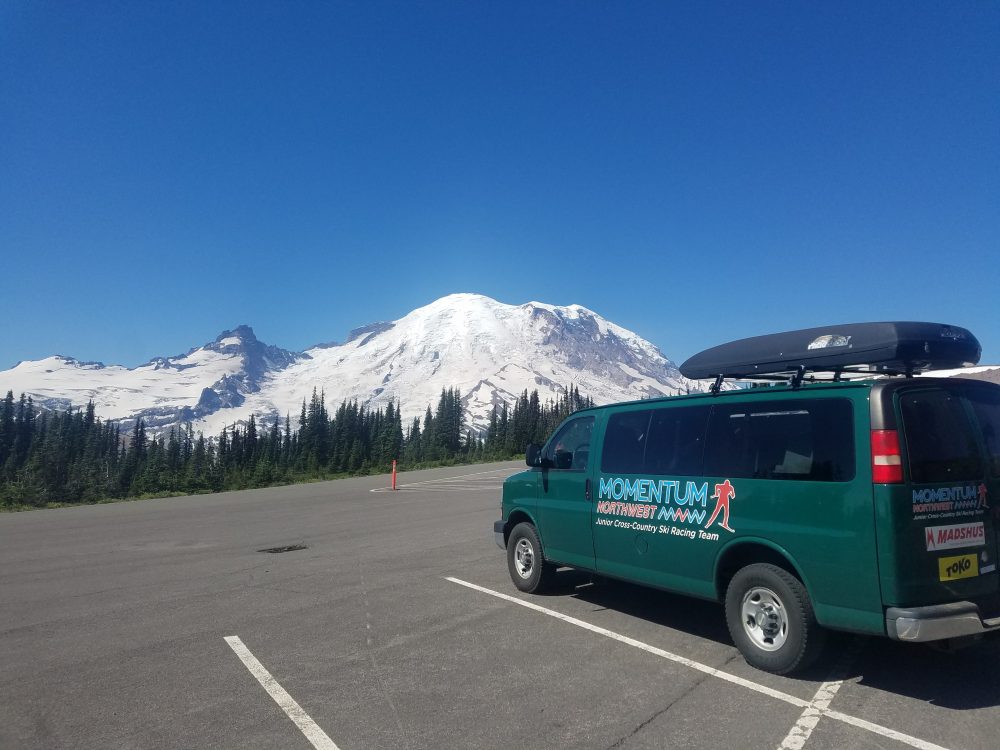 It’s no mystery that some kids simply have better access to snow than others. When looking at population density clusters and access to snow, some win, some lose, and some make the best with what they have.

Since the early nineties when great coffee, grunge, the outdoors, and tech jobs made Seattle a boom town that keeps on booming, the city has become synonymous with a certain outdoor aesthetic. With the Olympic mountains to the west, and the high alpine cascades to the east, Seattle is a city sandwich for those who love outdoor play.

There’s a deep rowing culture, hiking trails within the city limits, and countless ways to “play” in Puget Sound or Lake Washington’s freshwater. There’s the looming hulk of glaciated Mt. Rainier as an omnipresent reminder of big summits that beckons while you may be sitting in a high school class or mired in the busy trap.

But hoping on snow everyday can be a challenge.

Momentum Northwest is Seattle’s nordic ski club of note that provides opportunities for juniors and masters aged athletes to develop as skiers. Heading into their sixth year as an organization, Coert Voorhees, the founder and soul of Momentum Northwest says Seattle’s location can be vexing. 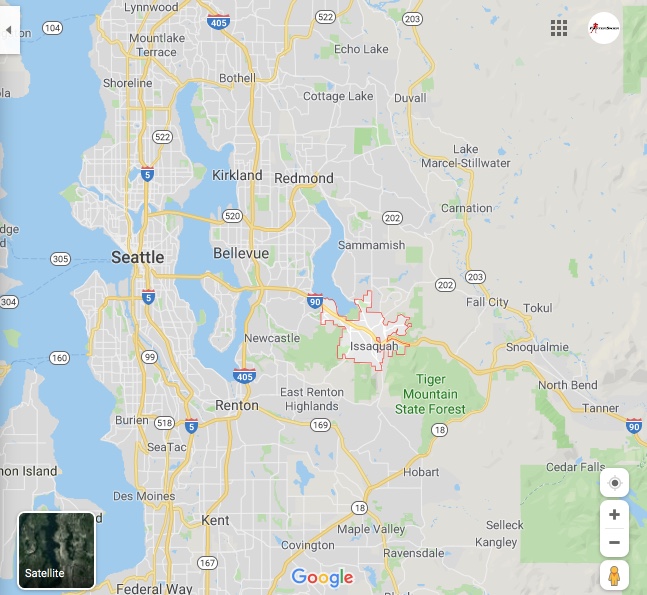 “Where we are challenged really is the geography,” said Voorhees. “I am less concerned about getting to snow as I am about getting kids to a meaningful workout and not having them be just road warriors going to and from a workout.”

In this maritime climate where Voorhees said “2500 feet in elevation is where the snow begins if it’s an El Niño or La Niña year,” skiers must head east and up in altitude to access snow. The real crux is this: the 3.5 million people populating Seattle’s metro area that van-loads of kids need to navigate to snow. In other words, traffic.

This is not the Methow Valley with skiing out your door. It’s quintessentially urban when it comes to finding time and space for effective training.

Despite the labyrinthian hurdles associated with the concrete jungle, Momentum makes it work.

“Being so far north, we are eventually challenged with daylight hours,” said Voorhees. “We try and load up in the summer. When daylight savings hit us in October we can pull back a little bit because we don’t have the daylight hours and the places to train in the dark.”

Despite those daylight limitations, the competition team gets on snow three days a week during the winter. Most often they drive Wednesdays, Saturdays, and Sundays to Cabin Creek on the east side of Snoqualmie pass. According to head coach and program director Zach Russo, the drive is an hour one-way on weekends, and a more dicey 1.5 hours in normal Wednesday traffic. Even in winter, with the vagaries of many schedules to coordinate, athletes dryland train on Tuesdays and Thursdays through the winter months. 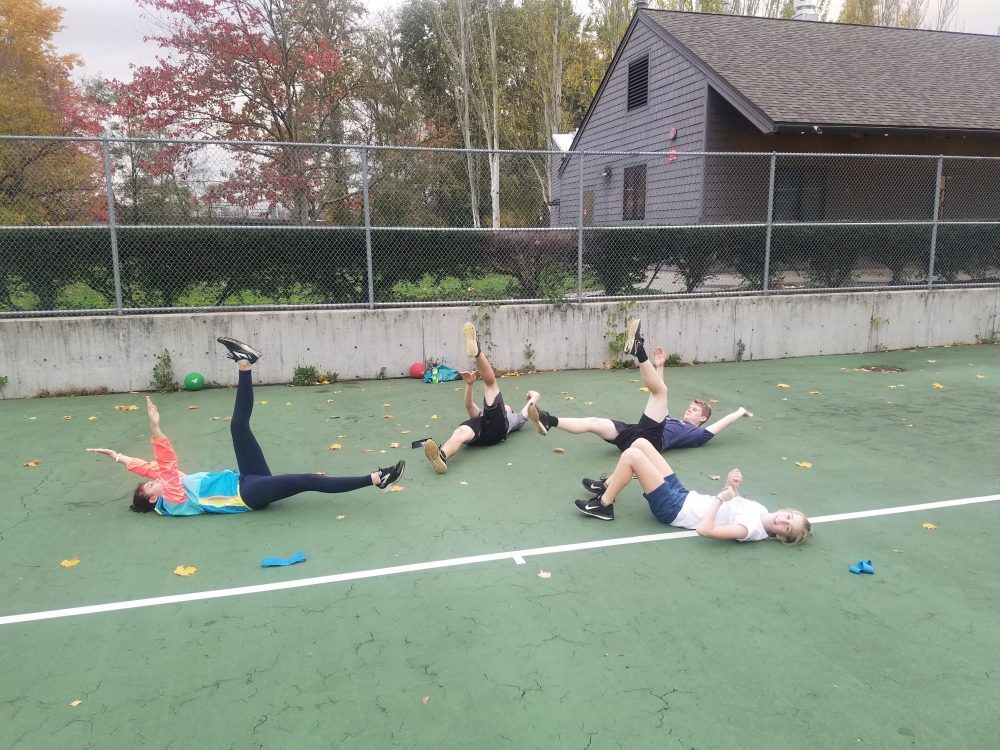 The best workout is where you find it. Photo: (Momentum Northwest)

“We do a lot of pole-running, running in general and some strength,” said Russo of the wintertime training routine. “It looks a lot like an extended fall sometimes. But we try to make it as winterized as possible.”

On snow or not, scheduling travel and training efficiencies into the program is a must.

“We don’t have a single central location here,” Russo explained. “So all the kids are spread out and all our training locations are kind of spread out. There are challenges involved with transportation, getting kids to practice. Finding good middle locations for practice, finding any location for the specific practice we want to do. So it involves a lot of researching. Usually we will meet at a central location to pick kids up. From there, we drive our vans up to the training venue for the day. Some days we are lucky and don’t have to go too far.”

Each Wednesday during the dryland season, for example, the team runs in the natural area around the Montlake Community Center. The topography there provides an analog of the ups and downs some Pacific Northwest ski courses provide. 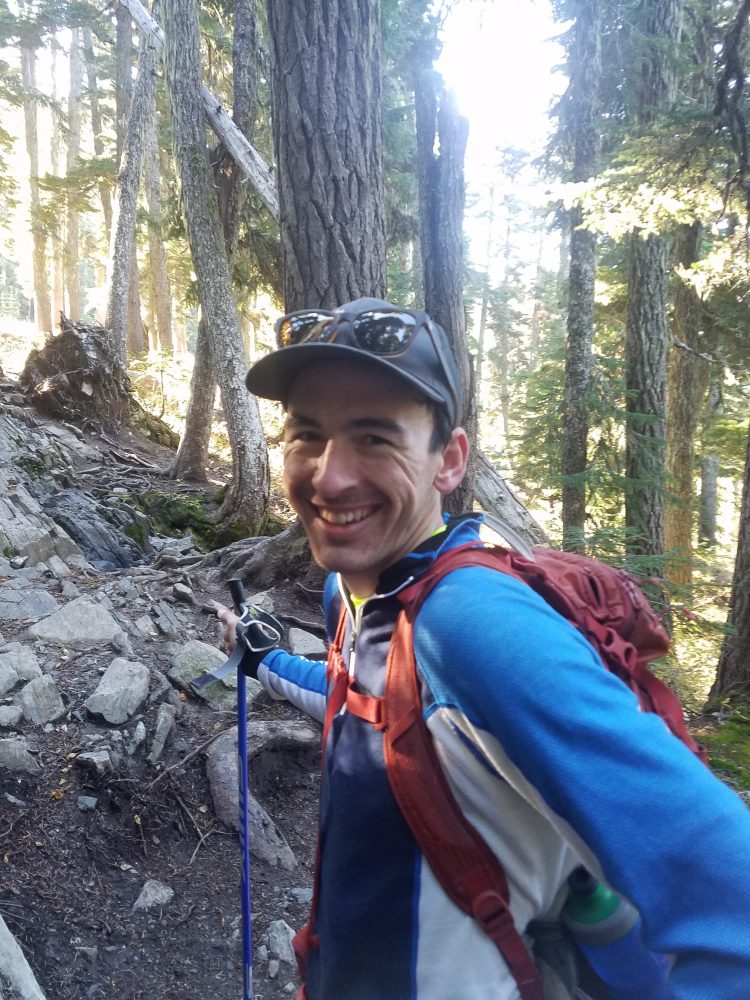 “It is also a nice bit of the outdoors and a real get away from the city for the kids,” Russo said. “We can separate ourselves and get into the nordic mode.”

In a city offering world class opportunities in sport, art, and tech, both Russo and Voorhees noted they attract kids and families to the sport who have other interest. Despite Seattle being known as the outdooriest of the major metropolitan regions in the U.S., the outdoorsy mindset may have limitations due to the lack of easy access snow in winter.

“One aspect that is also a challenge for us is the fact that the sport culture in Seattle,” explained Russo. “It is an outdoorsy city, but because the snow is further out of the way, there is nothing in the winter, we don’t all have that winter sport mindset. There is a lot to do. It is a lot for nordic to compete with. Many of the kids we have coming in are first-generation skiers for some extent.”

In that sense, Momentum Northwest is building a cross-country skiing culture in an increasingly diverse and economically robust city.

“What that means for us as a younger team is we don’t have that institutional culture yet compared to a place like the Methow or Craftsbury or anything like that where kids go there and they know what nordic skiing is already,” said Russo. “It is just part of their life and that type of training is part of their life. These are the kind of things we have to grow.”

What Voorhees and Russo are growing is an inclusive club. If an athlete aspires to compete in a single Junior National qualifier that is embraced. If a junior is motivated to be one of the best in the country, Momentum Northwest has the ability to coach skiers up and tap into the broader network of clubs in the region. 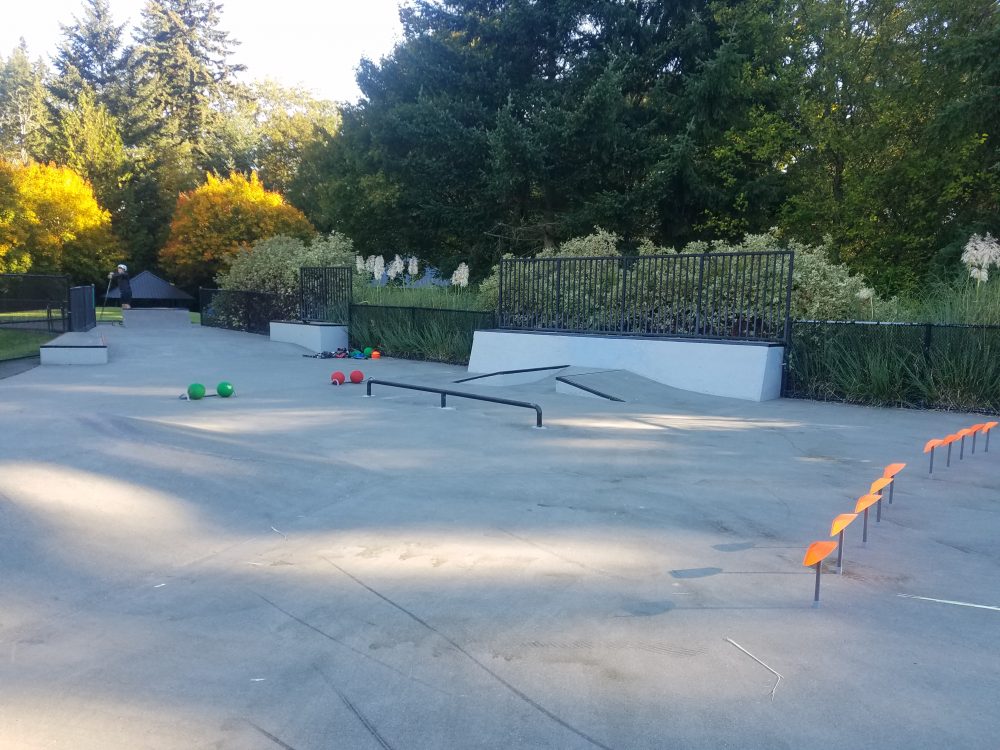 Ever mindful of where they are, Russo and Voorhees both celebrate the duality of living in a major city with building skiers for life not simply skiers that may be in the development pipeline for their teenage years.

“I would do this anywhere and recommend it to any athlete and that is just a ‘paddle your own canoe’ mentality,” said Russo. “ Especially for kids that have a tendency to look up from their homework and see what everyone else is doing and try to copy it. That might work for some but it is not for everybody. And also, that is when kids start to think about their own training and it sheds light not shadow on it.”

Russo explained this ethos benefits the club when it travels to places like the Methow or Bend, Oregon for competitions. He wants the teens under his care to know the entire process is a learning environment.

“They are teenagers after all,” Russo said. 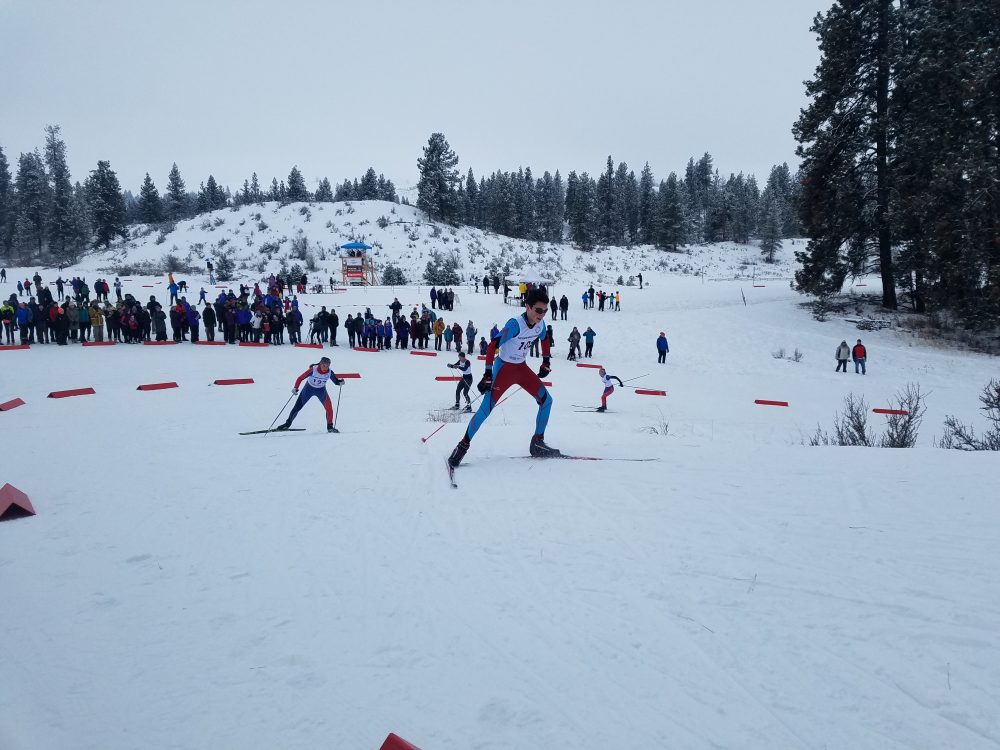 As the club looks towards the winter season, Voorhees said he plans on sending the kids to an extended on-snow camp at Silverstar. The trip will bump from the usual four to ten days of skiing. He also noted that he is looking into options for dual location practices on the same training day. For example, on the same day, one group of kids living closer to downtown can meet in Seattle, whereas others living on the periphery east of the city can train in outlying Issaquah. The club also recently hired an assistant coach to help Russo. Voorhees also said the club is on the cusp of being able to offer financial assistance to its skiers.

“That is how we are charting it right now,” Voorhees said. “We have a city of three million plus people, and a real backwater sport. We have to lower the barrier to entry in every aspect. Whether it is expenses, time, or effort getting to it.”