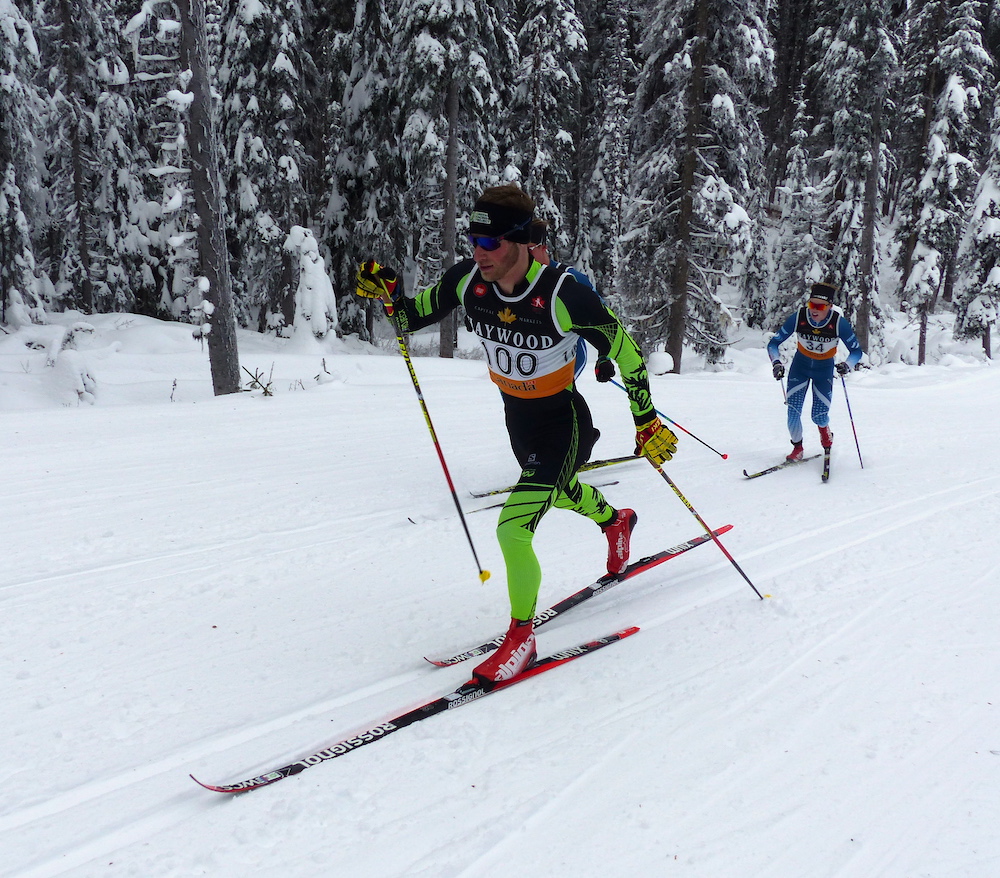 Risk is part of putting on the race bib. In an individual sport like cross-country skiing, athletes expose themselves to be judged by place, time back, splits, sector times, overall rankings, fastest (or slowest) times on the day.

Within the subtext of the Tour’s many narratives was the small news item that a single North American male finished the seven-stage series that concluded atop Val di Fiemme, Italy’s Alpe Cermis. That was U.S. skier Ben Lustgarten who skis for the Craftsbury Green Racing Project .

The twenty-six-year-old Lustgarten finished the TdS 42nd of 43 finishers, 15:54.5 minutes behind the winner. Risk or no risk. That time-back stat reveals this was not how Lustgarten imagined the TdS playing out.

“I came in trying to get top-30s and the first day was rough, made some mistakes, the second day I felt pretty bad and then my energy has been pretty awful,” Lustgarten said on the phone last Friday from Val di Fiemme, during the Tour’s rest day before the final two stages. “I’ve been trying to work with my coach, figuring out what is wrong but my heart rate data is kind of off and my energy is off, so I don’t really know what’s happening right now.”

The TdS style of racing means traveling between venues, new food, new hotels, up-time, down-time, and the all essential recovery. One thing the TdS is not is a regular World Cup weekend — with two races split between a Saturday and Sunday, then pack up and move on to the next venue for the following weekend’s racing.

For Lustgarten, who began the racing year on the SuperTour where his results have been World Cup start-worthy, the start of the season has been a whirlwind.

He raced the Eastern Cups in Craftsbury, VT., and in a stacked field of distance skiers, Lustgarten won the 10 k skate. That victory was on Dec. 23.

By Dec. 29, Lustgarten had flown across the Atlantic, settled in Toblach, Italy and lined up for the TdS Stage 1 skate sprint. Over the next nine days, Lustgarten would race seven stages, over 80 k of World Cup race effort, and move to and settle in and then move on from Val Müstair, Switzerland, Oberstdorf, Germany, and Val di Fiemme, Italy.

One can imagine the funk of the internal clock coupled with the torture of keeping pace with a World Cup field.

“Traveling between races is definitely not something we’re quite used to, usually you do a race weekend and then you travel, race, and train, whereas here it’s race, get in a car for five hours, get your shower, go to bed and wake up,” Lustgarten said as he compared the TdS to his domestic experience. “Not even training, just ski and then do it again. So that’s like, not quite what I was expecting, I mean, that’s what I heard, but it’s just weird.” 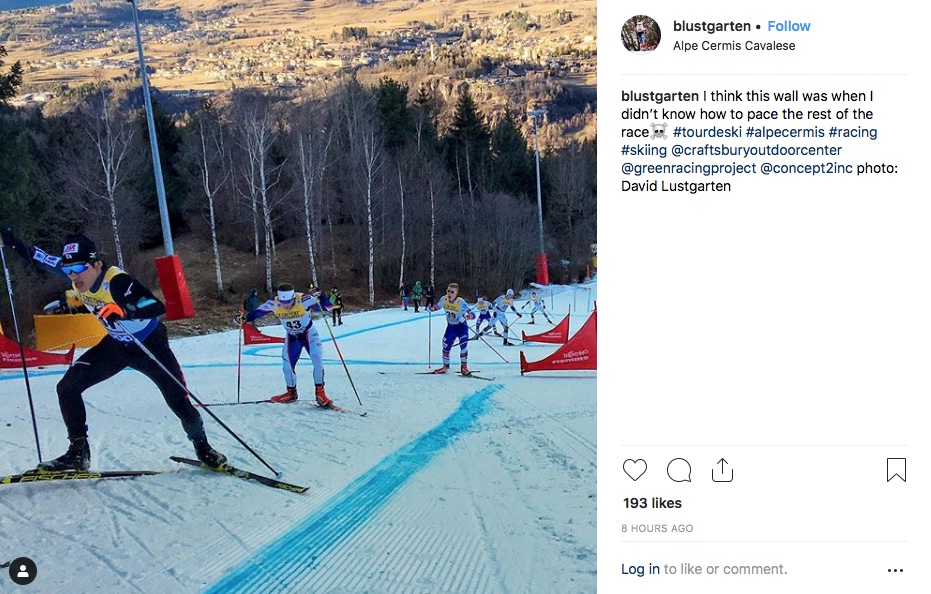 Ben Lustgarten (bib 43) ascending the slopes of the Alpe Cermis during Stage 7 of the Tour de Ski. (Photo: @blustgarten Instagram)

Lustgarten still put on the bibs and began each race anew. Racing is still racing and expectations are still expectations. Lustgarten wanted more.

“The racing is obviously very challenging because it’s the World Cup field and it’s also dwindling at the end of the Tour, so I’m kind of fighting for last instead of being where I want to be, so it’s also an emotionally challenging week,” Lustgarten said.”Usually, if I have a bad race I have a few days to get over it, but now it’s like an hour and I’ve got to do it the next day. Obviously I don’t have the pressure, honestly, I’m just trying to finish the Tour at this point.”

Lustgarten explained on the phone he is not a “flat-liner” when it comes to dealing with the emotional ups and downs of ski racing. With the non-stop TdS action, Lustgarten noted he had been in daily contact with his coach Pepa Miloucheva who leads the Craftsbury Green Racing Project. He also explained the U.S. Ski Team staff and athletes had helped guide him through his TdS experience.

That experience came with the added pressure of this being a World Championship year. So the question of how best to qualify as an American skier for that event is tough to answer. Stay domestically and roll the U.S. national’s dice? Or ski the TdS and play in an ever-diminishing World Cup field with the best distance skiers on the planet and believe scoring World Cup points is a reality?

Last year, an Olympic year, Lustgarten raced U.S. nationals and was not in top form. He did not qualify for PyeongChang.

“Obviously it’s playing a dangerous game of could’ve, would’ve, should’ve, but with how I felt this fall on the SuperTour I really wanted to go to the Tour,” Lustgarten said. “I was very confident in my ability. I was almost certain I could’ve done what I needed to do to qualify for World Champs from the Tour; unfortunately, that’s not panning out for some reason.”

The Tour in itself is like a scaled down World Champs or Olympic Games. It has a luster all its own compared to the regular World Cup grind. Lustgarten raced in the 2017 Lahti, Finland World Champs, but fell sick during that series of competitions.

“I wanted to do the Tour for a few reasons,” said Lustgarten. “The biggest reason is that the Tour is such a unique and incredible event, and I qualified for it so I wanted to say ‘yes’ to that opportunity; there’s nothing quite like it. I’ve been to World Champs – I was sick unfortunately for the one World Champs I’ve been to, and I didn’t make the Olympics last year which was unfortunate. But the Tour is like, I don’t really want to say no to that. I could have a bad U.S. nationals just like last year and not make the World Champs and then I would only have Period 3 World Cup starts and then we get nothing else, so I wanted to say yes to the Tour. It’s a lot of good starts, it’s a good experience.” 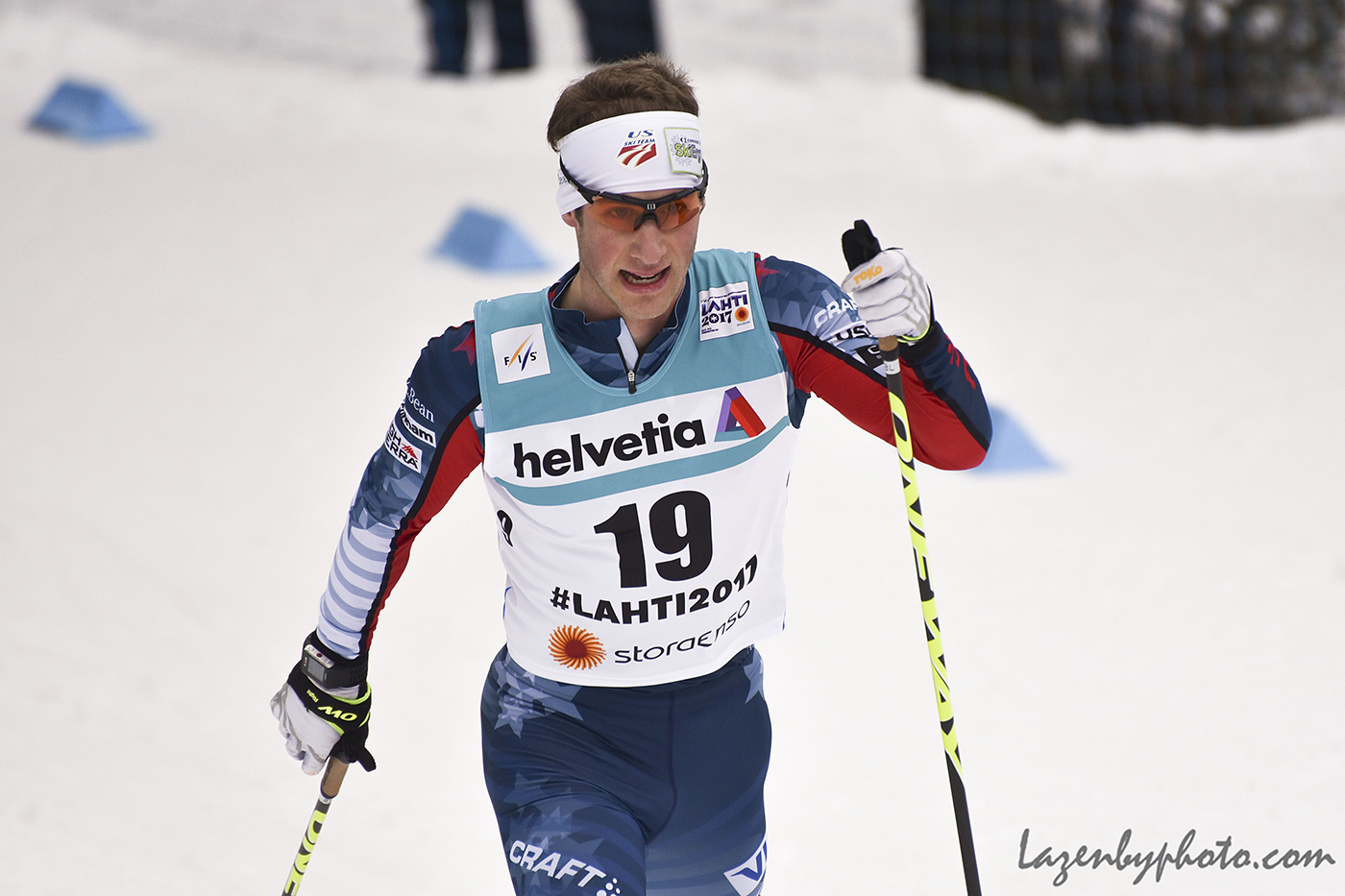 Lustgarten will rest and recover as he readies for some more World Cup opportunities. He’s certainly tired from his TdS travel and seven-stage racing expenditure. But his experience has prompted new insights as he posits how he would approach an undertaking like the Tour in the future.

“I think finding a good way to get in a good energy space before the Tour is key, I don’t really know what I did wrong — to me skiing the way I did now, to the way I skied at that Eastern Cup, a few weekends ago, I’d be like twenty places better,” Lustgarten said. “But I just can’t seem to pull that out. Recoveries big, I do ten-minute jogs for cooldowns maximum, I don’t even ski after my race, it’s like jumping from the SuperTour to the Tour is like two completely different worlds, and then you have seven World Cups in a week. It’s just a different world, there’s nothing that can really prepare you for it. To do it is to have literally no expectations and to try to do your best every day and I sometimes struggle with letting go of bad races. But if you are someone who is really good at letting go of bad races, you’re going to do better, I think, because there are seven chances in a week.”