Two summers ago, with just five miles left of the Marquette Trails Fest 30-mile mountain bike race, all Ian Torchia could hear in his head was the voice of Krystof Kopal, his Northern Michigan University (NMU) teammate, snidely saying, “You drop out again?”

Fifteen minutes earlier, Torchia had careened into a tree. After dusting himself off, he remounted his bike, but not before noticing his left wrist was badly injured.

For a moment, Torchia considered pulling out of the race. Thoughts of Kopal, however, kept his feet on the pedals. A few months earlier, Kopal had given Torchia ceaseless verbal flak for dropping out of the 2016 Spring Series 50-kilometer ski race due to cramping.

“[Kopal] was playing in my head … so I finished the last five miles with a broken wrist,” Torchia, now 22, recalled on the phone this summer, noting that it wasn’t until after he had finished the race that he found out it was broken. 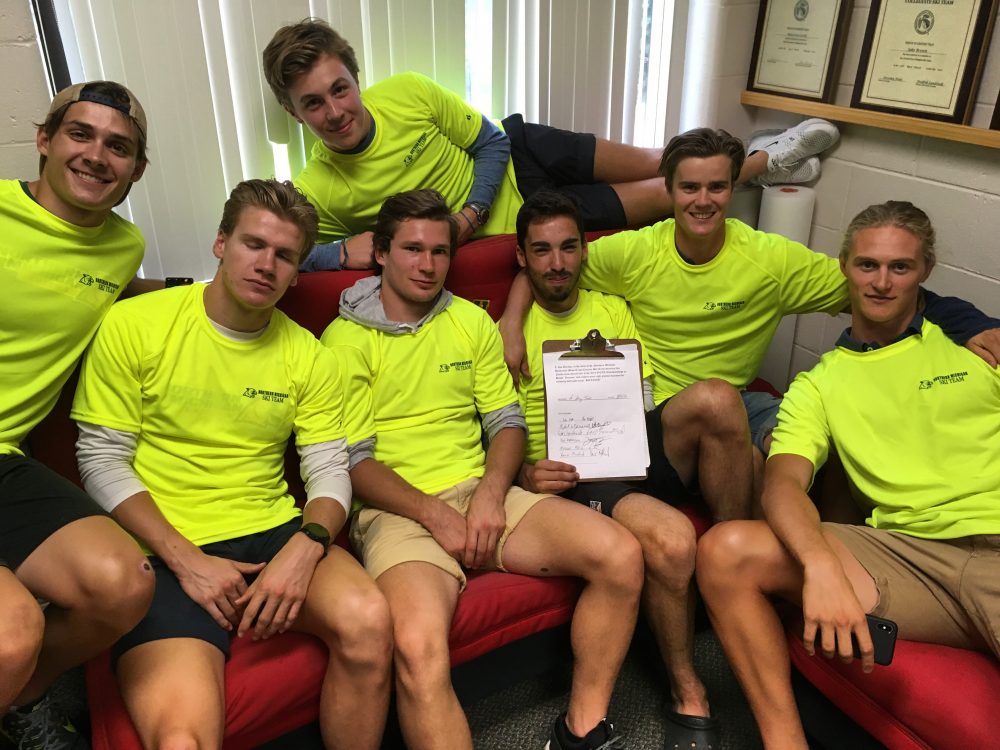 The NMU men’s ski team with Ian Torchia (third from r) in late August. According to Torchia, the paper he’s holding is a contract. “If we win [the] team NCAA title [this winter], they get to tattoo my gluteus maximus,” Torchia wrote. (Photo: Andy Keller)

Shortly after, Torchia had his wrist examined by doctor and was told he would need to have surgery. The procedure — scaphoid fixed via percutaneous fixation–left Torchia in a cast.

About a month before his crash, Torchia had been nominated to the U.S. Ski Team (USST) D-team and invited to two national-team training camps that summer. Torchia had intended to attend both camps, regardless of whether his wrist was healed or not.

Fourteen days after his accident, Torchia departed Marquette, Michigan, his “home” since he began attending NMU in 2014, and headed for Eagle Glacier, Alaska, the location of the first USST camp.

On the glacier, he skied with either one pole or none at all. When he returned to Marquette, the pattern continued for another two months. It wasn’t until the end of August that he had his cast removed.

All that training led Torchia to what he recalled as being “in pretty good shape” leading up to November. Then things started to go south. Fast. Right around Thanksgiving, Torchia was exhausted and experiencing severe night sweats.

“If you type in ‘mono’ on Google and look at the symptoms, I probably had seven out of the eight,” he said. “But I at the time was thinking ‘It’s just a bad virus. It will pass.’ ”

The symptoms continued. Torchia’s girlfriend suggested he get tested for mononucleosis. He didn’t.

“I didn’t want to believe her,” Torchia said.

Soon enough he had to. In mid-December, hypothermia forced him to drop out of a race. At 2017 U.S. Cross Country Championships in Midway, Utah, he felt sluggish and “off” during training, so he visited a walk-in clinic in Park City. The doctor tested for mono, and the results came back positive.

“The doctor was kind of nonchalant about it,” Torchia said. “He came in and was like, ‘Oh yeah, you’ve got mono, but nordic skiing isn’t a contact sport so you should be good to go and ski at nationals. I was like, ‘Oh, sweet…that’s not how it works.’ ”

Following the diagnosis, Torchia decided to skip nationals and return to his hometown of Rochester, Minnesota, for the holidays. He stopped exercising for a month before gradually returning to training.

“A lot of different skiers messaged me saying, ‘On this return, you need to take it really easy,’ ” Torchia said. (One of those skiers included Tad Elliott, who caught the Epstein-Barr virus in 2014 and went on to win a national title in 2016).

Torchia took their advice, as well as that of his NMU head coach, Sten Fjeldheim, who has helped other athletes diagnosed with mono safely return to training. The two worked out a meticulous day-by-day plan for Torchia’s return. Torchia redshirted the 2017 college season, but by March, he was back on skis.

“I wasn’t really thinking about what other people thought,” Torchia said when asked if he was worried whether others were questioning his USST nomination during that time.

“I was thinking more about the next steps,” he continued. “Like the day to day, ‘Oh, my morning heart rates are going down,’ or ‘This next weekend I can start running again.’ … I think before [mono], I was riding really high on skiing, and it was … a big, big part of my life. Getting mono kind of let me take a step back and realize, OK, there are other things [besides skiing].” 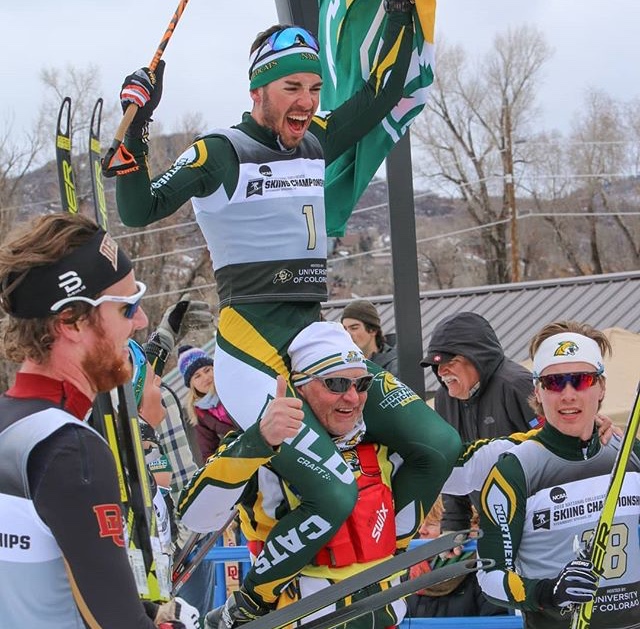 Mono not only gave Torchia a little perspective, but also an extension on his time to compete in college. By redshirting in 2017, Torchia retained eligibility to compete in 2018 (as a junior) and 2019 (as a senior). In his fifth year at NMU, he is currently working toward a master’s degree in exercise science.

This past March, he won the 20 k freestyle at NCAA Skiing Championships to become NMU’s seventh NCAA champion in program history. In the other race at 2018 NCAA’s, the 10 k classic, he placed fifth for All-American status. Earlier last winter, Torchia qualified for and competed at U23 World Championships in Goms, Switzerland.

“I try to look at the positives that mono brought,” Torchia said. “That first season of being on the USST brings a lot of pressure and inadvertently getting mono kind of lessened that. Afterward, when I got renominated to the team [last spring], I was like, ‘OK, they’ve given me this second chance, so I need to take it.’ ”

Torchia was renominated to the D-team for 2017/2018 and again this past spring for the 2018/2019 season. After his third-straight nomination, he approached his summer with revitalized vigor. For the first time since enrolling at NMU, he decided to spend some time training outside of Marquette, largely as a result of a wedding invitation from his USST teammate, Erik Bjornsen. In July, Bjornsen and Marine Dusser were married in Villard-de-Lans, France. 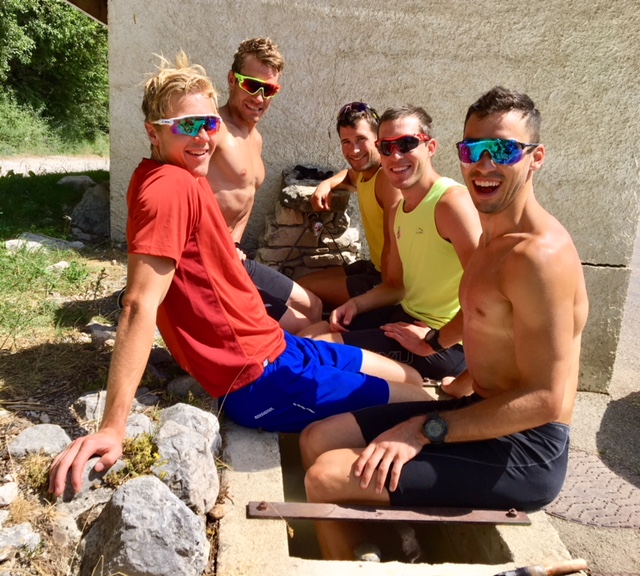 “After getting Erik and Marine’s ‘save the date’, I knew there was no way I was missing the wedding,” Torchia explained.

After the wedding in early July, Torchia remained in France for the USST men’s training camp. The camp lasted 10 days and featured what Torchia described as “hard rollerski intervals and epic mountain runs.”

Following the camp, Torchia had made arrangements to stay in Europe for another two and a half weeks, which was partially prompted by his Norwegian teammates at NMU. Over the years, many had encouraged him to travel to Norway and compete in the famed Lysebotn Opp, an uphill rollerski race in Norway’s Blink ski festival.

Before heading to Sandnes, Norway, for Blink, Torchia made two stops. First, Oslo, where he stayed with his former NMU teammates Fredrik Schwencke, a native of the city, and Kristen Bourne, an American citizen currently training with the Lyn Ski Club in Olso.

“Pretty lucky to have so many great friends and teammates that put me up throughout the trip,” Torchia wrote in an email.

Torchia spent a week in Oslo before traveling to Kragerø, where he visited his current NMU teammate Mathias Aas-Rolid. A native of Redalen, Norway, Rolid has a cabin in Kragerø that he opened up to Torchia for “a pre-Blink training camp”. 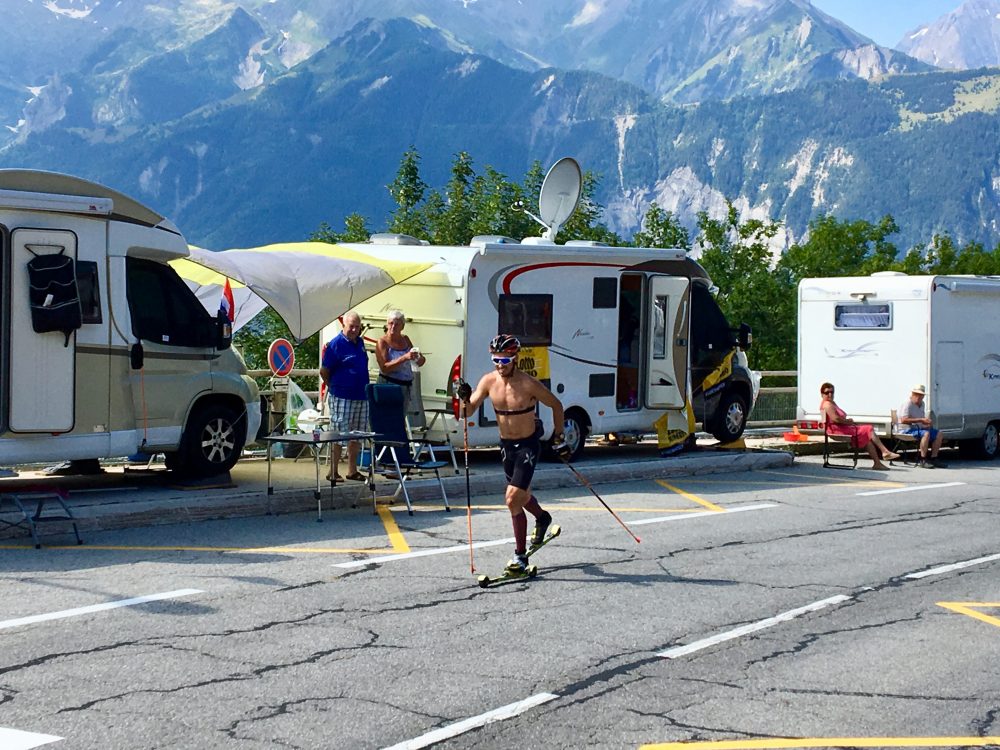 Following Kragerø, Torchia headed to Sandnes for the Blink races. Canadians Evan Palmer-Charrette, Scott Hill and Bob Thomson had rented an Airbnb in Sandnes for the weekend, and keeping with his summer nomadic style, Torchia crashed on their couch during the festival.

He competed in the 60 k distance race as well as the Lysebotn Opp. The 60 k was what Torchia referred to as “an add-on to the main focus of Lysebotn.

“For the 60, I made a big blunder by not bringing a water pack and counting on getting feeds along the race course,” he recalled. “Turns out trying to get a feed from a stationary volunteer at 20+ mph is not very effective.”

Without feeds, Torchia explained that he “bonked” halfway through the 60 k and ended up finishing 55th. The result left him ready to “turn it around” for the 7.5 k Lysebotn Opp the next day. He managered to position himself well early on in the race’s mass start and within the first kilometer, found himself with the likes of Russia’s Sergey Ustiugov and Finland’s Iivo Niskanen.

“After the 1 k tunnel, I passed Ustuigov and Niskanen and probably got a little too excited and blew my load about 2 k from the finish,” Torchia wrote of his Lysebotn start. “ ‘Twas a long 2 k in from there and almost managed to catch Harvey but just missed the auto qualifying for the mass start (top-10) by about 15 seconds. I’ve never done a rollerski race, period, so competing in Norway in the strongest field they’ve ever had was a hell of a way to start.”

Torchia’s summer adventure ended after Blink, and he flew back to the U.S. on Aug. 6.

“Getting to do intervals with Adrien Backscheider, [South Korean/Norwegian skier] Magnus Kim, and then race with a World Cup field at Blink served me a big piece of humble pie but was a good indicator that the summer progress[ed] well,” Torchia wrote.

Torchia is now back in Marquette, focused on school and skiing. Beyond college races, Torchia is targeting 2019 U.S. nationals in Craftsbury, Vermont, 2019 World Championships in Seefeld, Austria, and 2019 World Cup Finals in Québec City.

“It’s been some ups and downs and definitely a learning experience,” Torchia said of the years since he was first nominated to the USST. “But it’s made me stronger in the process.” 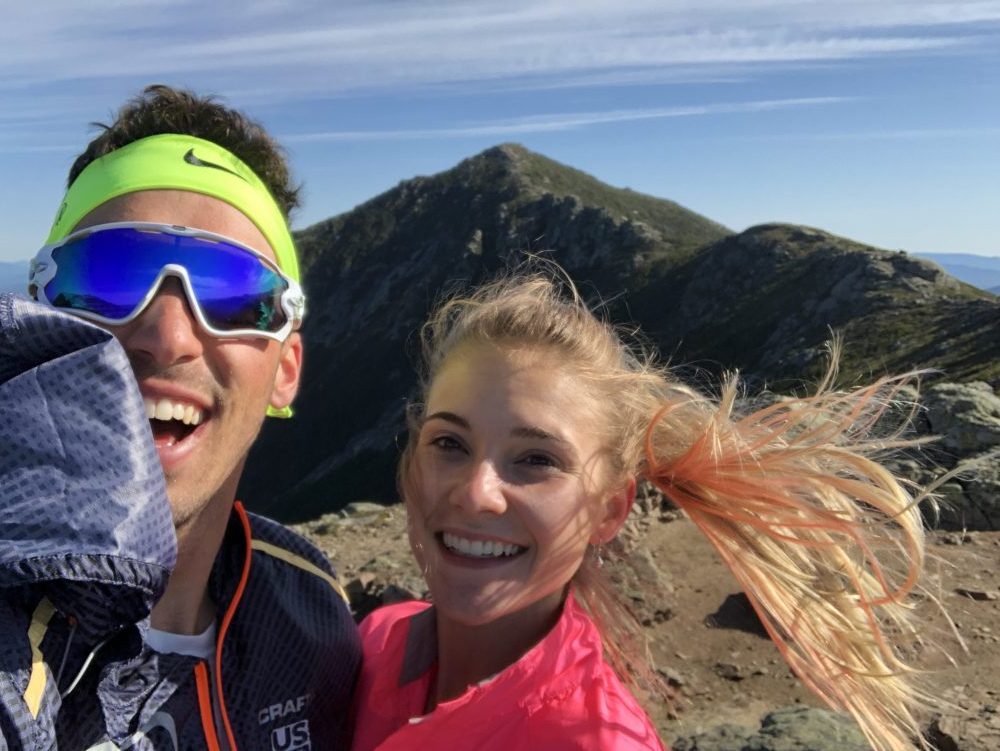