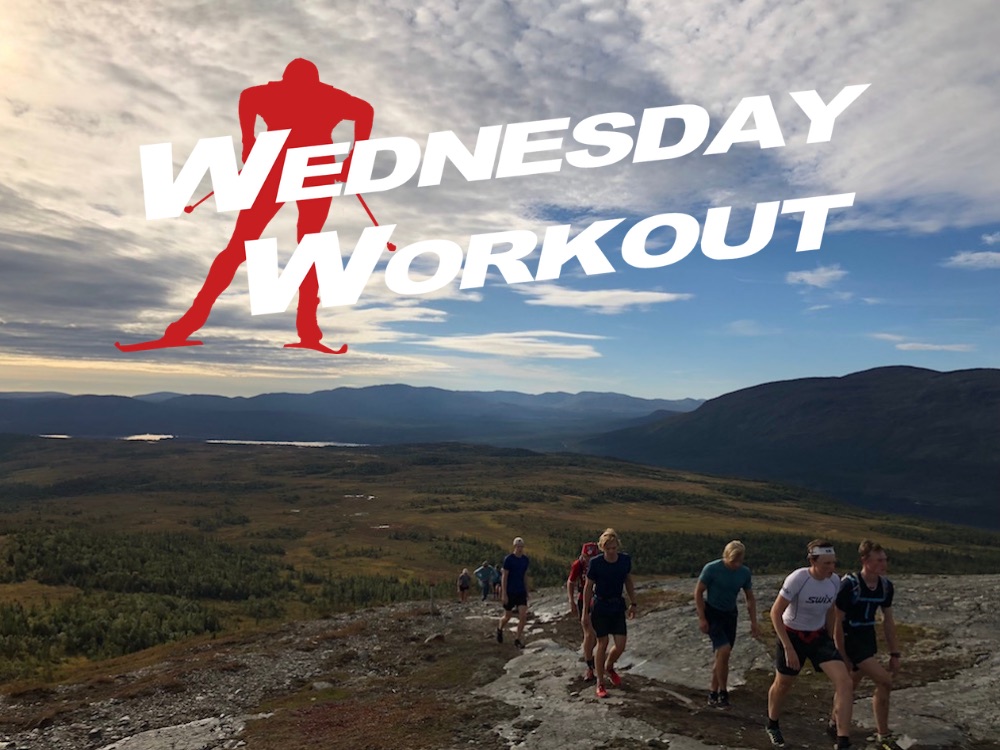 Swedish juniors from the Järpen Skidgymnasium climbing Grovfjellet during a distance run in Åre, Sweden, the day after bog-running intervals. (Photo: Alasdair Tutt)

Today’s workout comes from Alasdair Tutt, head coach and program director at the Nordic Ski Club of Fairbanks/Fairbanks Cross Country (NSCF-FXC) in Fairbanks, Alaska, who recently attended a training camp with Swedish skiers (ages 15-19) at the Åre Ski Gymnasium in Järpen, Sweden. Have a workout of your own (or your club’s) that you’d like to share? Send submissions to info@fasterskier.com with the subject line “Wednesday Workout”.

On a recent trip to Sweden for study, I was fortunate enough to attend a training camp with Järpen Skidgymnasium, which is an RIG ski program supported by the Swedish Ski Federation for their top junior skiers. There are five RIG “Kingdoms Sports Schools” aimed at future international level skiers and 12 NIU “National Sport Education” programs aimed at national level skiers in Sweden for cross-country skiing. 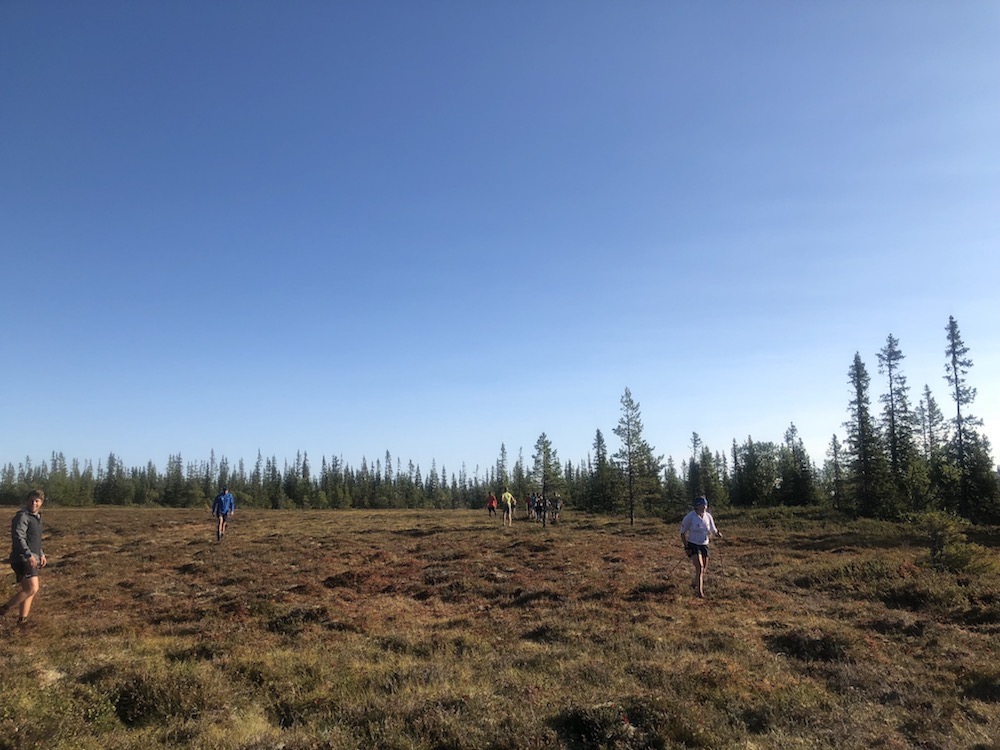 The training camp was cross discipline with 70 athletes from cross-country, alpine and freestyle in attendance as a bit of a team-building experience after the first week of school. All athletes did the following swamp-running workout with varying “on” time depending on age and sport. You might be a bit surprised that some of the alpine/freestyle athletes got through the entire set with good speed and form.

In addition, the athletes completed a strength, obstacle and mobility circuit, and a 2-3 hour long distance tour on the final day – running for the cross country athletes and cycling for the others. As part of the school orientation, groups of 7-10 students and coaches also produced an anti-bullying short film. A lot of effort went into the production of these, with some drone footage and high quality of execution.

Cool down: A game of bog soccer by year level (1-4) with 2 x 5 min. halves, an easy jog back to camp and some gentle mobility.

Alternative: Some athletes who couldn’t run did a strength circuit for the session.

Total time: About an hour and a half, which struck me as incredibly time-efficient.

According to the athletes, they perform a bog-running interval session maybe once every month or two during the warmer months, mostly for something different, but lots of distance runs tend to end up traversing such terrain. The biggest surprise for me was just how fast some athletes were moving in the difficult terrain, running 5-5:30min/mile pace with poles in shin-deep bogs, but then walking significant portions of the 22-kilometer distance workout we did the next day. Really, it just reinforces the polarization of training that they have built into their culture, and it’s something I think we still need to work on, especially in distance training, with my program in the U.S.