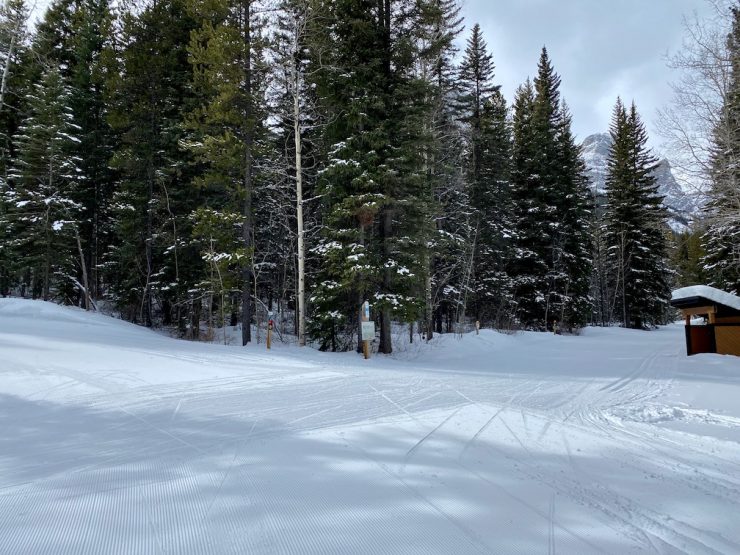 At the 2016 Ski Tour Canada, this was a dirt road crossing a race trail covered in manmade snow. This month, it looks much better with natural snow and corduroy.

FasterSkier dropped in at Canmore on the way to Québec City and got an update from Norbert Meier on the challenges of hosting in North America, all the activities that aren’t ski races, and the challenges of dealing with daily updates on managing the Coronavirus pandemic.

While the World Health Organization upgraded Coronavirus to a pandemic a few hours before this interview, the status change is not a surprise as it was simply a matter of which day it crossed the threshold. The BBC has a short and clear explanation of the status change (scroll down to ‘Why is it being call a pandemic now?’).

Meier talks about hourly changes in status: we both saw the official pandemic notification and official confirmation that the Canadian World Cups are still approved shortly before the interview. The announcement that the USA has banned all travellers from Europe would come hours later.

As you can see in the background of the video, not everyone is keeping up with the best advice. FIS, Nordiq Canada, Alberta, Québec, and the LOC’s all prefer WHO and official medical advice over WhatsApp creativity. 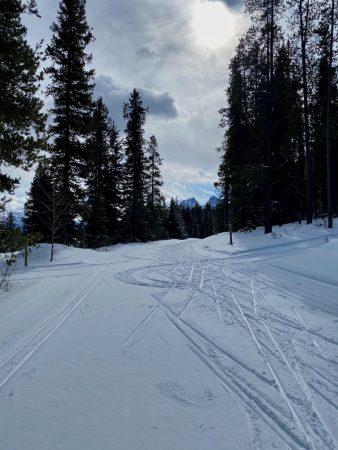 Even the rec trails at Canmore have lots of snow this season. March 11, 2020

According to a few of the locals, Canmore is having the best ski season in a decade. It is definitely the best conditions that this writer has seen after multiple visits for World Cups and even a week of National Championships.

A number of distance specialists were training on the trails today while the rest of the elite athletes are gathered in Québec City for two days of sprint racing.