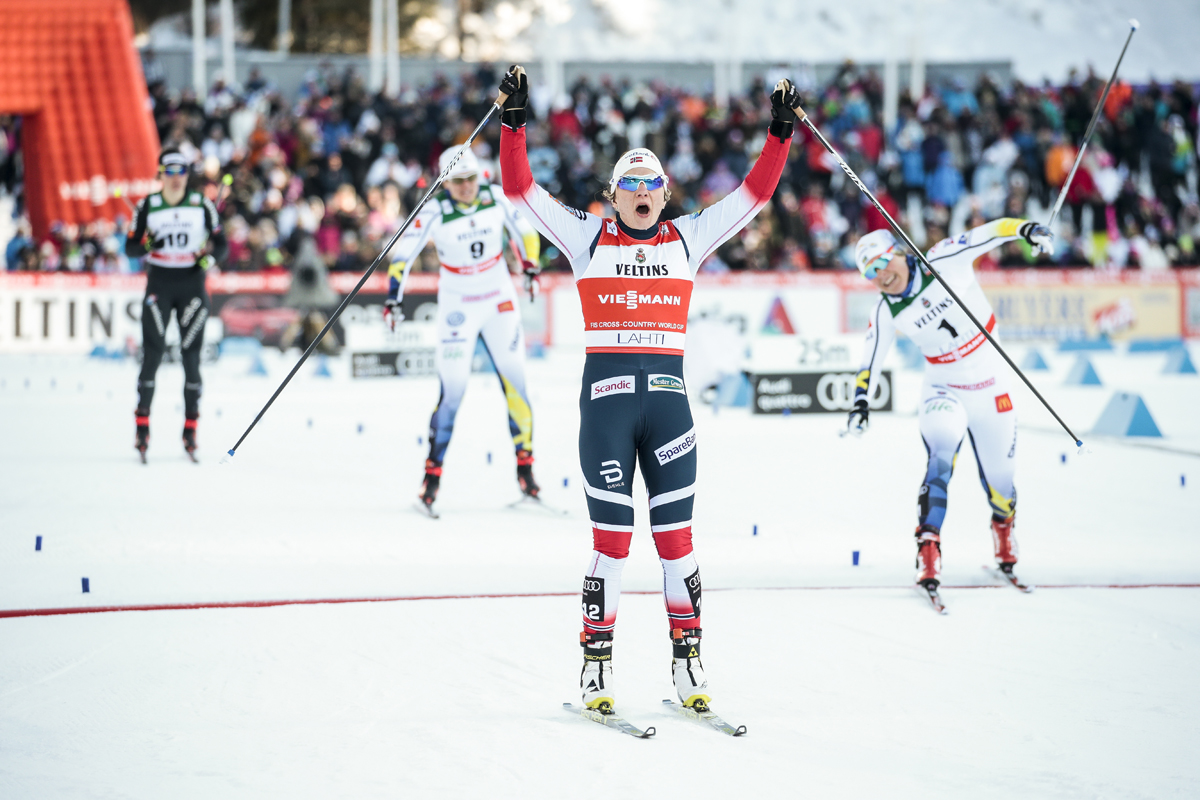 Welcome to FasterSkier’s World Cup Preview, where we check in with the top-10 teams from last year’s FIS Cross Country World Cup tour before the season starts. The World Cup begins with a classic sprint in Ruka, Finland on Nov. 24th

Norway won last year’s Nation’s Cup by more than twice as many points as second place Sweden. The question remains, in the aftermath of Marit Bjørgen’s retirement can that accomplishment be repeated? 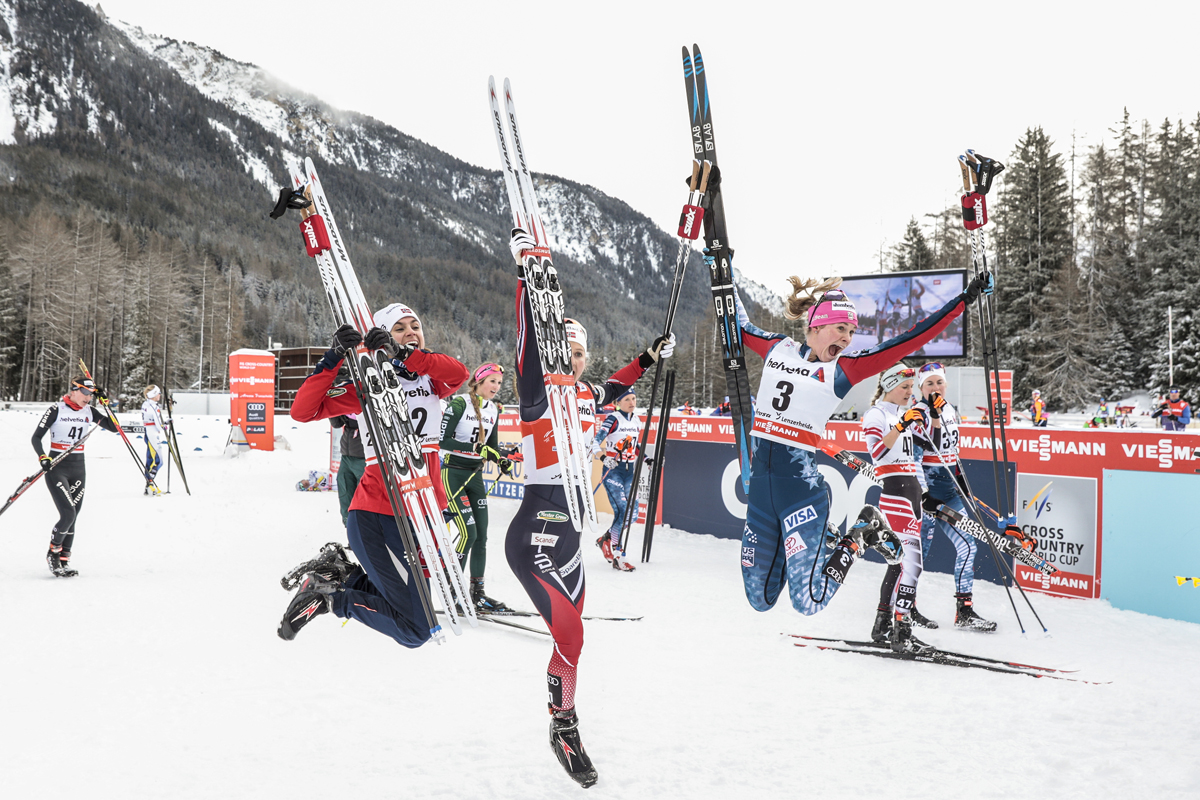 The women’s 10 k freestyle podium at Stage 3 of the 2018 Tour de Ski on Monday in Lenzerheide, Switzerland, with Norway’s Ingvild Flugstad Østberg (c) in first and Heidi Weng (l) in second, and American Jessie Diggins (r) in third. (Photo: Salomon/NordicFocus)

There appears to be no dynastic decline on the immediate horizon. All of these athletes are on track to perform at a similar level this coming season.

In addition to these four podium-capable skiers, Therese Johaug will return to the Word Cup after having finished her 18-month ban for testing positive for the banned substance clostebol. (Johaug tested positive after applying the ointment Trofodermin to her sunburned lips.)

Johaug won the Lysebotn opp rollerski race in August 1:47.5 minutes in front of Sweden’s Charlotte Kalla in second, and out performed all the male skiers on the national team but Didrik Tønseth during an Oslo hill run this Spring. She is reported to be in better shape physically than in the past. Yet, it remains to be seen if she can transfer that into competitive cross-country skiing against a full World Cup field.

In the days before the Norwegian season opener in Beitostølen, Johaug asked during a press conference that people lower their expectations because of her experience in the last two years. Expectations aside, Johaug won the two races she competed in during the season opener in Beitostølen. In the 10 k classic, as described by FasterSkier, Johaug never let off the throttle. In the 10 k skate, she distanced second place Østberg by 26 seconds and U.S. skier Sadie Bjornsen by 1:45.9 minutes in third. With those two wins in Beito, this much is true: she’s in early season Johaug-form. 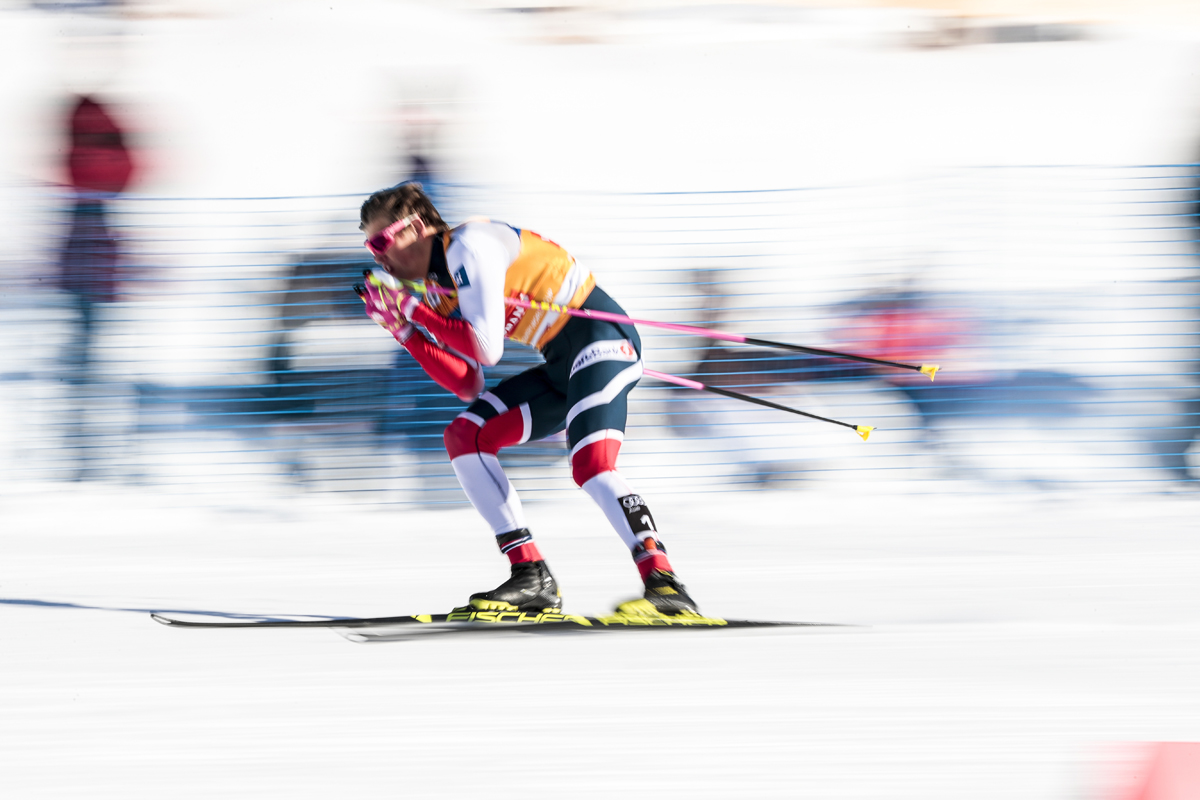 After his dominant season last year, Klæbo has tempered expectations. He stated in an interview with Bergens Tidene in October, “realistically, a lot of things need to happen for me to copy what I did last year.”

We’ll know in days, the World Cup begins this Saturday, if this was all a Klæbo bluff.

One athlete who fans should see on the World Cup again this season for Norway is thirty-two-year-old Petter Northug.

After separating from the Norwegian national team in 2013, the man who needs no further introduction if you have followed xc skiing over the past 10 years, returns to the Norwegian sprint team. His last performances are not what they used to be and therefore Northug returns to national team with confined expectations. Northug noted he probably won’t ski World Cup races until 2019 and that he might not make the cut for the World Championship in Seefeld.

His results recently in Beitostølen were lackluster, he was disqualified from the 15 k and didn’t qualify for the sprint heats.

He raced a single World Cup last season, placing 32nd in Lillehammer, Norway’s classic sprint. Northug did not qualify for the 2018 Olympics.

Northug claims the reason for lowering expectations are his difficulty in adapting to training. Last season was hindered by illness and this pre-season has shown similar signs — Northug has twice dropped out of a training camp due to illness. Headlines across Norwegian tabloids read, in essence, “Northug may retire”, a reference to him saying in a press conference before the season opener in Beitostølen that the odds of him being on the starting line there next year is 100-1. Before being disqualified for skating during the 15 k classic in Beitostølen, Northug did show signs of improvement, finishing the race in 38:26.2 minutes (+2:17.6 behind winner Tønseth).