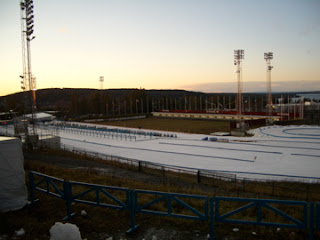 The stadium in Östersund, pre-snow storm.

The men have kicked off another World Cup Biathlon season with the Östersund Individual today, and the US men have set the bar for themselves and the team nicely! Lowell Bailey had a great race with only 2 penalties, putting him in 9th. Jay Hakkinen also put together a great race, finishing 18th with the same shooting. Two men in the top-20 is a great start for us, and the rest of the men looked strong and I’m sure are psyched to get the season going. 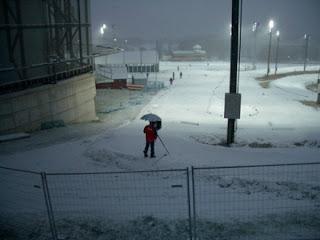 Some of our teammates raced on Sunday in the IBU Cup…in the middle of the first snow storm of the year!

The first race is always tough because you have no idea what your shape really is against all the other teams. It can be nerve-wracking and exciting all at once. Often times, you’ll see athletes struggle in the first races, but when you can overcome that exhilarating feeling of kicking things off, then great races can happen. Tomorrow, I’ll be aiming to put nerves behind me and kick off the season on the right foot. I already feel worlds ahead of last year, when parasites in the water knocked me down for the first weekend of World Cup racing. So no matter what, this is a much more positive start for me! 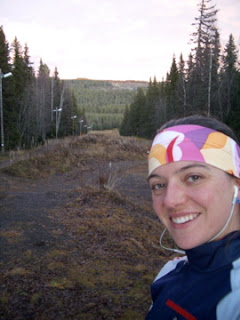 Skiing out on the extra 3km loop…before… 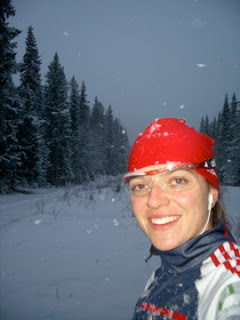 And during the storm! Much better…

The weather has been decidedly eastern here lately: with snow, rain, thunder and wind often all in one day. The snow has set up nicely, though, and the conditions should be fair and good for the race tomorrow. Wind may be a factor, but I plan on just going with what’s dealt.

Racing starts at 5:15pm CET (+6hrs to EST) tomorrow. You can watch live feed and live results at www.biathlonworld.com. I’ll be bib #29…and ready to get things going! 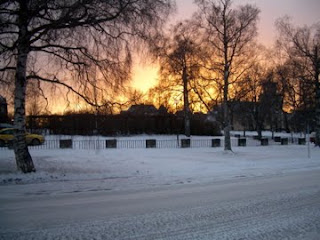