FasterSkierJanuary 17, 2012
Well I’m glad to say that we finally got some snow here in central NY. It was the first weekend of the winter that our local multi-use facilities had enough snow to ski on ! 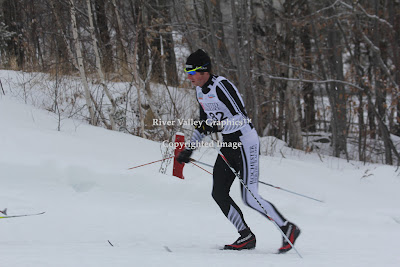 (First classic ski of the season, I mean race!)
As with everyone else we have been dealing with Mother Nature being a real B*(&% this winter! But that’s how it goes, you have to make the best with what you have and move on.
We had a great trip to U.S Nationals in Rumford, the results were not what we were hoping for but it was great to live the life for a week and to see everyone and everything that makes skiing so much more than just sport ! 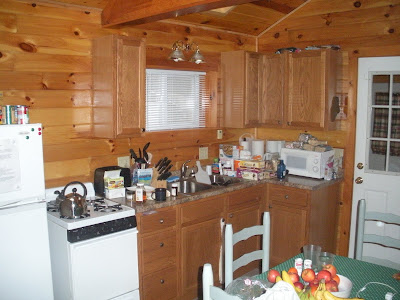 (Our sweet cabin kitchen set up in Andover) 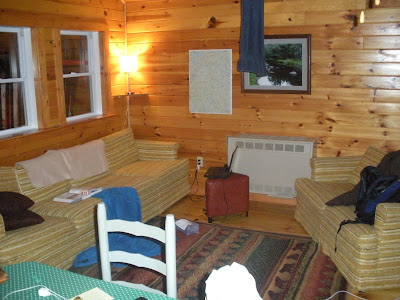 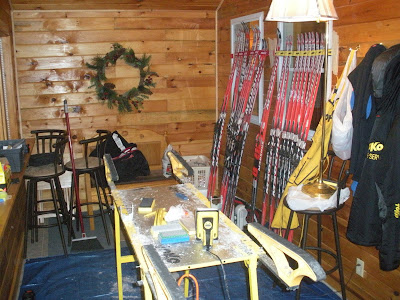 (Wax room entry way. TOKO and Madshus the only way to GO) !
The Highschool scene here is in full swing and the kids have been killing it ! Due to the lack of snow we have been racing on a 1k man made loop atop the local alpine area. It’s great to have a place to race but the lack of terrain is going to make it interesting when the kids get on a real course ! I’m not sure which will be worse for them going up hill or down hill ! 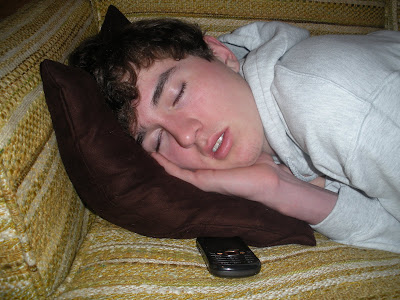 (G-Man having nightmares of coaches corner after racing on the pancake)
On the girls side Alyssa has been in a league of her own winning the 1st three races of the season ! Eric would of had the same outcome except for a miscount on his laps during the first race of the year. Now that he has gotten a counting lesson from his brother and many others he has been leading the way with big wins in the last two races ! 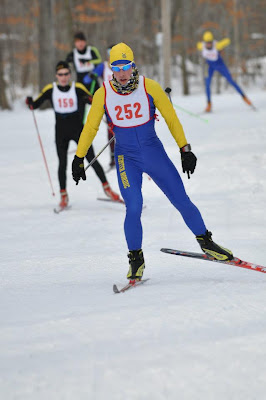 (E-Money leading the way thus far !)
It’s always exciting to see how the kids are going to improve from one year to the next and I could not be happier with how EVERYONE is doing this year. The best result so far this year was an astounding 9 of the top 13 places for the guys ! and 5 in the top 10 on the girls side ! That’s a high percentage of RNR’ers a top the varsity results! ! 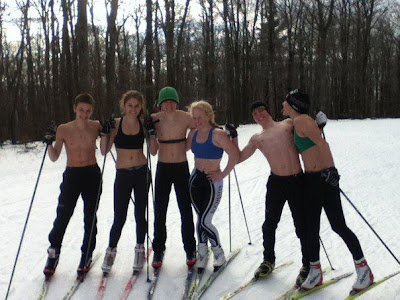 (We are not roller-skiing but it feels like it sometimes!)
The Young Gun himself has also been knocking on the door of the JV races just missing the top spot in his first 3 races ! All in all everyone has been doing a great job !
As always it’s not only a testament to the athletes but also to their parents, friends and coaches ! I still scratch my head each time the HF-L and Pittsford buses roll up to the races each sporting 2 buses full of kids something like 70 kids on each high school team and you see 2 coaches get out ! ! WTF ! 35-40 athletes per coach?? It’s amazing that they even get the kids to the race much less everything else they are doing on a day to day, year to year basis. The ability of the high school coaches is amazing and without them everyone would be in big trouble !
Next Stop LAKE PLACID for our first JNQ of the season. Due to the for-mentioned lack of snow we have had to cancel the first 3 races so things are going to kick of in a big way in LP !
We will have a full crew headed to LP and I can’t wait to see what happens ! 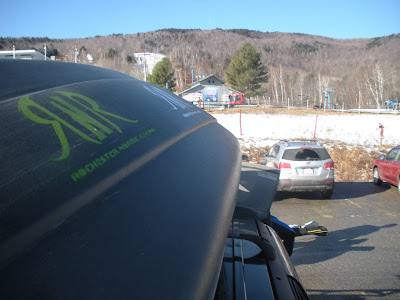 (Pack up the skis, we are on the road again)