Back in December I posted a short note about how Vibeke Skofterud has a tendency to ski considerably better in the early part of the season. Since we’re in the midst of a break between WC periods I thought it might be good to check in and see how things are progressing: 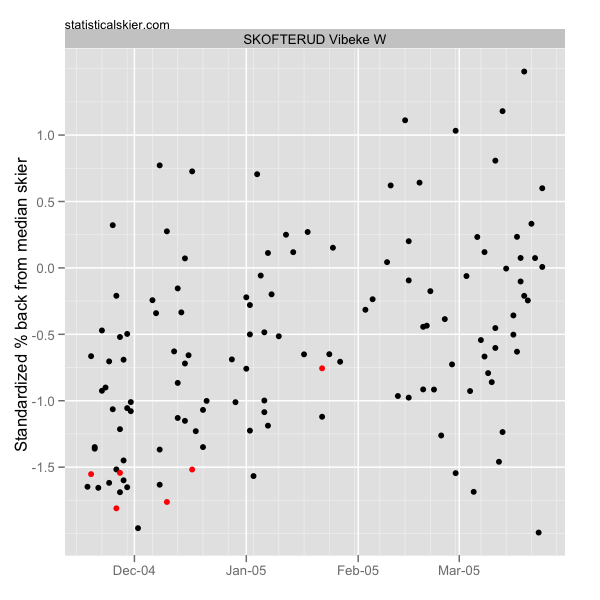 Those are her distance results (using standardized percent behind the median skier) with her 2011-2012 results shown in red. As you can see, there was a bit of a gap between her early races and her most recent one, but based on that one race things seem to be following her typical trend. As for her sprint results: 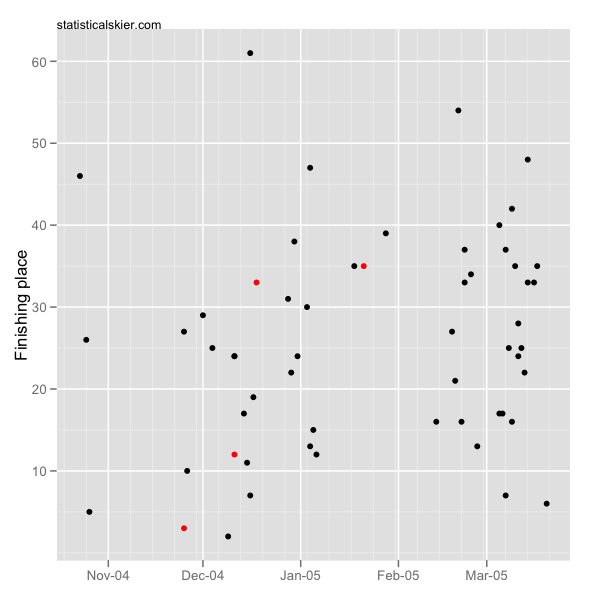 Overall, the backward trend with sprinting isn’t quite as clear, but she appears to be following up on this one as well so far.

Time Trial with SMS at Trapps