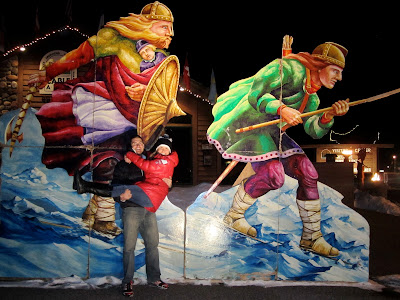 I’ve started a couple of different blog posts since making the trip home from overseas but haven’t finished any of them. Whenever I would sit down to write or finish my thoughts, I was always tempted to take them in a different direction. However, the gist of the missing posts was that it’s been great to be home. 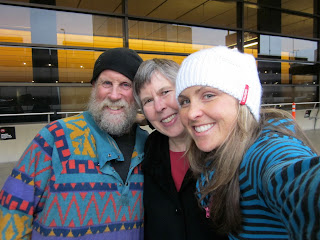 A quick layover in Seattle on the route home provided a chance to say “hi” to my parents!
I’ve done all kinds of relaxing things like hang out with my cat Buggz, get out of town for a night with my husband Rob, and cook what I want, when I want it.  It’s the small pleasures in life that you take for granted when you are home that you miss on the road. For example, I love drinking coffee and reading the paper edition of my home newspaper, the Anchorage Daily News every morning. 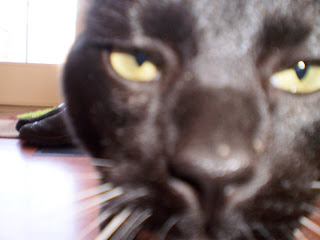 The spoiled Hellion of the house!
I’ve realized that it’s a challenge to find the perfect balance between time at home and time on the road. If you’re gone all the time (and I was “scheduled” to be gone for five months, Nov-April) it’s TOO long and you might start to get a bit homesick.  On the opposite extreme, if you never leave home, it’s easy for life & training to get “stale” and you might start to wonder why you work so hard – and roller ski all summer in the rain if you never get to test your fitness against the “big fish” out there.
My somewhat abrupt trip back home has brought along overwhelming feelings of loving where I am from; the trails I train on, my house, community, friends, and family. At the same time, the distance and small break allows me to fully appreciate the experiences and the opportunities I’ve had on the road, racing in Europe.  Each side of the world is lovely in it’s own, special way and I feel extremely lucky to bounce back and forth from one continent to the other.  I have so, so many things to be thankful for.
This season has provided a great chance to experiment and I have learned a lot about myself & my needs and desires as an athlete.  This is an “off” year in that there are no World Championships and obviously, no Olympics. Therefore, it’s a great time to try new things – learn what does and doesn’t work so that I can plan the next two years ramping up into Sochi.

I had a blast showing up to Anchorage High School Regions, unannounced to cheer on the APU junior athletes!  It was fun to see them skiing fast and most important, having fun doing it!
Of course the unexpected nature of my wrist injury and subsequent stomach bug took a unique toll on my (physical) body and mental energy.  Had I continued on the roll I was on in November and December, who knows if the pull home would have been so strong? But, having experienced a long January and February in Europe without any significant results, I came home to re-fuel, rest up, and re-energize.
Last week Erik, my coach, sent out an article to our team the other day and included a quote by Muhammad Ali which really spoke to me:
“Success is not achieved by winning all the time. Real success comes when we rise after we fall. Some mountains are higher than others. Some roads steeper than the next. There are hardships and setbacks but you cannot let them stop you. Even on the steepest road you must not turn back”.
I fully agree that having overcome adversity and hardship makes the sweet times even sweeter. Like this past weekend at the Birkie! 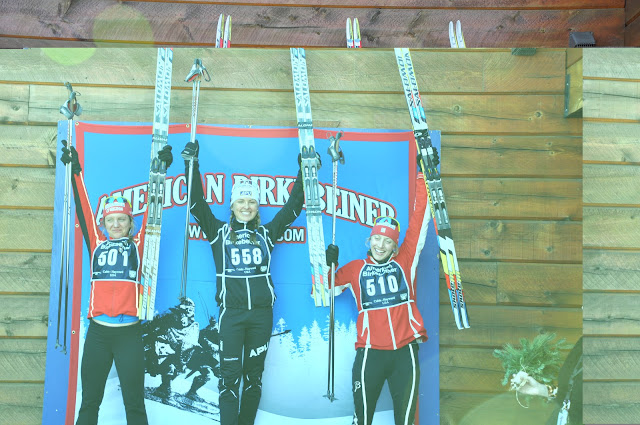 Racing the Birkie was not part of my original plan in my return back to the states. I needed to take one thing at a time, and make sure that I was feeling good before jumping aboard any race effort, be it the Birkie or a local race back home in Anchorage.  After a few days at home the idea entered my mind and all of a sudden it became more and more enticing.  Some of know that three years ago I competed in my first Birkie and lost the race in a lunge, photo finish at the line with Rebecca Dussault. Ever since I’ve been getting grief from my friends and I’ve wanted to come back and redeem myself. So, a couple days before the race I contacted the Birkie office and was reminded that Olympians have free entry in the Birkie for life – a fantastic perk if you ask me! 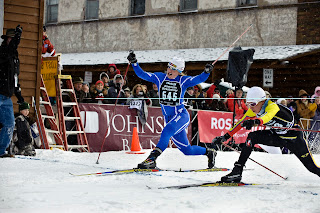 My lunge finish from 2009 – this was good for second place….. leaving me hungry this year!
As it turned out, the Birkie was my first domestic race, and my first non World Cup race of the entire season.  Going back to the list of things I’ve learned this year is the fact that it’s healthy for mind and body to compete against a couple of different fields.  In World Cups, a fantastic day is top twenty and that great but there is something to be said for entering a race where you know the podium, or even the win is within reach. 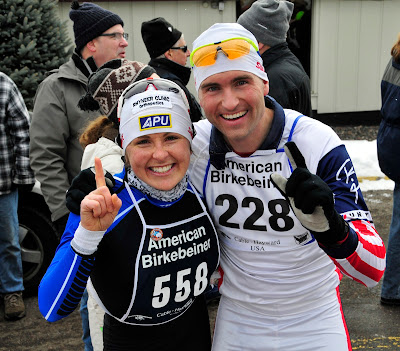 Photo, Ron Swee
So, Rob and I used our annual Alaska Airlines companion fare ticket and flew into Minneapolis Thursday, arriving late that night in Hayward.  Friday was full of testing skis, picking up our bibs, and attending a pre-race meeting with Andy Gerlach, Salomon, and Zach Caldwell who all generously provided support for the race. (Which was absolutely fantastic & essential to my success I might add!  Thanks guys!)
Rob felt the excitement of the “day before the Birkie” and I believe my tweet was something like, “Rob has succumb to Birkie Fever… me? My temperature is 98.6 degrees.”  Going into the race I did everything I could to remain mellow and relaxed.  The entire purpose of my trip home was R&R and I was determined not to let the race interrupt the primary goal of the trip.
Speaking of relaxing, Rob and I SCORED on accommodations and hospitality during our stay in Wisconsin.  My good friend Hannah from Whitman College days and her family have a beautiful cabin on Round Lake, just a couple minutes outside of Hayward.  Lucky for us, Marge and Ron were already planning on spending Birkie weekend at the cabin and “wined and dined” us, cooking fabulous pre-race meals and driving us to the start line early Saturday morning. It’s always fun to meet new, fantastic people and our visit to with them was surely one of the many highlights of the weekend. Thanks you two! 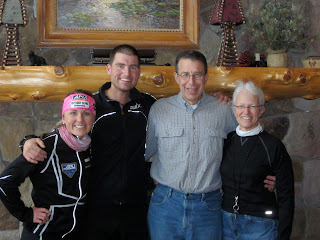 With the Swees, Ron & Marge
Saturday morning came fast and furious with a 5am wake up.  However, I’m not sure my body knows what time zone it’s in these days due to my heavy travel schedule.
The women’s race started off at a manageable pace, with a large group of ladies, many of whom I’ve grown to be good friends with.  Then, after the halfway point near “OO” Caitlin Compton Gregg made a big move off the front, darting through the chaos of the feed station and the elite wave man our group had caught. I was trying to squeeze down a feed and watched her ski away from me while I was attempting to choke down my GU packet.  It took me a while to chase her down but chase her down I did. We skied together a bit before I realized that had lost the other women. I subsequently pulled up to Caitlin and told her, “We gapped em!  Let’s work together to get away and make sure our gap lasts!”  And that was exactly what we did. We skied together, each taking turns “pulling” and skiing up in front, allowing the skier behind to draft and relax.  While we are undoubtedly competitors, we are also friends and smart racers. We knew that we could work together, and secure the top two spots on the podium together if we could cooperate.  Shortly after our break we quickly skied up on Eli Brown, my freshman year college coach at Whitman.  He ended up tagging along behind us for the rest of our race, letting the men know that we were coming through. He would inform them of our presence, and then tell them which way to move. I coined him, our “guardian loudspeaker.”  If we had not had his help, we would have spent a lot of additional energy weaving our way through other skiers and communicating our presence.  (Two hundred men start ahead of us and we end up having to pass approximately 130 of them along the 52k course.)
Similar to three years ago, the race came down to a sprint up the Main Street of Downtown Hayward.  Just like three years ago, I rounded the corner first (onto Main street) but instead of thinking, “What the HECK am I doing!” this time, with more experience, I thought, “I am NOT going to loose this time!” 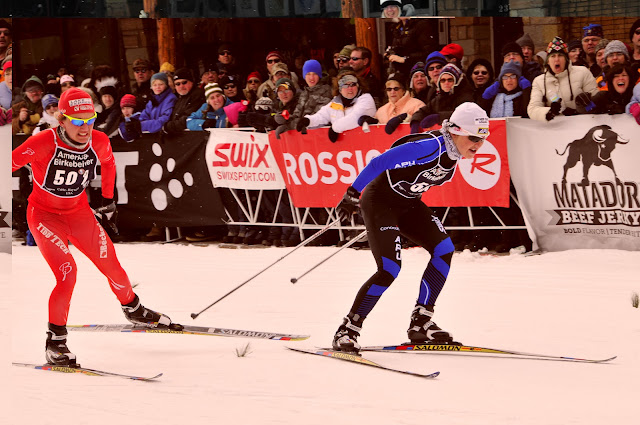 Main street Hayward. Photo, Ron Swee
We powered up Main Street in front of thousands of screaming spectators and luckily, I was able to hang onto the lead, crossing the finish line first for my first American Birkebeiner Title!  To say I was elated is an under statement.  I was ecstatic! Not only did I get to ski the race with two good friends, Caitlin (undoubtedly one of the best skaters in the country) and Eli, but I met my husband at the finish line and won a race that has been on my mind, and conscience for the last three years.  It was my first “win” of the entire winter and I had a blast every moment of the journey!  The rest of the day was hectic with the podium ceremony, media engagements, tracking down my skis & driving alternate routes home to shower.  We attended a dinner with Norwegian Olympic Champion & guest Vegard Ulvang and the official awards ceremony back up at the historic Telemark lodge. 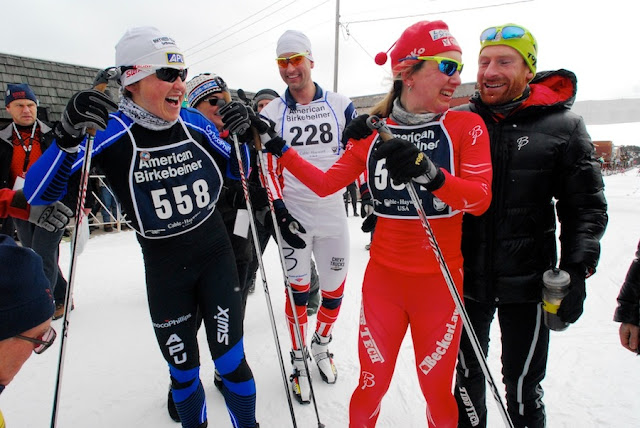 Greeted by our husbands, Rob and Brian at the finish line – fun stuff!
I’m home for a quick 36 hours before turning around and flying back to Europe for the last remaining World Cups of the season. While the heavy travel schedule and arriving no less than 48 hours before my start in Lahti, Finland isn’t ideal, my trip home was well worth it and I’m fired up to finish the 2011-2012 on a high note! 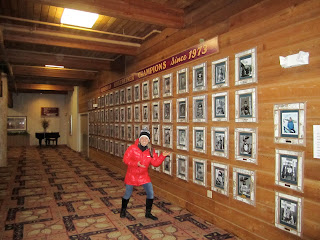 Psyched to be joining the “Birkie Wall of Champions” at the Telemark Lodge.
Soon to be reunited with these girls and the US Team in Europe: 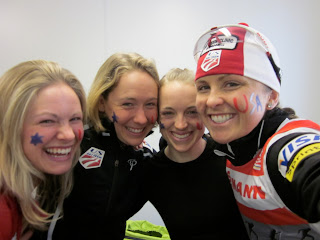 Our 4x5k relay team in Nove Mesto, Czech Republic, pre-race
Thanks so much to everyone that made the Birkie weekend possible and a special thanks to my current sponsors who make chasing the dream a reality – the Rhyneer Clinic, Carlile Transport, Alaska Pacific University Nordic Ski Center, Northern Fruit Company, Kongsberger Ski Club, Conoco Phillips, Salomon, Swix, Rudy Project & Alaska Medical Solutions. Also, thank you so much to the many individuals who have contributed to my travel fund – you know who you are!
Last but not least, here are a couple of links to articles about the 39th Annual Birkie:
The Anchorage Daily News,
Holly Brooks wins American Birkebeiner in sprint
Anchorage nordic skier claims victory in race that jump-started her career.
Cheers & have a great week! Thanks for reading & more soon,
Holly 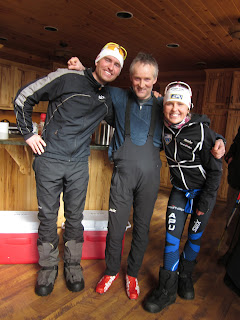 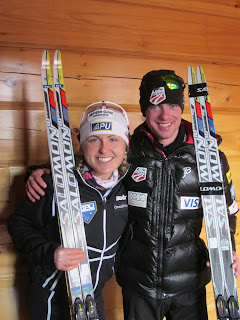 At "Biggest Race of Their Lives,” Juniors Face Tough Lessons At Altitude