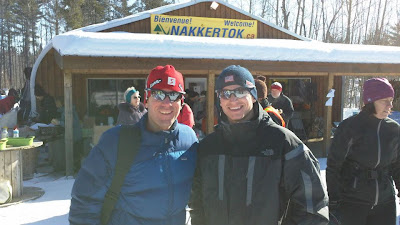 (Nakkertok !!)
This weekend the R.N.R team faced a tough decision we could head to Trapp’s and race the Eastern Cup with the rest of the North East or we could head to Ottawa and race the Eastern Canadian Championships with all of Canada. Both races would offer great competition and the deciding factor ended up being the travel time. It takes about 4 1/2 hrs to get to Ottawa and about 7 to get to Trapps so it was off to the great North and a little racing across the boarder. 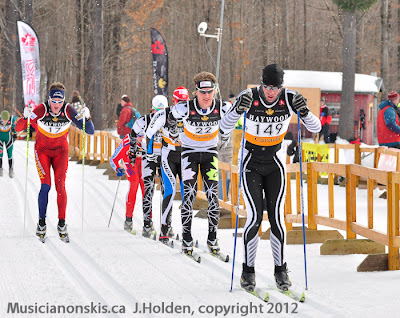 (Marty During the Mass Start)
Upon departing a quick check at the registration revealed over 700 racers ! ! ! ! Not only were the fields deep but they were talented. Their were a handful of athletes which have been on and off the Canadian World Cup squad as well as many of Canada’s up and coming stars. We knew it was going to be a quality weekend of racing! 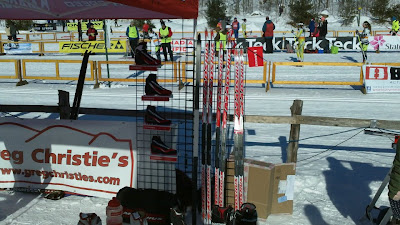 (The new Madshus Equipment being brought out by Greg Christie’s one of them best shops in the Business ! If you need a pair of boards these guys have them and lots of them )
The scene in Canada was off the HOOK to say the least with Kershaw winning the World Cup the excitement at the venue was overwhelming. It was hard not to get engulfed in the experience. Even though we were racing in a foreign country it’s hard not to treat Canada like the states but this had the feeling of a European Country with the excitement, athletes, spectators, and atmosphere just killing it all weekend. 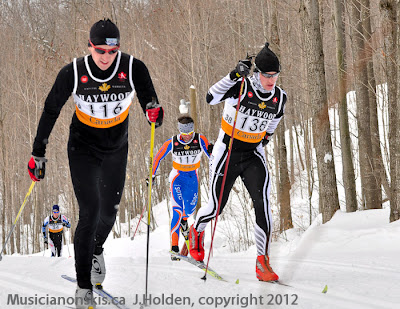 (Chad during the mass start)
Copyright to the Musicianonskis !
As for the races they went about as well as they could have for us. Without having a FIS licence we were starting in the back of the pack on both days which really did not turn out to bad since the course was a FIS certified 5k you got to mix it up with everyone. The course itself was what you would expect from and FIS course HARD ! A little bit of everything including long climbs technical descents and rock hard tracks ! It was quite a change from the flat 1k loop that we have been skiing on. 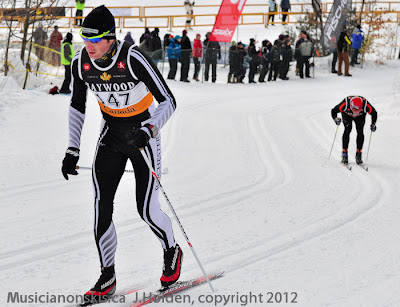 (Jason during the mass start)
Copyright the Musicianonskis !
The 15 skate was first and went decent for everyone Jason 66th Chad 83rd Marty 96th out of 150 starters. On Sunday we raced in the 30k classic. Since we were not part of the mini tour we started in a mass start after the top 40 started in a pursuit interval start. Again we started in the back and it was game on when the gun went off. The race went well and was a great tune up for the Gatineau Loppet next weekend we ended up Jason 58th Chad 80 Marty103 out of 134. 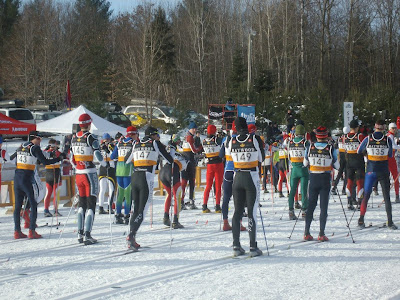 (On the back line ready to break some SH)(*&&^*()
On a side not Eric headed to Trapps to keep an eye on the rest of the NY and led the way both days flying the colors for RNR ! 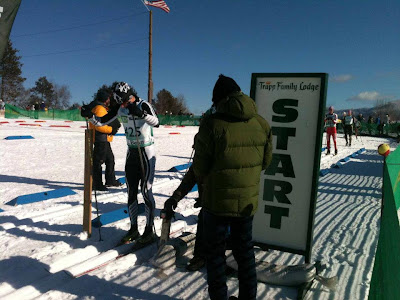 (Eric on the line at Trapps flying the flag in the states ! )
Until next time ! RNR
Up Next Section 5 State Qualifier for the Juniors and the Gatineau Loppet for the big boys !