Since I was pondering Marcus Hellner’s season just the other day, I thought I’d take a closer look at how his result tend to shift over the course of a season. He has struggled during the later parts of this season, but has that been true before in general?

Here are his results in distance races: 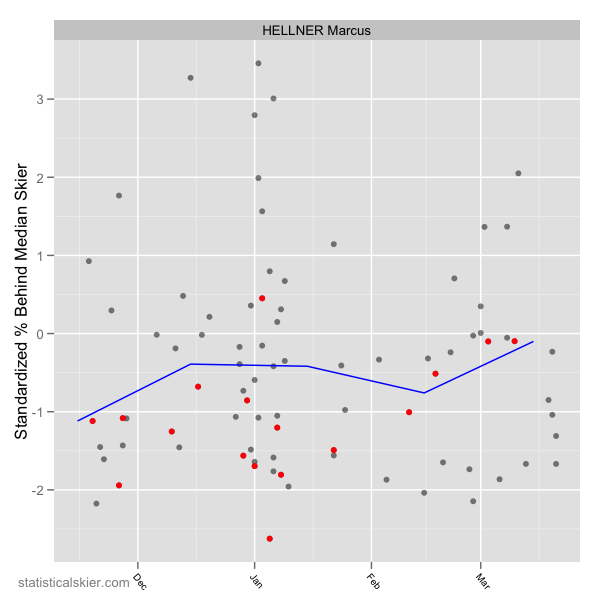 This season’s results are highlighted in red. The interesting trend in the later half of the season for Hellner is that he tends to have either great races, or mediocre races, but not much in between. 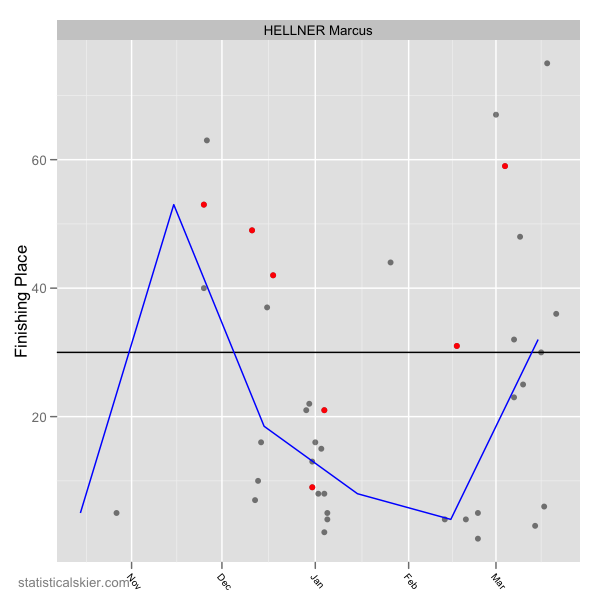 The trend line here for his sprint results bounces around a lot in a spurious fashion due to some small sample sizes. But note the mid-December to early January period. Hellner seems to have had good luck sprinting in the Tour de Ski, but considerably less so elsewhere.

Carolyn & Santi Ocariz Rollerski Across U.S. for Others