In a post last week I talked about how I felt that a single early season result wasn’t necessarily a great predictor of how someone will tend to ski (on average) during the rest of the season. I feel like most people would accept that this is, in principle, generally true. Just because you pop a great race in November doesn’t mean you’ll be killing it in February.

A commenter pointed out, though, that while that person with a single great early season result might have worse results in an absolute sense for the rest of the season, they might still do better than everyone else. And that’s really all that matters if you’re selecting people for an event. That’s a good point, so I went for a somewhat more specific comparison and found that my statistical intuition wasn’t quite as correct as I had thought. 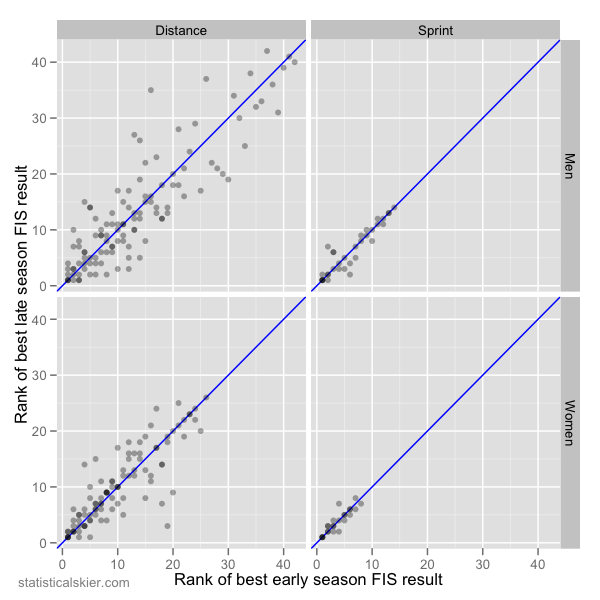 Of course, there’s still some variability here that means it’s not perfect. (What in life is?) So you can see several instances where the person with the best FIS result in the early season only had the 4th-5th best median FIS point races for the rest of the season. But it’s much more highly correlated than I would have thought based solely on my mathematical intuition. Chalk one up for my commenters!