The ski world has been rattled by COVID19 and Canada is no different. One thing hasn’t changed, the new year starts on May 1st and brings changes.

Stéphane Barrette, NC’s Directeur du développement des athlètes et entraineurs, will be acting CEO. Barrette’s work on a partnership with XC Ski Nation to produce a series of videos and his effort to start a new club, Ski de fond Montréal, are two visible projects from a person better known to coaches and clubs than to athletes and fans.

Dave Dyer, who directed cross-country events for many years and shared the work with Jeff Ellis this past season, officially retired March 31st. Dyer was CCC Race Director for all of Ellis’ racing career and had several title changes during his 18 years in the role before ending as Events Director. Ellis is now in sole charge of event planning, which, Ellis said, will be a bit different this year.

“This current crisis is a real opportunity to examine what it takes to put on an event.  Where can we reduce the financial risks for all while providing well run, efficient competitions?” — Ellis

As is almost traditional in Canada, there are protests over the National Team Selection. The High Performance Committee (Joel Jaques for NC, Erik Bråten as head coach, two athlete reps, and 14 coaches from across the country) decided to use the original selection criteria despite the loss of the end of the season. This criteria was focussed on developing a team for 2026 and the HPC interpretation is summarized here.

One of the results was that Katherine Stewart-Jones was dropped from the team. Stewart-Jones is the current COC leader after either winning or being top Canadian in six NorAm events in December, finished 29th overall in the Scando Tour from Sweden to Norway, earned a first and second at an OPA Cup in Italy, and was looking dialed-in for the World Cup Final in her new home of Canmore when FasterSkier saw her training in March. She was born in 1995, and that matters.

“Discretion was available to athletes born in 1996 and after,” Pearsall told FasterSkier on May 2nd, and summarized the thinking behind it as “we’ve got an eye on 2026.” (Pearsall’s own retirement didn’t come up in the talk about what is new for the coming season, it would be announced six days later.)

An athlete born in 1995 or earlier needed to score two WC top 20’s, or one WC top 12, or finish the season with 22 or more WC points. In the shortened season, only Dahria Beatty met this criteria with 23 points over five WC weekends. Cendrine Browne and Maya MacIsaac-Jones also earned WC points this season, but not enough to rejoin the National team.

The social media storm on selection was inflamed when NC deleted the original posts to make a correction, which also deleted many highly emotional comments.

Multiple athletes have protested the selections; FasterSkier will have more when the hearings are complete and athletes are free to talk. Maybe the Norwegian system of full coaches’ discretion, no protest process, would cause less controversy? Or maybe not, if you ask Martin Johnsrud Sundby fans. Either way, we can be sure that lots of people are passionate about the sport. 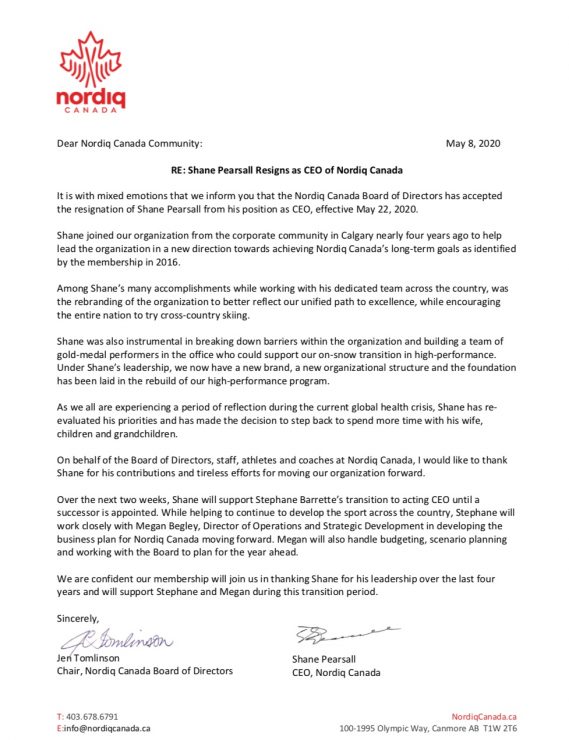